Werder Bremen and Eintracht Frankfurt are set to square off at the Weserstadion in a handsomely-looking Bundesliga match-up.

Werder Bremen pulled off a historic comeback at Borussia Dortmund last time out, coming from a 2-0 deficit to claim an unprecedented 3-2 win despite being two goals down in the 89th minute. After snapping a run of back-to-back Bundesliga draws at the start of the campaign, the hosts are now on the lookout for their first top-flight home triumph in eight matches. Incidentally, Werder’s last Bundesliga victory at the Weserstadion came at the expense of non-other than Frankfurt, courtesy of a 2-1 success in February 2021. What’s more, only perennial German champions Bayern Munich (15) have netted more league goals than ‘Die Werderaner’ (7) across the opening three matchdays. Werder’s prolific start to the season may go on, with the hosts bagging precisely two goals in three of their last four top-flight H2Hs at home (W2, D1, L1).

In the meantime, Eintracht Frankfurt’s sensational Europa League triumph last season could be the only saving grace for under-pressure boss Oliver Glasner. Instead of drawing inspiration from their first major European title in the 21st century, ‘Die Adler’ have experienced an embarrassing start to the new Bundesliga season, going winless in all three matches to date (D2, L1). With long-serving stalwart Filip Kostic now plying his trade at Juventus, Frankfurt’s hopes of finding their feet in front of goal have dwindled. Glasner’s men have scored precisely once in each of their inaugural three league fixtures this term and have yet to get on the scoresheet before halftime. 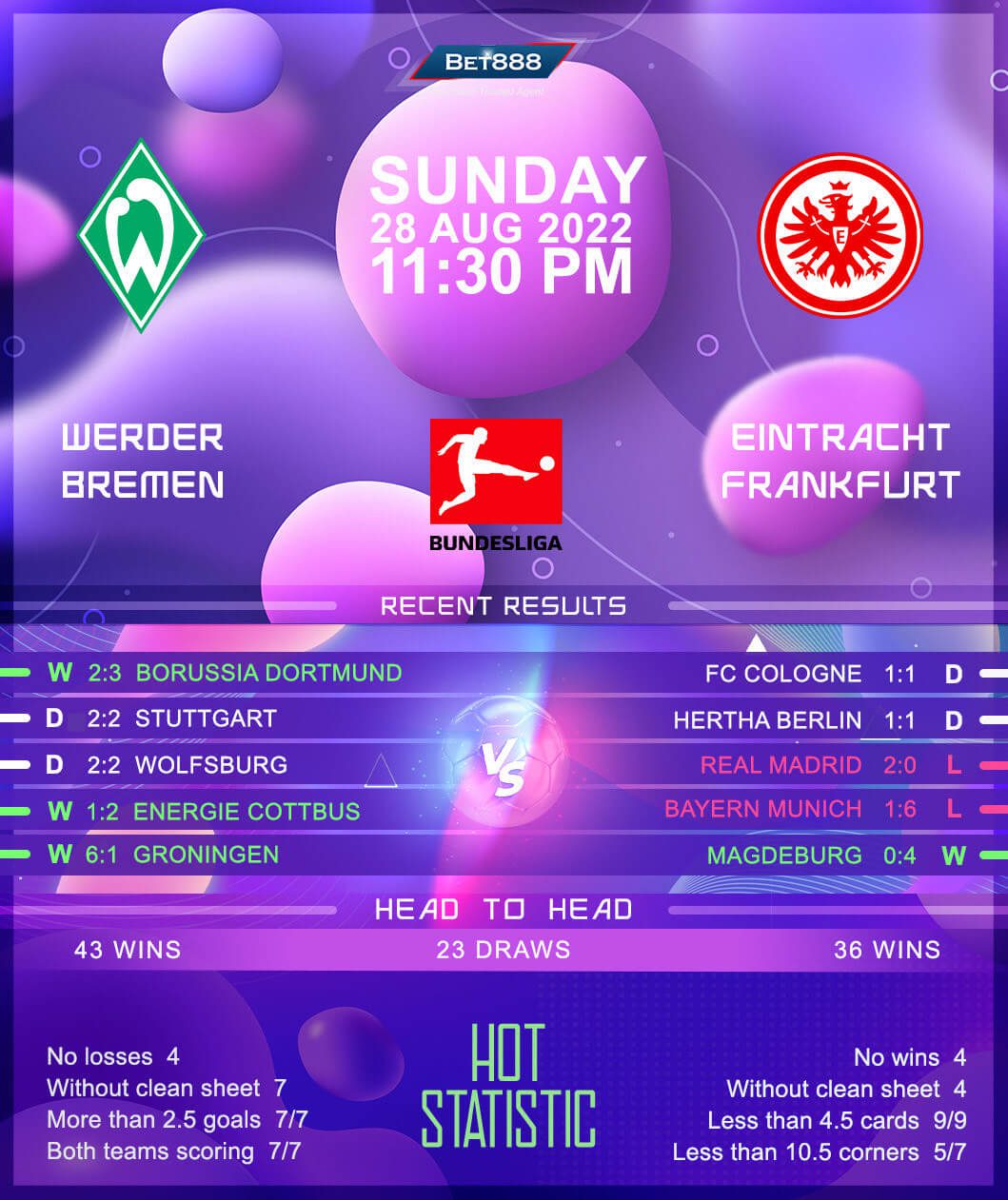