Villarreal painted their return to La Liga action after the World Cup break with flying colors, coming from behind to dispatch Valencia 2-1 at home to remain within a one-point distance of the European spots. ‘El Submarino Amarillo’ team ran riot in midweek Copa del Rey action, trouncing lower-league Cartagena SAD 5-1 on the road. That was their fifth victory in a row following a poor run of three defeats at the start of Quique Setien’s reign. Unbeaten in their last ten La Liga matches against sides from the Madrid region (W5, D5), Villarreal held ‘Los Merengues’ to identical 0-0 draws in 2021/22. Indeed, those shutouts form part of Villarreal’s impressive run of six clean sheets in their last ten top-flight games against the teams from the capital.

In the meantime, Real Madrid squeezed past lower-league Cacereno 1-0 in midweek Copa del Rey action, following up a 2-0 triumph at Real Valladolid on their return to La Liga action following the World Cup. Carlo Ancelotti’s men are now seeking a hat-trick of away triumphs ‘to nil’ on the road, having tied with Barcelona at the top of the La Liga standings last weekend. Except for an underwhelming 3-2 defeat at Rayo Vallecano in November, the reigning Spanish champions have won their remaining seven league games away from home this season, including the last three without conceding. However, taking points away from La Ceramica has proved daunting of late, with Madrid going winless in six their last seven top-flight visits to this venue (W1, D5). 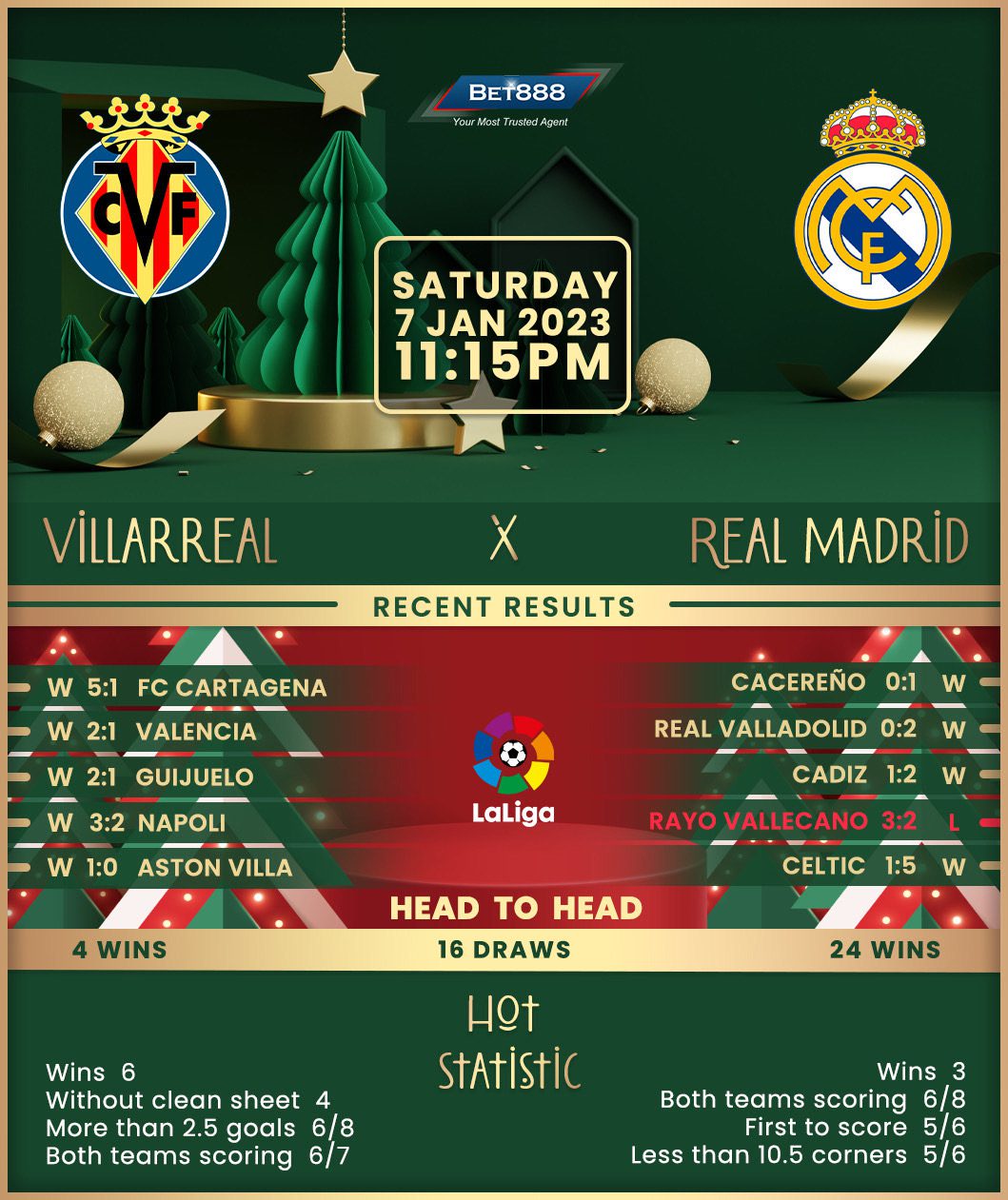