Odds-on favourites to win this tie and qualify for their first-ever Europa Conference League group stage appearance, Villarreal got the new La Liga season off to a flying start. After an underwhelming 7th-place finish in 2021/22, ‘El Submarino Amarillo’ hammered newly-promoted Real Valladolid in a curtain-raising fixture, making it two consecutive league triumphs by 2+ goals ‘to nil.’ Unai Emery’s side enjoyed a phenomenal Champions League run last season, reaching the competition’s semi-finals, where they bowed out to Premier League big guns Liverpool. However, it’s worth mentioning that the Spaniards only won two of their six European home matches last season (D2, L2), four of which featured under 2.5 total goals.

Meanwhile, visiting Hajduk Split will show up in low spirits after turning an early 1-0 lead into a horrendous 4-1 defeat away to bitter domestic rivals Dinamo Zagreb last time out. However, the Croatian powerhouse defied the expectations to beat Portuguese side Vitoria Guimaraes 3-2 on aggregate in the previous qualifying round (3-1 H, 0-1 A). Hajduk are potentially 180 minutes away from returning to a European competition group stage for the first time since the 2010/11 Europa League group phase. In order to achieve that, the ‘Masters from the Sea’ will have to stand up against their abysmal overall record on Spanish soil (D2, L3), having drawn a blank in four of their last five visits to the Iberian country. 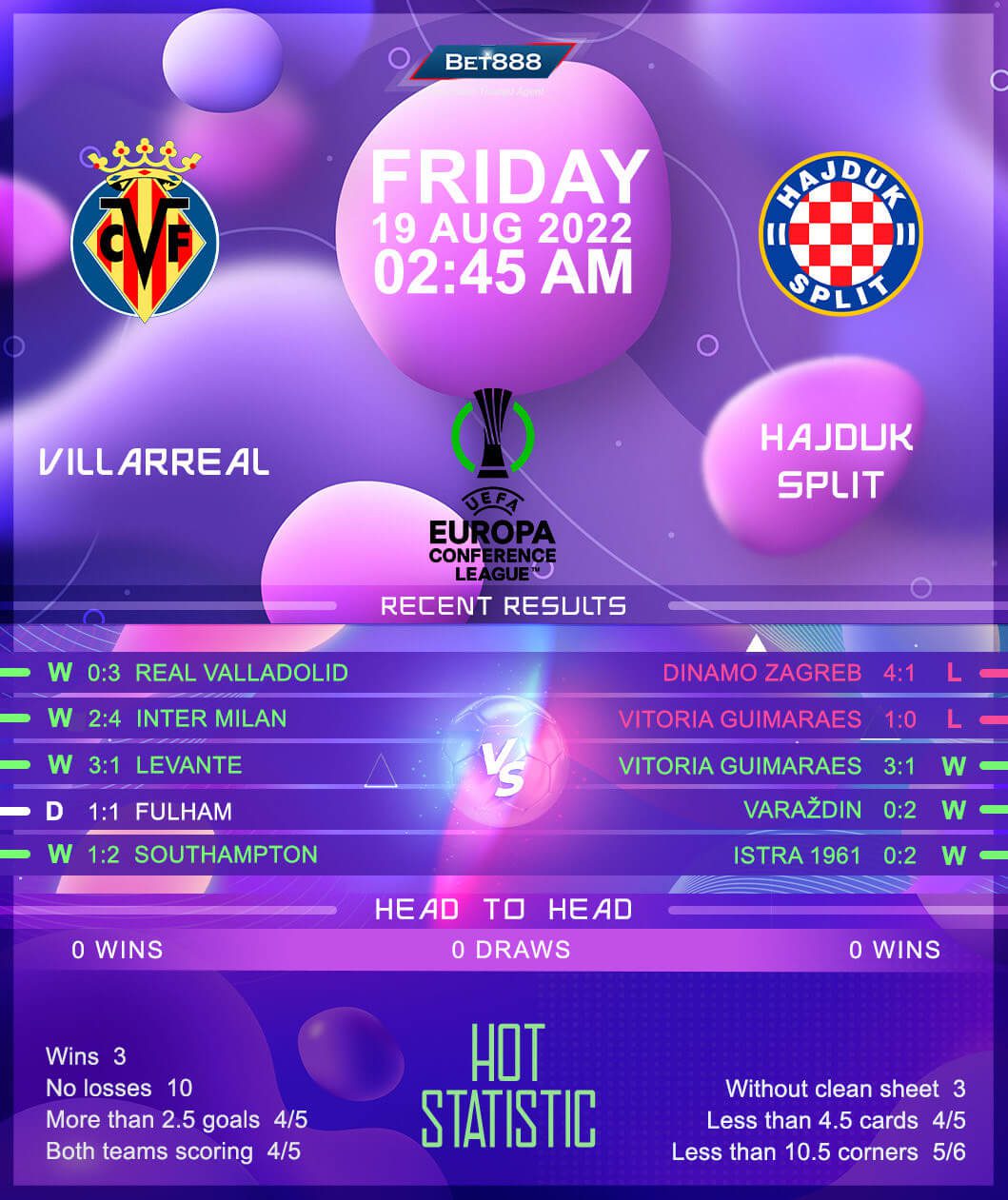