Doosan Arena is the venue as Viktoria Plzen and Qarabag go head-to-head in the second leg of their evenly-poised Champions League playoff tie.

There’s all to play for in the Czech Republic following a first-leg goalless draw in Azerbaijan. Seeking a return to the Champions League group stages for the first time in four years, the hosts head into proceedings having won four of their five qualifying fixtures this season (D1). Indeed, Michal Bilek’s men have yet to lose a single competitive outing this term (W6, D2), with five of their six wins in this span yielding an identical 2-1 scoreline. On top of that, the reigning Czech Republic champions are unbeaten in their last 26 competitive home games at the Doosan Arena (W24, D2), while they’ve won seven consecutive home matches in continental action.

In the meantime, visiting Qarabag are looking to return to the Champions League group stages for the first time since 2017/18. Despite wasting numerous decent chances to take the lead in the first leg, the Azerbaijani heavyweights come into this encounter in high spirits, going unbeaten in their last five competitive outings (W3, D2). However, before beating Hungarian champions Ferencvaros 3-1 in their most recent continental away trip, Qarabag had lost their opening two Champions League qualifiers on hostile turf this term. Those defeats are the visitors’ only failures across their last 11 competitive travels (W8, D1). It’s also worth noting that free-scoring Qarabag have netted 14 goals during the ongoing Champions League qualifying campaign, more than any other side. 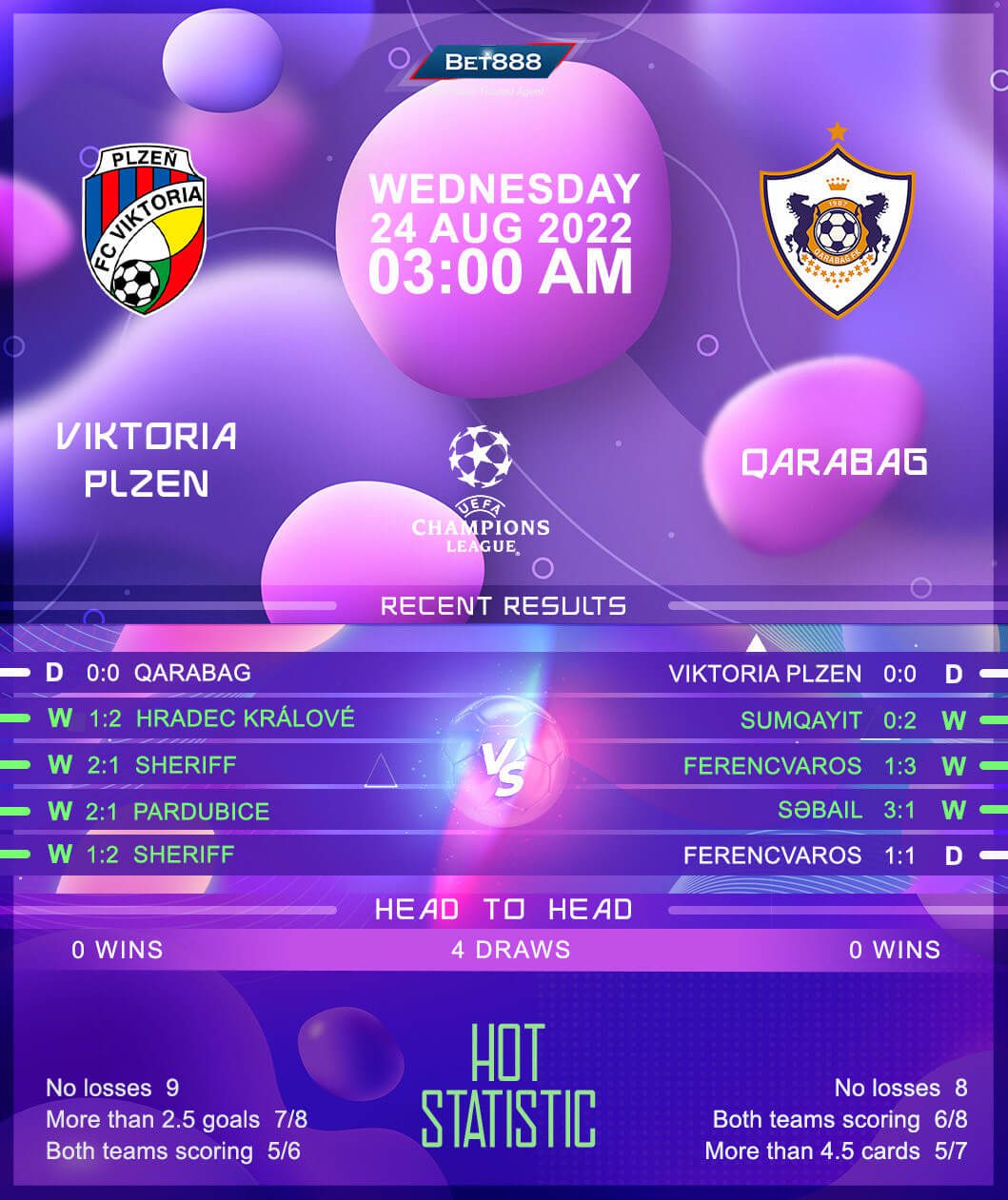