Drawn alongside Barcelona, Bayern, and Inter Milan in the sternest Champions League group, Czech First League table-toppers Viktoria Plzen are miles away from advancing to the competition’s knockouts for the first time ever. They have so far lived up to their status as Group C whipping boys, losing their opening three European fixtures via an aggregate score of 12-1, including a 5-0 demolition in Munich last week. That defeat forms part of Plzen’s disastrous 100% losing ratio across their five historic meetings with Bayern in major European competitions. Indeed, they’ve lost all three Champions League H2Hs in the 21st century, conceding 11 unanswered goals. Nothing should change this week, considering the Czechs have yet to keep a clean sheet across ten Champions League home outings, shipping 22 goals in total.

Meanwhile, visiting Bayern Munich have put one foot in the Champions League round of 16 after winning their opening three Group C games by an aggregate score of 9-0. Safe at the summit, the ‘Bavarians’ can seal their place in the knockouts with another win in Plzen. Owners of an outright competition record, Julian Nagelsmann’s men are unbeaten across their last 31 Champions League group fixtures (W28, D3), suggesting Sadio Mane & Co may have a field day in the Czech Republic. Nagelsmann will pray for such a scenario after seeing his side pegged back from a 2-0 lead in an enthralling 2-2 draw at fierce Bundesliga rivals Borussia Dortmund over the weekend. Adding to Nagelsmann’s confidence, he has won his last 11 Champions League group matches, with his men netting a staggering 38 goals in that span. 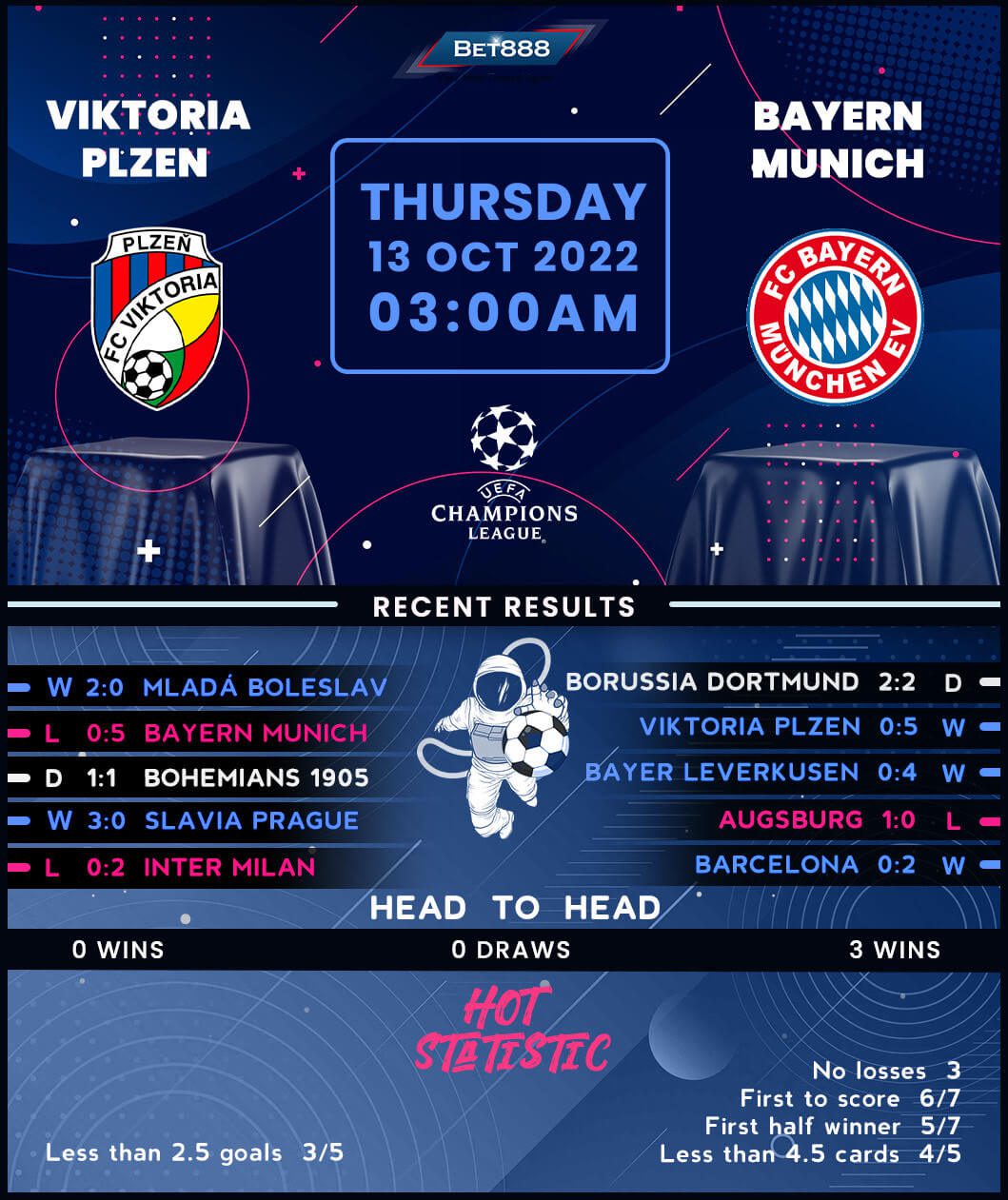