Sân vận động Thống Nhất is the venue as Vietnam and Singapore lock horns in an all-Asian international friendly.

After a failed attempt to ensure their first-ever appearance at the World Cup finals, Vietnam scored on either side of halftime to claim a morale-boosting 2-0 friendly win over Afghanistan last time out. Scoring first could be of paramount importance for the outcome of this fixture, considering 11 of Vietnam’s previous 13 internationals have seen one or both sides fail to get on the scoresheet (W5, D3, L5). Though this will be the first meeting between the ‘Golden Star Warriors’ and Singapore since June 2016, it’s worth noting that their last two H2Hs have seen a scoring blank on at least one side (W1, D1). Park Hang-seo’s men have been the epitome of inconsistency on home turf since the start of 2021, with none of their ten home games in this span ending as a draw (W5, L5).

In the meantime, Singapore never stood a chance of reaching their maiden World Cup appearance, bowing out already in the first stage of qualifiers. But on the bright side, they thumped fellow Southeast Asian minnows Myanmar 6-2 in their most recent outing to halt an underwhelming run of three straight international defeats. The ‘Lions’ have blown hot and cold since the calendar year flipped to 2022, racking up three wins and three losses from six internationals. The fact that three of those results (win/loss) witnessed the winner keep a clean sheet highlights the importance of the opening goal. Yet Takayuki Nishigaya’s men head into proceedings as pre-match outsiders, courtesy of zero victories on their last seven visits to Vietnam (D4, L3). 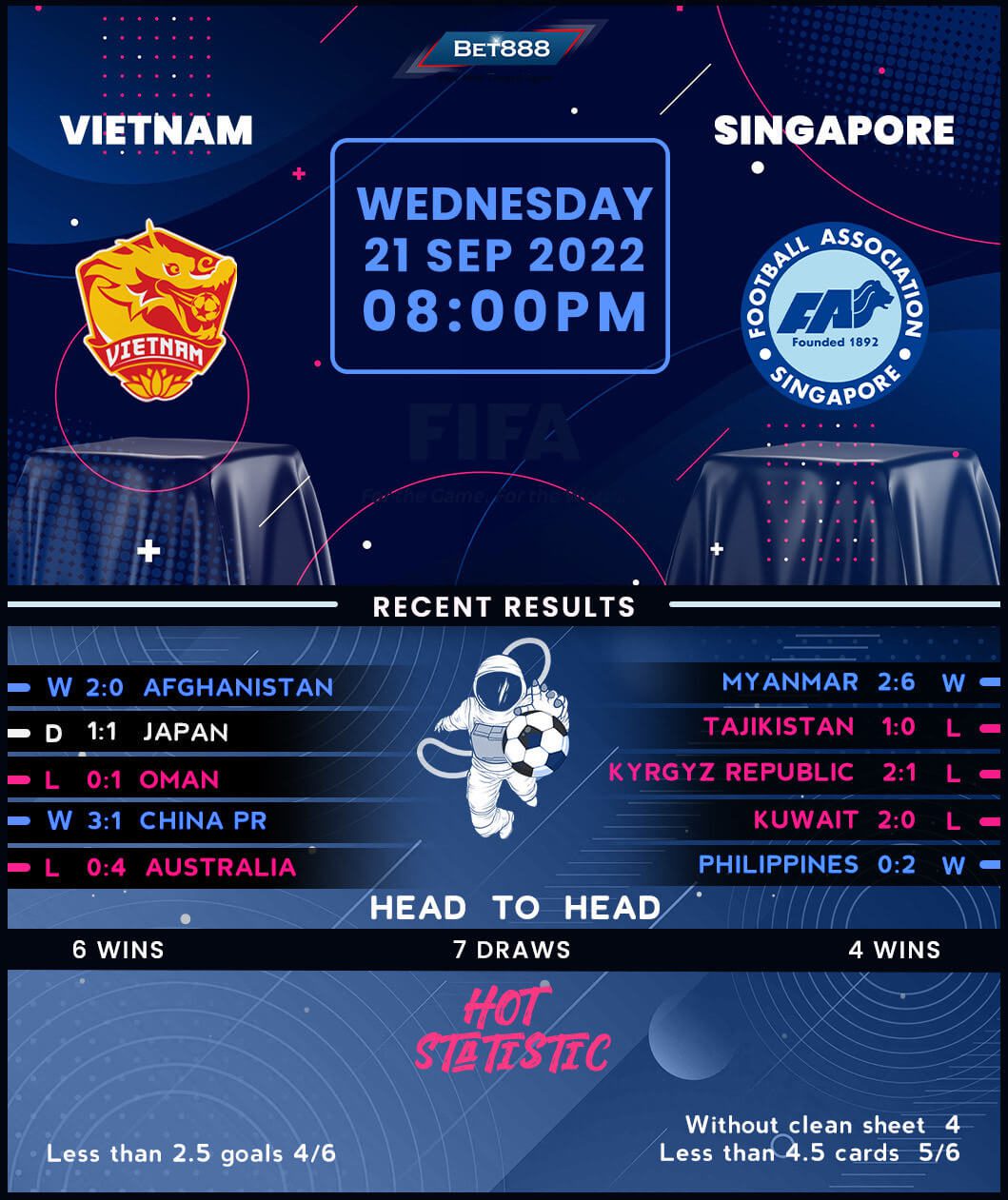