The 2022 AFF Championship Group B reaches its climax as Vietnam and Myanmar lock horns in their final group-stage outing at the My Dinh National Stadium.

With Malaysia and Singapore meeting face-to-face in the other final-day contest, avoiding defeat will do the trick for Vietnam, who, after winning their opening two Group B matches by an aggregate score of 9-0, drew goallessly against Singapore last time out. As the only nation at the tournament yet to concede a single goal, the ‘Golden Star Warriors’ should have no problems overcoming a Myanmar side they’ve held winless in their five previous H2Hs (W3, D2). Adding to this sentiment, they’ve not lost any of their last nine internationals, all competitions included (W7, D2), registering a whopping seven clean sheets in the process.

On the other hands, Myanmar’s hopes of reaching the AFF Championship knockouts for the first time since 2016 are already dead in the water. After starting their Group B journey with back-to-back one-goal margin defeats to Malaysia and Singapore, the ‘Chinthe’ hit back twice to hold group minnows Laos to a 2-2 draw last time out. With nothing but pride left to play for, Myanmar could only hope the absence of pressure would help them arrest an underwhelming 12-game winless streak (D2, L10). But since they last won in December 2021, courtesy of a 2-0 beating of sub-par East Timor in the AFF Suzuki Cup, it’s hard to see them stunning more heavily fancied Vietnam. 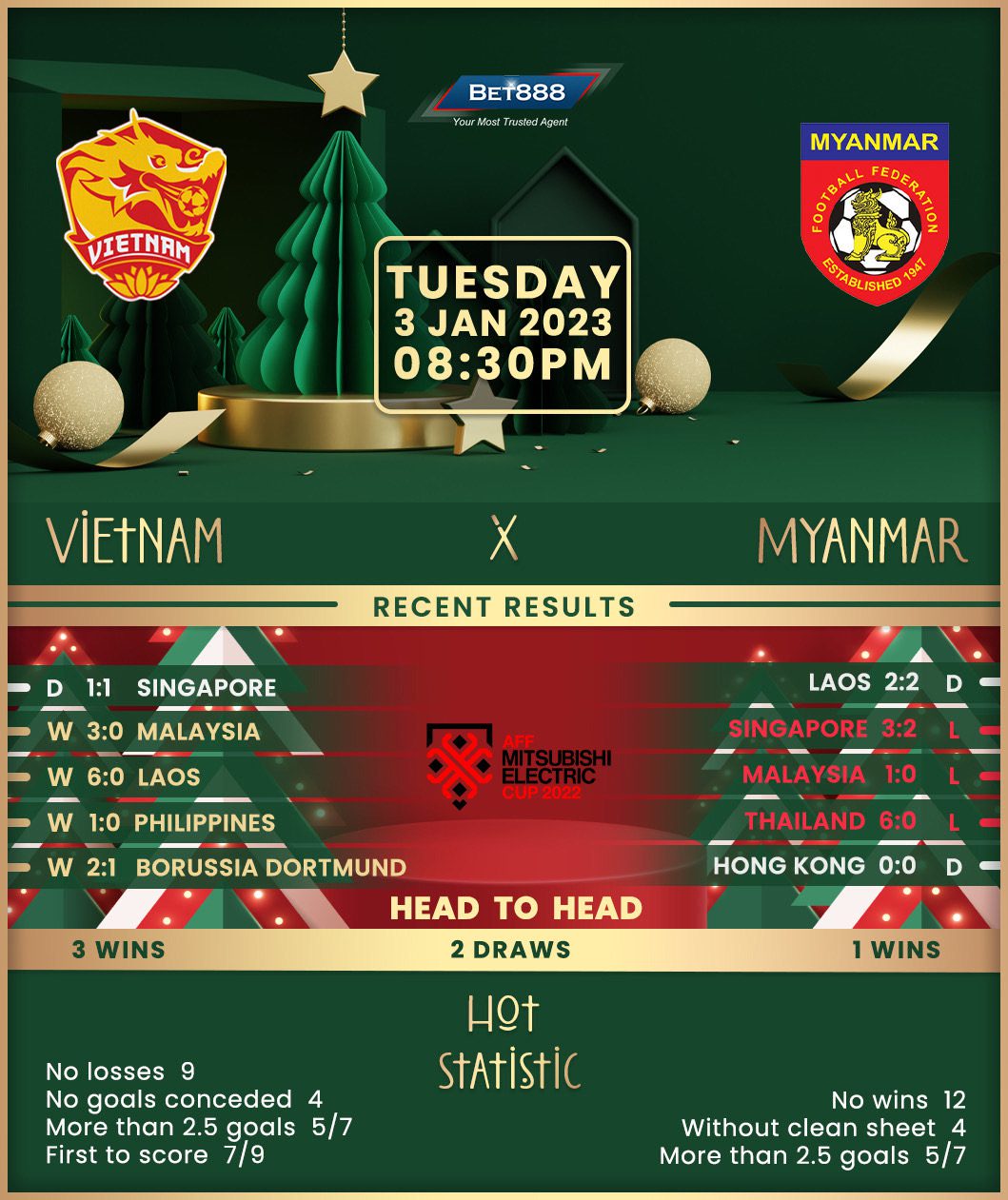