Valencia and Real Betis are set to trade tackles at the Estadio de Mestalla in a handsomely-looking La Liga encounter.

With ‘Lady Luck’ seemingly turning her back on Valencia in recent weeks, unfortunate own goals and cheaply given penalties have led them to an underwhelming five-game winless run in La Liga (D3, L2). Heading into the final La Liga round ahead of the World Cup break, ‘Los Murcielagos’ find themselves closer to the relegation zone than the top six, highlighting the importance of winning this game. However, Gennaro Gattuso’s men are winless in their last four top-flight meetings with Betis (D1, L3) and could equal the club’s worst-ever H2H run without winning, dating back to 1978. That scenario seems very much on the cards, considering they’ve lost both previous league fixtures against Betis without scoring on home turf. By contrast, Valencia have racked up five wins from their last six home La Liga games (D1).

On the other hand, visiting Real Betis could only manage a 1-1 home draw against fierce city rivals Sevilla at the weekend in a match that saw two of their standout performers, Borja Iglesias and Nabil Fekir, sent off. Betis’ see-saw domestic form across the last five La Liga rounds (W2, D2, L1) has largely contributed to their current fifth place in the table after spending most of the 2022/23 top-flight season in the top three. On the bright side, Manuel Pellegrini’s men haven’t lost any of their last three away league matches (W1, D2), keeping a clean sheet on each occasion. Moreover, ‘Los Verdiblancos’ have been victorious on their last three La Liga travels to take on Comunidad Valenciana teams. 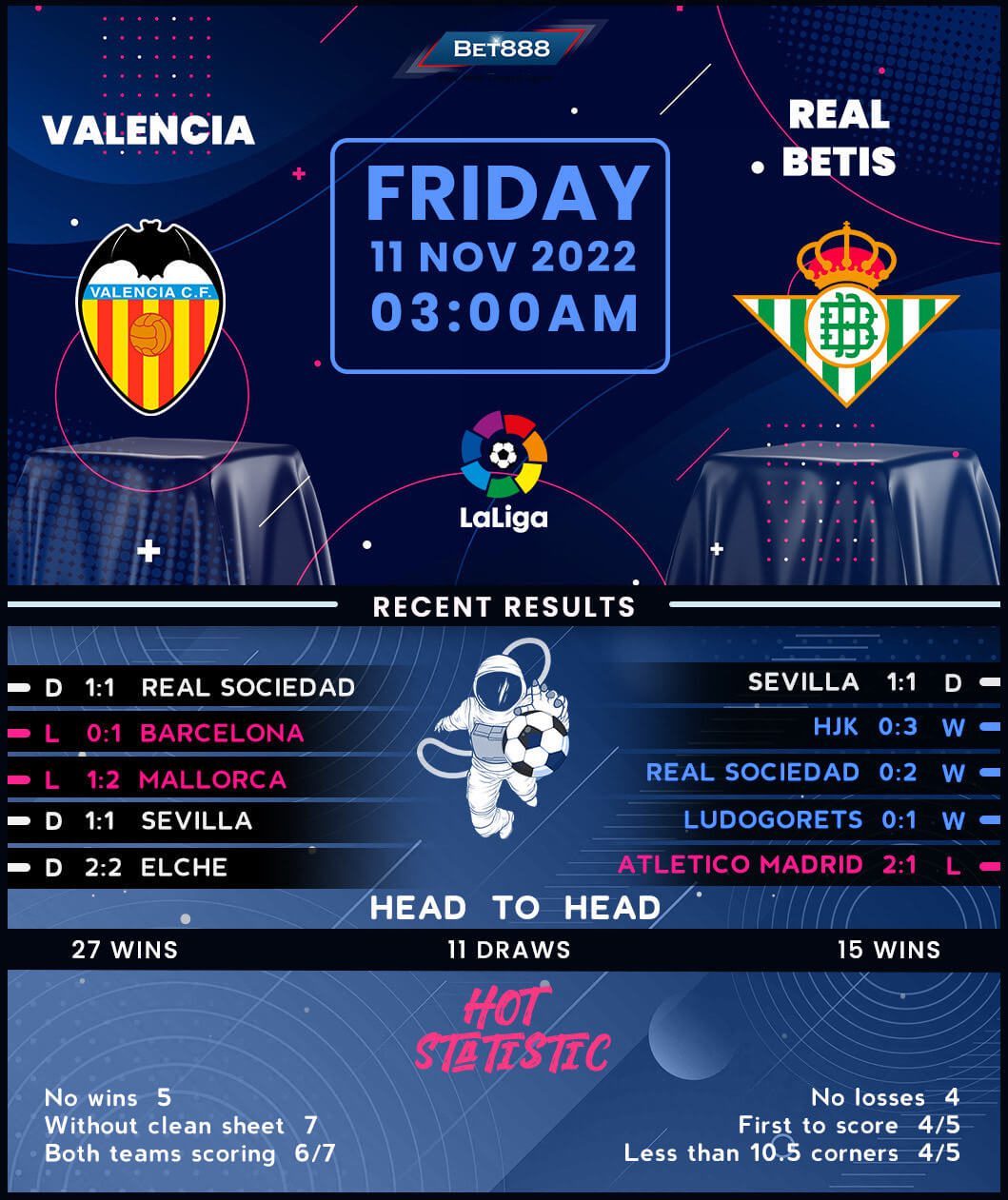