Stadion An der Alten Försterei is the venue as Union Berlin and Hertha BSC go head-to-head in their 2022/23 Bundesliga opener.

Union Berlin defied the odds to secure their maiden Europa League promotion last season, finishing fifth in the table, just three points adrift of fourth-placed RB Leipzig. Keen to do one better this term, ‘Die Eisernen’ will fall back on their stellar domestic form down the final stretch of last season that saw them rack up six wins from seven Bundesliga outings (D1). Manager Urs Fischer encourages his side to practice high press, which resulted in Union Berlin scoring more goals from high turnovers (12) than any other Bundesliga side last season. He will be eager for more of the same here as his men are seeking their first home win in the Bundesliga matchday one following three failed attempts (D1, L2). New signing Sven Michel could bolster the hosts’ scoring proficiency this season, with Union (50) netting fewer goals than any other top-half Bundesliga side last term.

Meanwhile, led by departed manager Felix Magath, Hertha BSC pulled off a second-leg comeback to beat Hamburger SV in last season’s relegation playoffs and maintain their top-flight status. After experiencing their worst Bundesliga finish since 2011/12, Hertha will be desperate to avoid another torrid domestic campaign, having strengthened their squad with several exciting young players over the summer. Since last returning to the Bundesliga in 2013, ‘Die Alte Dame’ have racked up six victories from nine top-flight curtain-raising fixtures (D1, L2), suggesting they could be off to a strong start here. By contrast, they have lost all three previous competitive meetings with Union Berlin and head into proceedings off the back of a penalty shoot-out defeat to Eintracht Braunschweig in last weekend’s DFB Pokal opener. 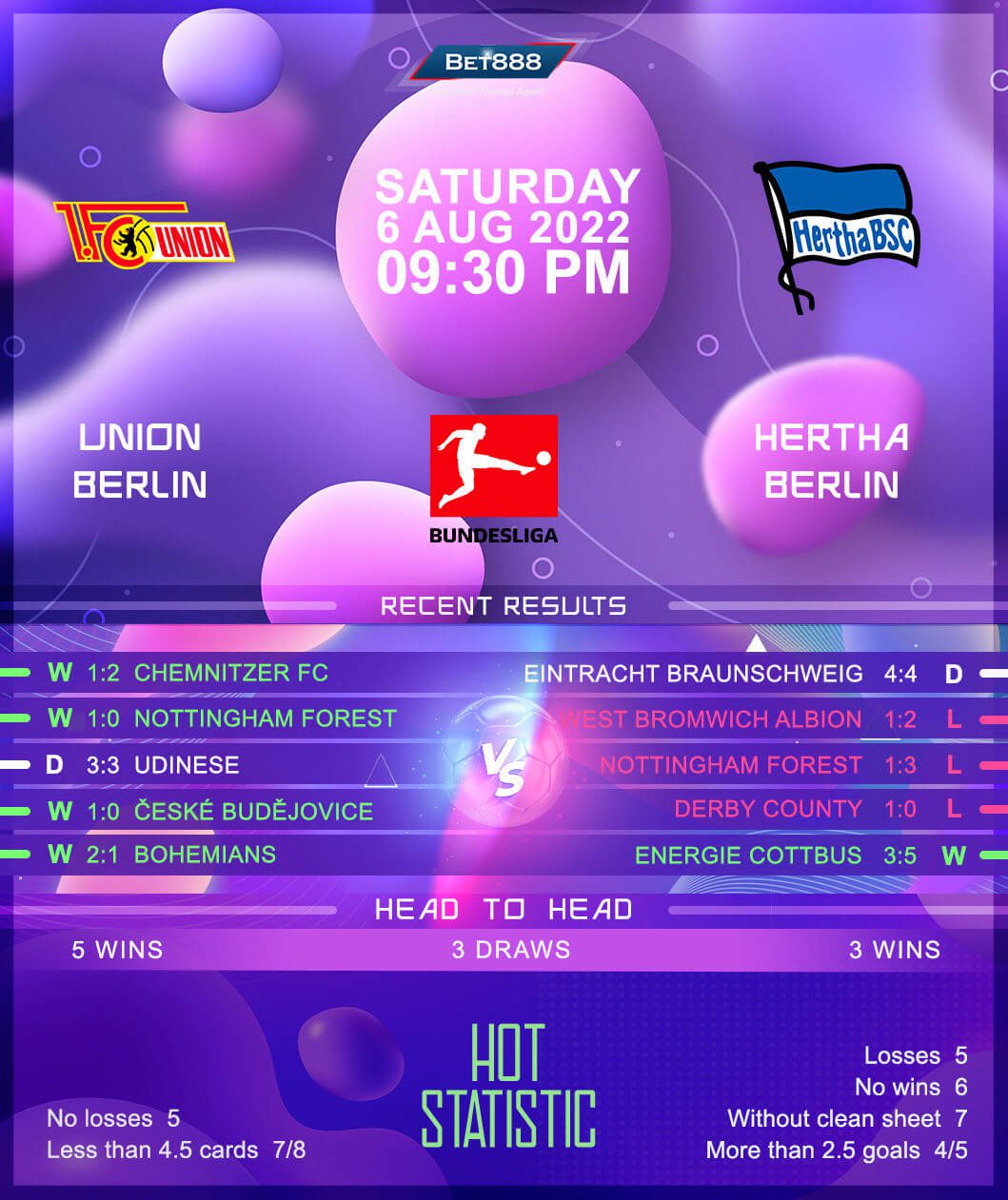