Turkey will host Sweden at the Yeni Eskisehir Stadyumu in Eskisehir, hoping to get a positive outcome and close the gap on the UEFA Nations League Group B/2 leaders Russia.

The Crescent-Star are not going through the best of times, as they’ve lost two Nations League encounters, both to the 2018 World Cup hosts. However, Mircea Lucescu’s players have defeated Sweden in the first leg on the road, wrapping up a significant 3-2 victory. If they look to challenge Russia for the top spot, Turkey must secure all three points in this match but looking at their latest displays it’s going to be far from simple. Turkey have achieved just one win in the last six matches, having lost two times while playing out three draws in the process. Moreover, Lucescu’s side only managed to keep a clean sheet twice in the previous 13 meetings although they’ve notched at least one goal eleven times during that period.

On the other hand, after returning from Russia, the Blue-Yellow failed to register a triumph in four consecutive matches. Janne Andersson’s players have lost to Austria and Turkey, while they’ve played out two draws with Russia and Slovakia. With two games played in the Nations League, Sweden currently reside at the bottom of the table, as the only team that is yet to get a victory. However, if Andersson manages to motivate his players to replicate the same displays from the World Cup group stage, the Scandinavians could interfere in the top spot race. In the past five matches, Sweden have only kept a clean sheet once, having conceded eight goals in the process. Meanwhile, they’ve failed to find the back of the net three times in that period. 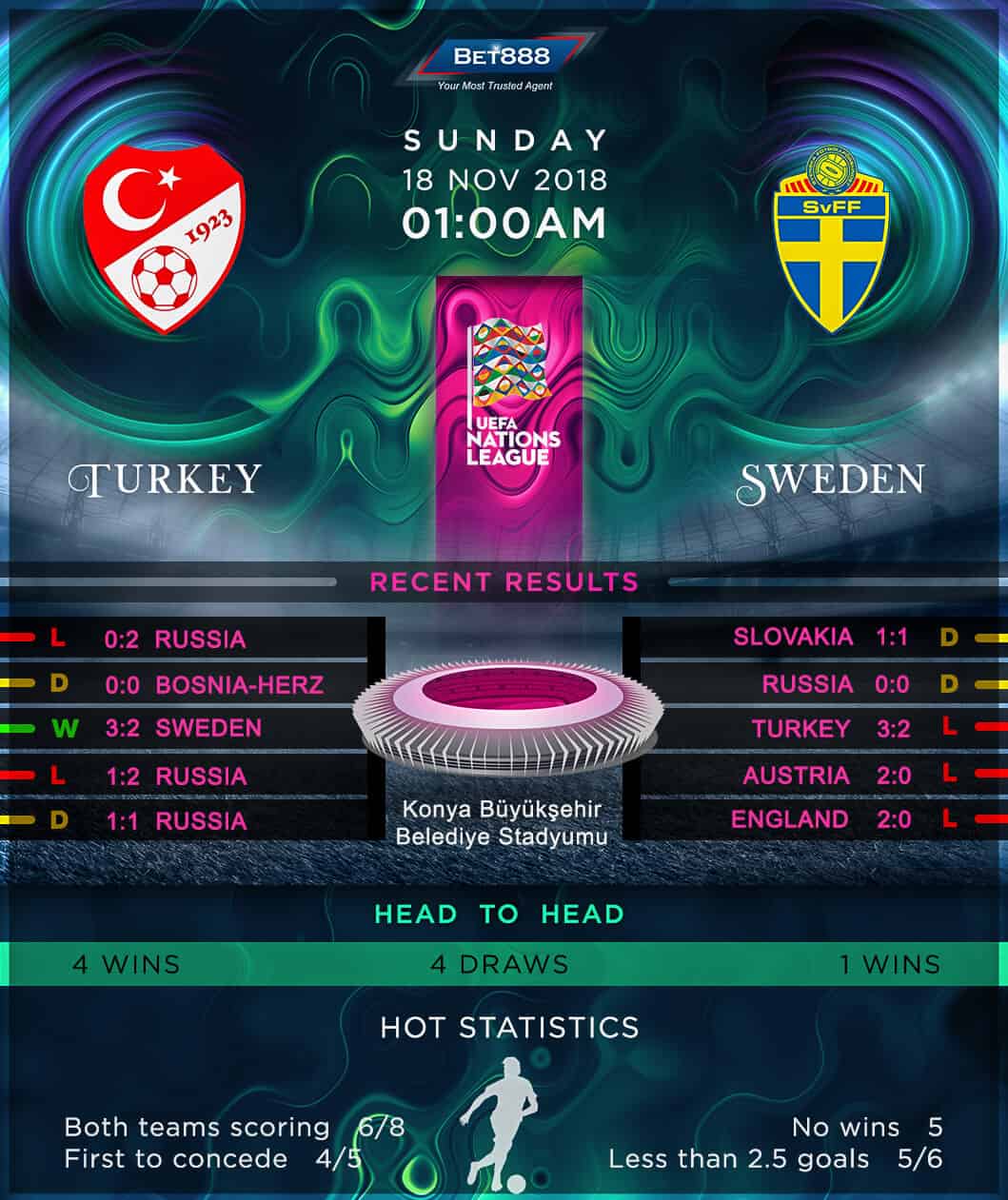