PreZero Arena is the venue as TSG Hoffenheim and Eintracht Frankfurt go head-to-head in a potentially exciting, high-octane Bundesliga fixture.

Hoffenheim have picked themselves up from an embarrassing 4-0 defeat at Bayern Munich in late October, racking up three victories in their subsequent four Bundesliga matches (L1), including a scintillating 6-3 romping of Greuther Furth last time out. Though they enter the business end of the calendar year trailing fourth-placed Union Berlin by three points, ‘Die Kraichgauer’ are where they stood after 13 gameweeks before their most recent top-four finish back in 2017/18. Since an underwhelming 2-0 home loss to Mainz back in early September, Hoffenheim have turned the PreZero Arena into a fortress, winning their last five competitive matches here by an aggregate score of 17-2. However, their recent renaissance is on the line here, as they take on a side they’ve lost to in all six previous top-flight H2Hs.

In the meantime, Eintracht Frankfurt look to have finally found their feet in the Bundesliga following a dreadful ten-game start to the season (W1, D6, L3), winning their last three league matches, two of which yielded the same 2-1 scoreline. Interestingly, three (75%) of Frankfurt’s four Bundesliga triumphs this season have come away from home, with two of them seeing ‘Die Adler’ come from behind to seal the three points. A noticeable upturn in form has seen Eintracht win four of their last five outings in all competitions (D1), one more than they managed across their opening 14 this season. Though another victory is all but a foregone conclusion, Oliver Glasner’s men will be confident of at least finding the net here, having scored in their last eight league meetings with Hoffenheim. 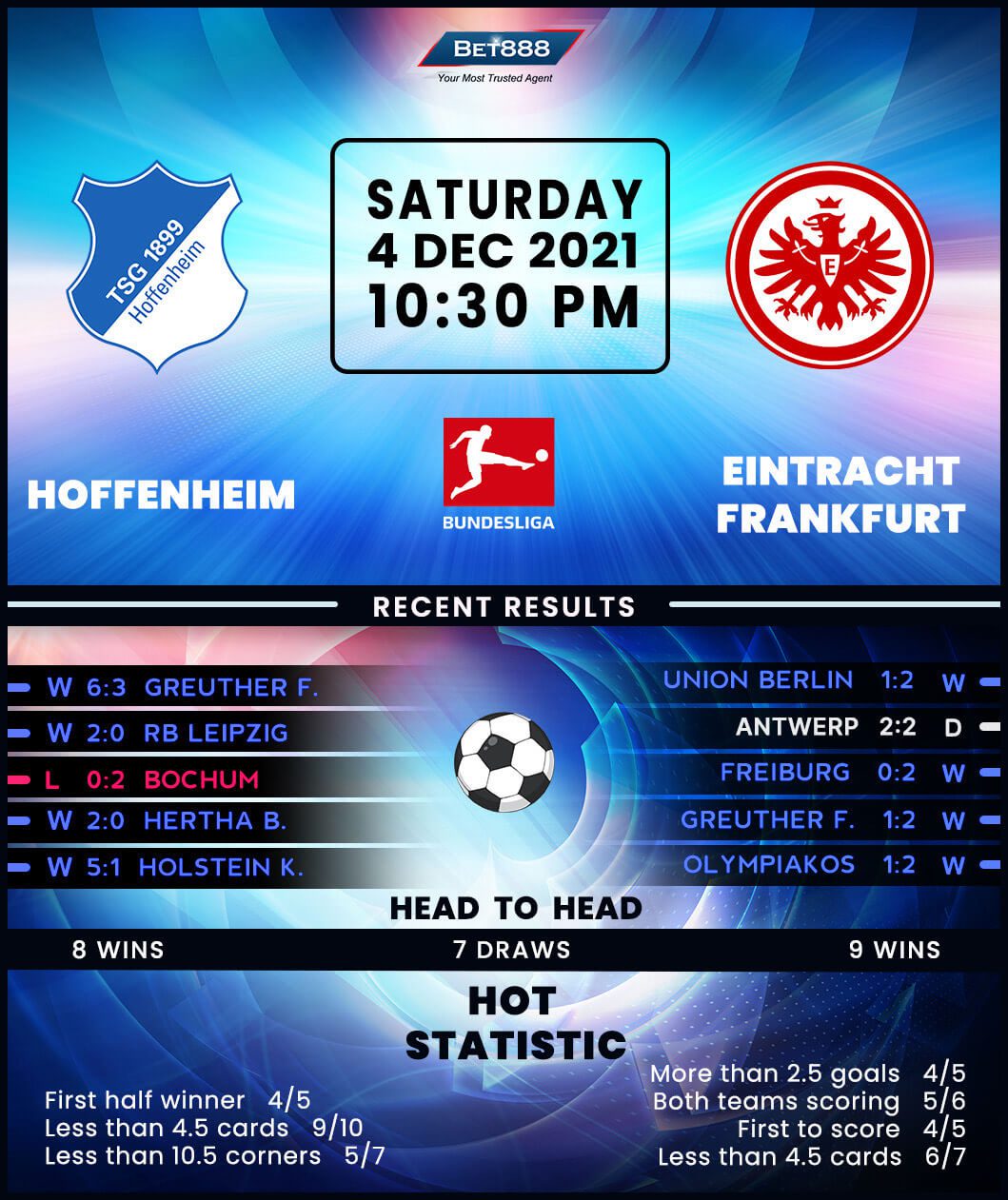