PreZero Arena forms the backdrop for a handsomely-looking Bundesliga encounter between TSG Hoffenheim and Bayern Munich, the two sides with high ambitions for this season.

Following last season’s mid-table finish, Hoffenheim look hellbent on securing European football for the first time since finishing sixth in 2019/20. Just one point adrift of the top four ahead of the kick-off, ‘Die Kraichgauer’ come into proceedings on the back of a 3-0 hammering of Schalke, which helped them arrest an underwhelming three-game winless Bundesliga run (D2, L1). Andre Breitenreiter’s side moved on to dispatch the same opposition 5-1 in midweek DFB-Pokal action and boost their spirits ahead of this fixture. There’s every reason for optimism in the Hoffenheim camp, as they’ve gone unbeaten in their last two home league clashes against Bayern (W1, D1) and could make it three in a row for the first time since 2017.

As for Bayern Munich, a come-from-behind 5-2 demolition of Augsburg in the DFB-Pokal a few days ago saw them build on a stellar 5-0 home victory over Freiburg. Yet Julian Nagelsmann’s men have experienced an unusually lacklustre Bundesliga start, winning only 50% of their opening ten league outings (W5, D4, L1). Amid growing speculation of Nagelsmann’s uncertain future at the Allianz Arena, the perennial German champions have cruised to three landslide wins in a row via an aggregate score of 14-4 to consolidate their manager’s position in the dugout. However, after squandering a two-goal cushion in a 2-2 draw at Borussia Dortmund on their most recent Bundesliga travel, the ‘Bavarians’ are winless in three consecutive top-flight away matches for the first time since 2012. 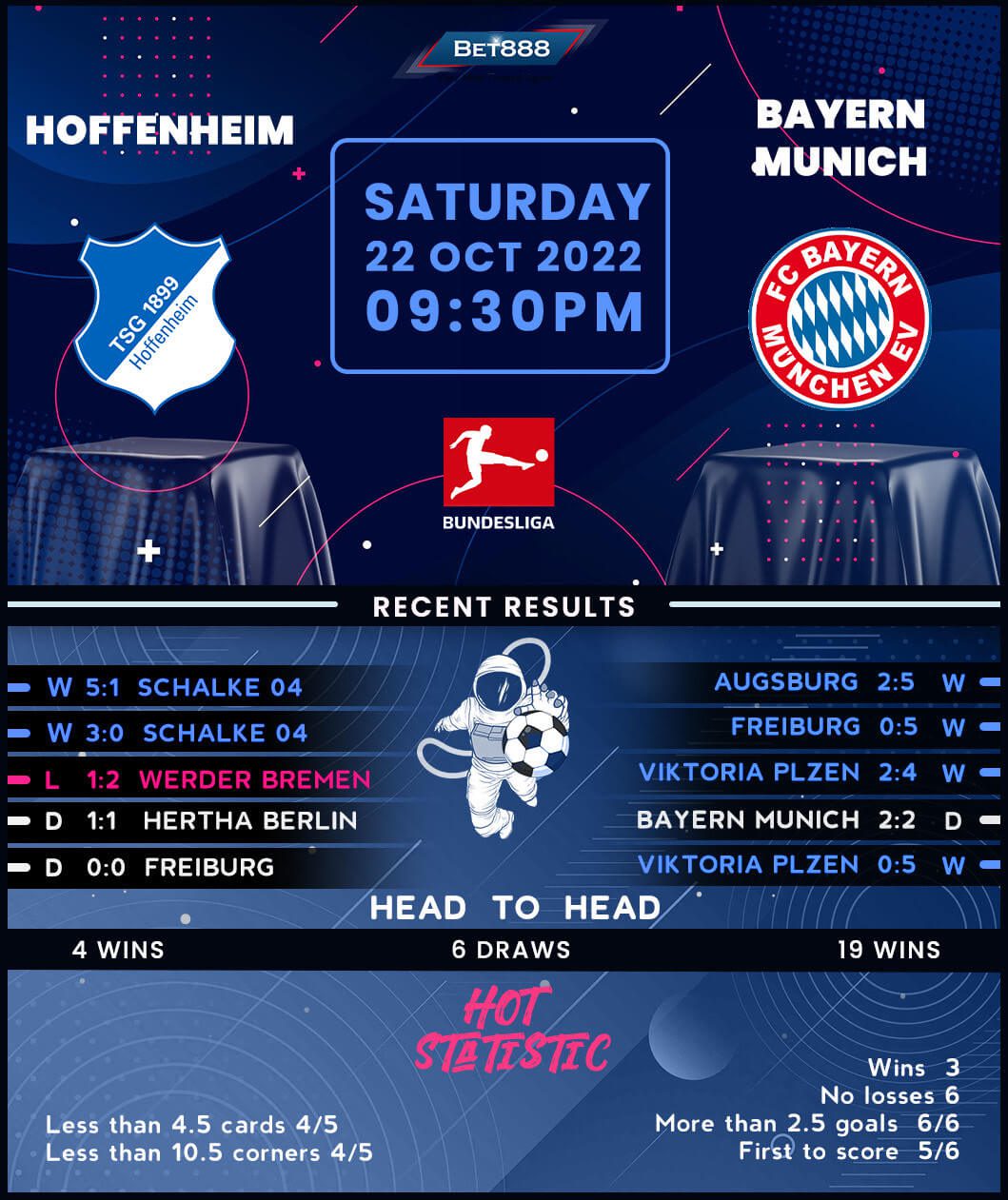