After navigating Tottenham back into the Champions League during his maiden season in north London, Antonio Conte has put his stamp on the squad he inherited from Nuno Espirito Santo in November 2021. The Italian manager has acquired the services of Richarlison, Yves Bissouma, Clement Lenglet, and Ivan Perisic over the summer. They should aid Tottenham’s bid to avenge a 3-2 defeat in this corresponding fixture last season that saw their three-game unbeaten H2H league run come to a halt (W2, D1). But ‘Spurs’ have developed a habit of entering a new Premier League season strongly, having won their first league match in six of the last nine seasons (D1 L2), including a 1-0 home triumph over Manchester City in 2021/22.

On the other hand, Ralph Hasenhuttl led his side to a fourth successive bottom-half Premier League finish last season, with Southampton finishing in an underwhelming 15th place. Yet, despite experiencing another sub-standard season, they were one of just four clubs to take points off Tottenham in both 2021/22 Premier League encounters (W1, D1). Hasenhuttl will now be looking to prove last season’s victory at the Tottenham Hotspur Stadium was no fluke, as he managed to end his side’s six-match losing league streak in north London. But the ‘Saints’ need to work on their mental fortitude to improve on last season’s finish, with no side dropping more points from winning positions in the 2021/22 Premier League season than Southampton (29). 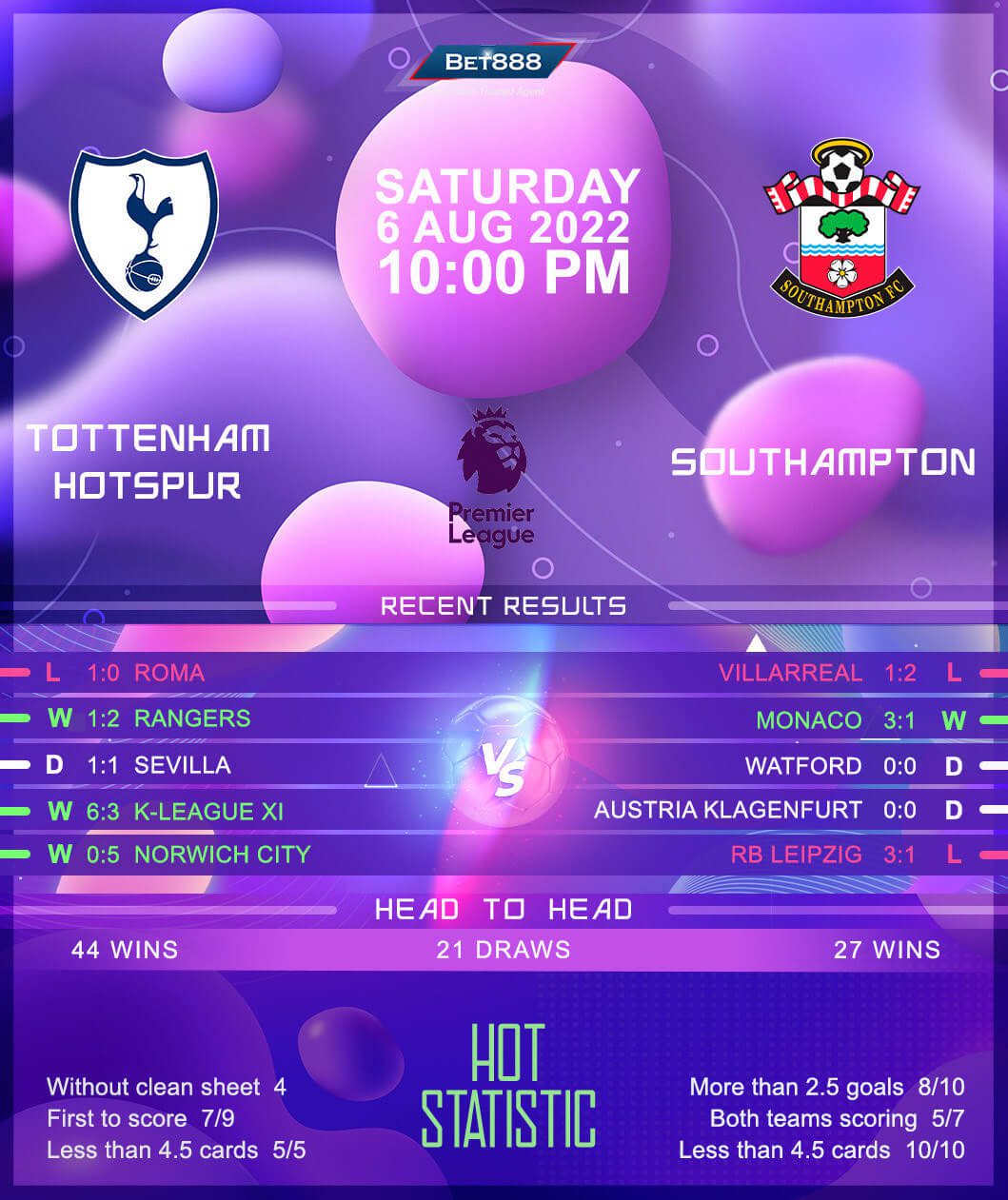