Tottenham Hotspur will be looking to maintain their Premier League renaissance under new manager Antonio Conte when they meet relegation-threatened Norwich City at the Tottenham Hotspur Stadium.

Tottenham’s hopes of mounting a top-four challenge in the Premier League have received a massive boost by Antonio Conte’s arrival in the dugout, with the Italian manager guiding ‘Spurs’ to back-to-back league wins ahead of this round. Sat five points adrift of fourth-placed West Ham United, the Londoners will be looking to post their fourth consecutive Premier League home victory over Norwich, having won the last three top-flight home H2Hs in a row by an aggregate score of 7-1. Tottenham followed up a come-from-behind 2-1 home win over Leicester City with a comfortable 2-0 home victory over the league newcomers Brentford, as Conte aims to become only the third ‘Spurs’ manager to win his first three home league matches in a charge. Interestingly, none of Tottenham’s ten home games across all competitions this season have ended level (W8, L2).

In the meantime, despite sliding to the bottom of the Premier League table following Newcastle United’s first league win of the season yesterday, Norwich head into proceedings amid some kind of a purple patch. After suffering eight defeats in their opening ten Premier League games this term (D2), the ‘Canaries’ have gone unbeaten in their last four outings in the competition (W2, D2). What’s more, a 2-1 win over Brentford in their most recent Premier League visit to London saw Norwich halt a frustrating run of 25 top-flight travels to the capital. They could now win successive such contests for the first time since September 1992. Adding to their confidence, Dean Smith’s men have claimed eight points across their last four Premier League fixtures (W2, D2), two more than they had in their previous 25 games in the competition combined. 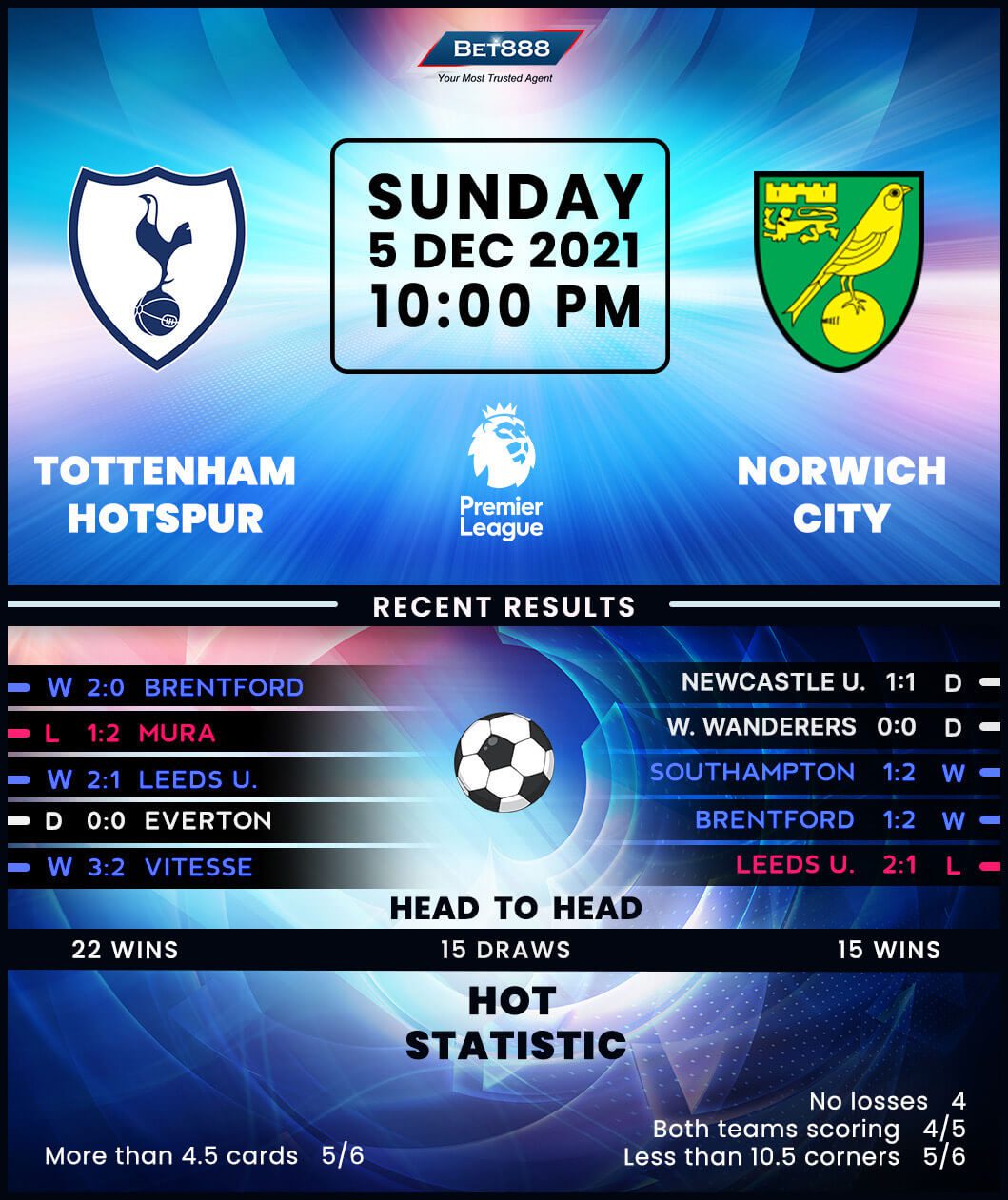