An unexpected 2-0 defeat to Nottingham Forest in midweek EFL Cup action may have further doused the optimism in the Tottenham camp following last week’s 2-1 home loss to fellow Premier League top-four hopefuls Liverpool. Desperate to get back to winning ways after letting fifth-placed Manchester United reduce the gap to only three points, ‘Spurs’ will fall back on their impressive nine-game H2H form against Leeds in the Premier League (W7, D1, L1). Manager Antonio Conte must demand more urgency from his side in the early stages of play after the Londoners trailed by two goals in their last four Premier League fixtures for the first time in the club’s history. Topically, they’ve found themselves down at halftime in three top-flight games preceding this round.

In the meantime, visiting Leeds United lost 1-0 at Wolverhampton Wanderers in midweek EFL Cup action, but their recent Premier League form looks promising. After going winless in eight successive league games (D2, L6), Jesse Marsch’s men have won the last two in a row despite conceding on each occasion. No strangers to upsetting the odds, the ‘Whites’ won 2-1 at Liverpool on their most recent top-flight travel before pulling off a sensational second-half comeback to turn a 3-1 deficit into a 4-3 victory over Bournemouth last time out. But after losing their last five away league matches against Tottenham, Leeds would be well advised to keep their feet firmly on the ground if they want to avoid a second consecutive Christmas near the relegation zone. 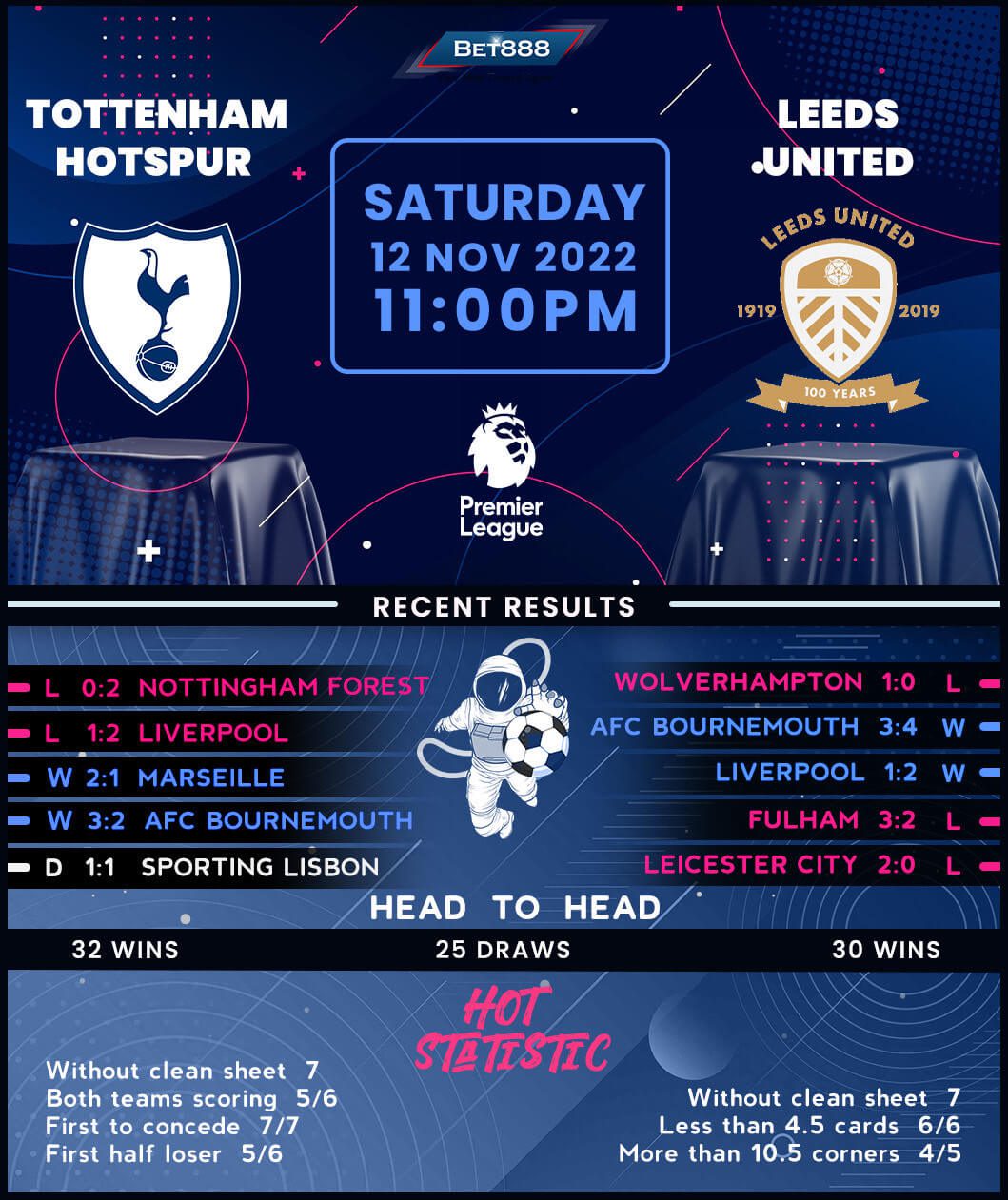