Nothing less than a victory will do for Tottenham, who will take the field trailing fourth-placed Arsenal by four points. Seeking their first top-four finish in three years, ‘Spurs’ have no margin for error in the 191st North London derby. Yet, Tottenham’s abysmal four-match form in the Premier League (D2, L1) amplifies the magnitude of the task on hand. To make things worse, ‘Spurs’ boss Antonio Conte has won just one of his eight meetings with Arsenal as a manager (D4, L3). On the bright side, Conte’s men have gone unbeaten in seven top-flight home H2Hs (W5, D2) since a 1-0 defeat in 2014, winning the last two in a row. What’s more, Tottenham have racked up four victories across their five previous home league matches (L1), netting 3+ goals in each triumph, at an average of four per game.

In the meantime, Arsenal head into proceedings in high spirits after winning their last four Premier League fixtures, including multi-goal margin triumphs over Chelsea and Manchester United. The ‘Gunners’ would seal their first top-four finish since 2015/16 by completing a league double over Tottenham for the first time since 2013/14. There’s every reason for the travelling fans to dream big, as Mikel Arteta’s men have gone from losing back-to-back away league matches to winning the last two on the trot by an aggregate score of 6-3. Worryingly, though, Arsenal’s defensive frailties have seen them keep just a single clean sheet in six Premier League fixtures on the road since the start of March. A result either way is somewhat expected as the visitors haven’t drawn any of their last 13 top-flight games away from home (W8, L5). 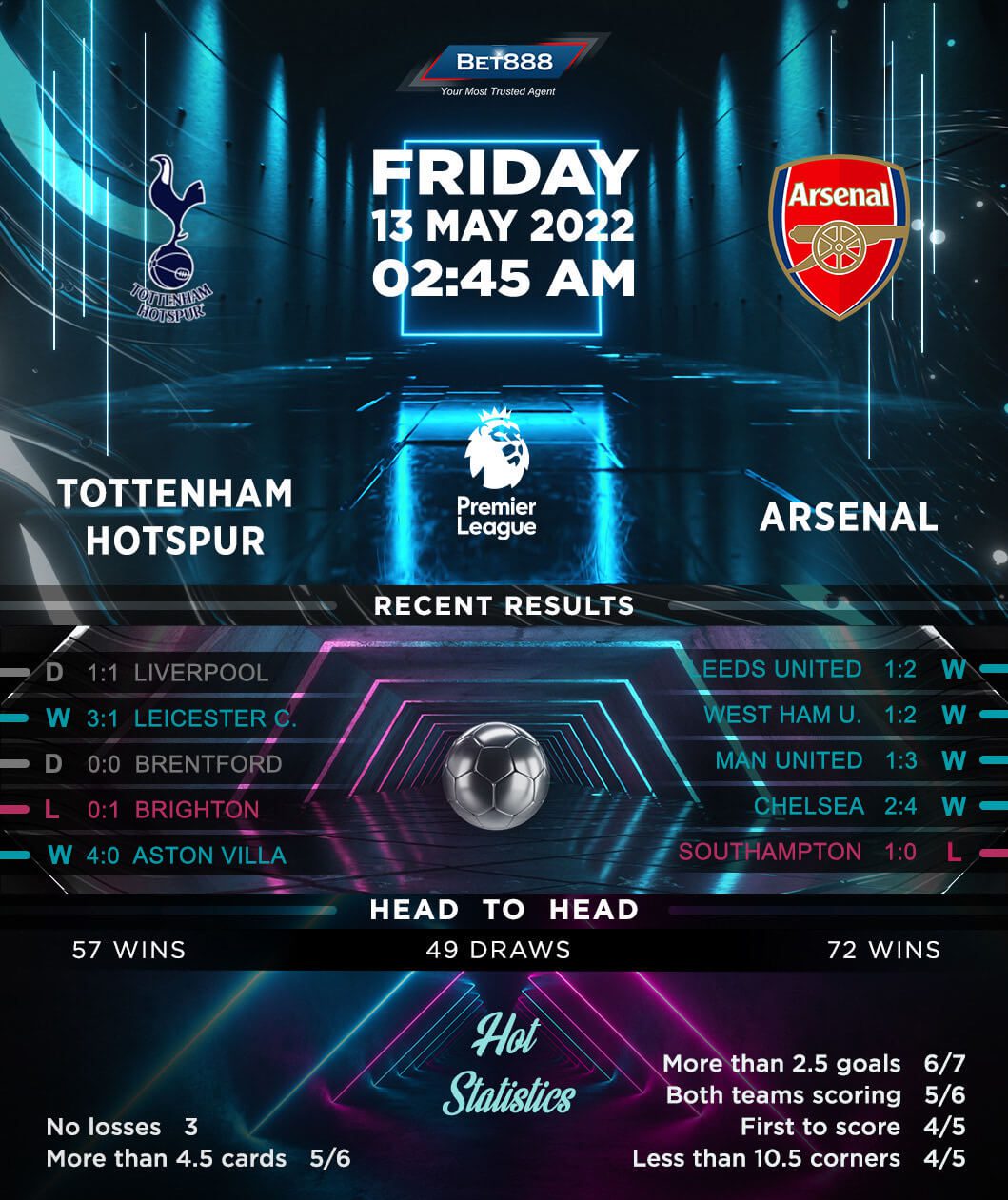