Following an underwhelming five-match winless Serie A streak (D1, L4) during which they only scored twice, Torino defied the odds to beat Udinese 2-1 last weekend and get their stuttering domestic season back on track. However, consistency has been a genuine problem for Ivan Juric’s side as they last won back-to-back Serie A outings in January. It’s likely to stay that way based on Torino’s woeful run of five consecutive top-flight H2Hs against Milan without scoring (D1, L4). ‘I Granata’ can at least draw some confidence from holding the reigning Italian champions winless in nine of their last 11 Serie A meetings in Turin (W2, D7, L2), including a scoreless stalemate in this corresponding fixture in 2021/22.

Meanwhile, AC Milan thrashed Dinamo Zagreb 4-0 in midweek Champions League action to seize control of the runner-up spot in Group E ahead of a crunch matchday-six home clash against RB Salzburg. Back to domestic proceedings in high spirits, ‘I Rossoneri’ are looking to build on their eye-catching four-game winning league streak and tighten the noose on table-topping Napoli. Stefano Pioli’s men have been nothing short of astounding on the road this term, clocking up three wins and two draws from five Serie A travels. Stretching back to the early stage of the 2021/22 season, the seven-time European champions haven’t lost any of their last 17 Serie A matches outside the San Siro (W12, D5), accounting for the longest ongoing such streak in Europe’s top-five leagues. 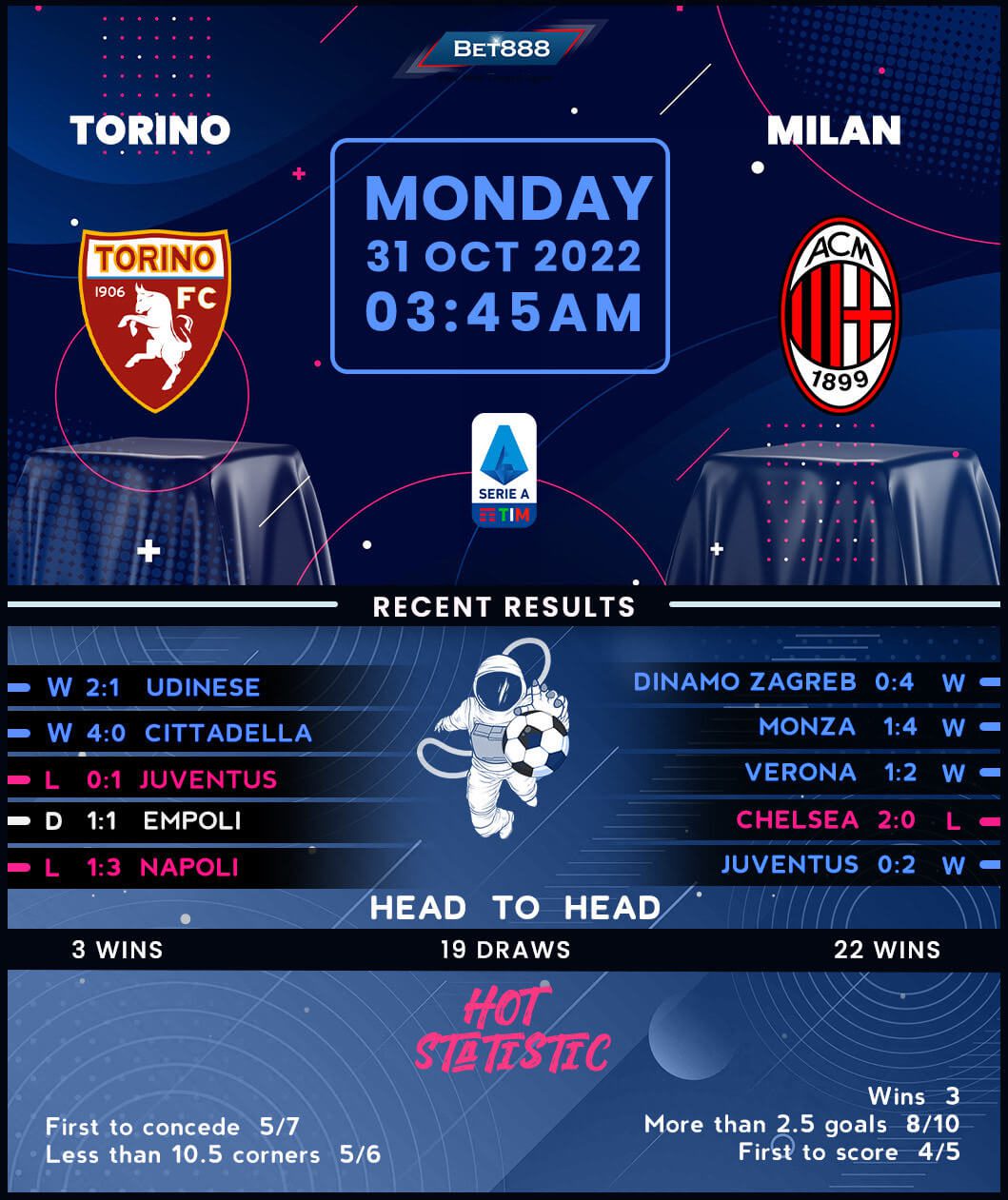