A battle for the 2022 AFF Championship knockouts has reached its climax as Thailand and Cambodia go head-to-head in a dramatic Group A finale at the Thammasat Stadium.

Despite spurning a narrow second-half lead in a 1-1 draw with Indonesia last time out, Thailand are still in firm control of their bid to qualify for the tournament’s knockouts. A brace of overwhelming victories over Brunei and the Philippines by an aggregate score of 9-0 in the opening two Group A rounds, the ‘War Elephants’ head into proceedings as section leaders. However, a slim one-point lead on third-placed Cambodia is too fragile to be overlooked, so the reigning AFF Championship holders cannot take anything for granted. Having lost only one of their last six internationals (W4, D1), Alexandre Polking’s men are seemingly in a pole position to humble Cambodia in their first encounter since 1972.

In the meantime, Cambodia sailed past group minnows Brunei 5-1 in the previous round to bounce back from a 2-1 defeat to Indonesia and keep their hopes of progressing beyond the AFF Championship group stages for the first time alive. The ‘Angkor Warriors’ proved their tournament credentials with an enthralling 3-2 victory over the Philippines on matchday one. If they’re to defy the odds again, Cambodia would be better off flying out of the traps, as both of their Group A wins have seen them get on the scoresheet before halftime. But Keisuke Honda’s men are not having the best of times, as evidenced by a dreadful run of five defeats from their last eight internationals (W2, D1). 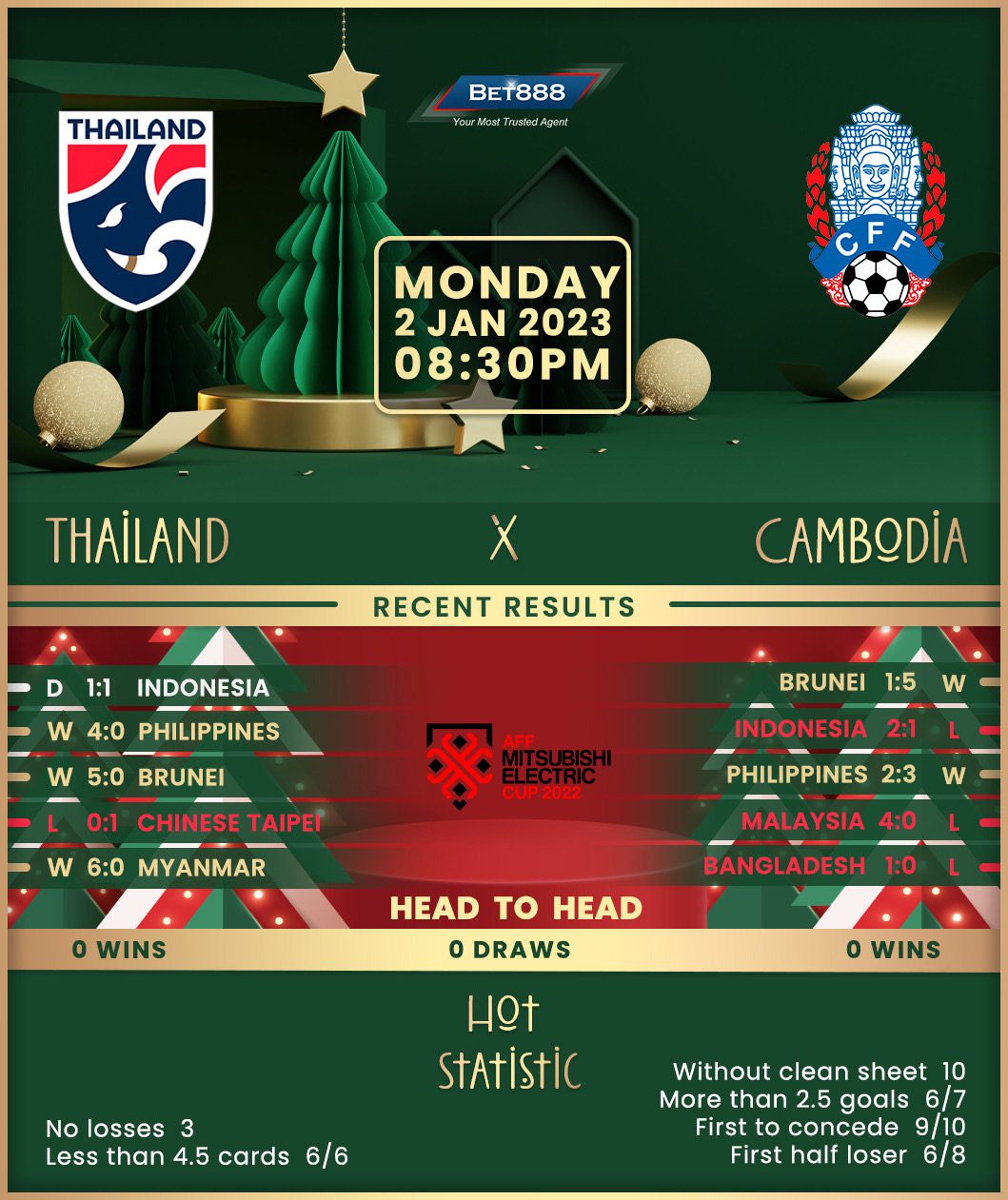