Sunderland’s bid to build a strong case in a keenly-contested Championship playoff battle faces a stern test as in-form West Bromwich Albion arrive at the Stadium of Light.

Sunderland couldn’t have hoped for a better way to return to Championship action as they thrashed Millwall 3-0, with three points marking their third triumph across their last four second-tier outings (W3, L1). That success also moved the ‘Black Cats’ to within a touching distance of the playoff spots, with sixth-placed Norwich City only one point away at the start of the weekend. Yet Sunderland’s hopes of reclaiming their Premier League status after over five years of exile look a bit stretched, even more following a quick glance at their underwhelming home league form this season (W3, D4, L3). On top of that, they’ve been winless in 14 of their last 15 H2H encounters against WBA, albeit it’s worth noting that this is their first showdown since Sunderland’s fateful 2016/17 Premier League relegation season.

In the meantime, the World Cup break clipped West Bromwich Albion’s wings as after putting together three consecutive Championship triumphs under new boss Carlos Corberan, they were on the verge of a resurgence. WBA’s best hope is that a month-long hiatus hasn’t affected their upturn in form as they head into this round tied on points with relegation-threatened Wigan Athletic. Still only nine points adrift of the playoff zone with more than half a season left, WBA’s faint hopes of turning from relegation candidates to playoff contenders are alive. But if Corberan wants to turn his side’s fortunes around, improving WBA’s woeful away form (W2, D4. L3) should be at the top of his assignment list. It’s hard to imagine the ‘Baggies’ embarking on their resurgence programme here, considering they’ve only netted once at the Stadium of Light in the past ten years. 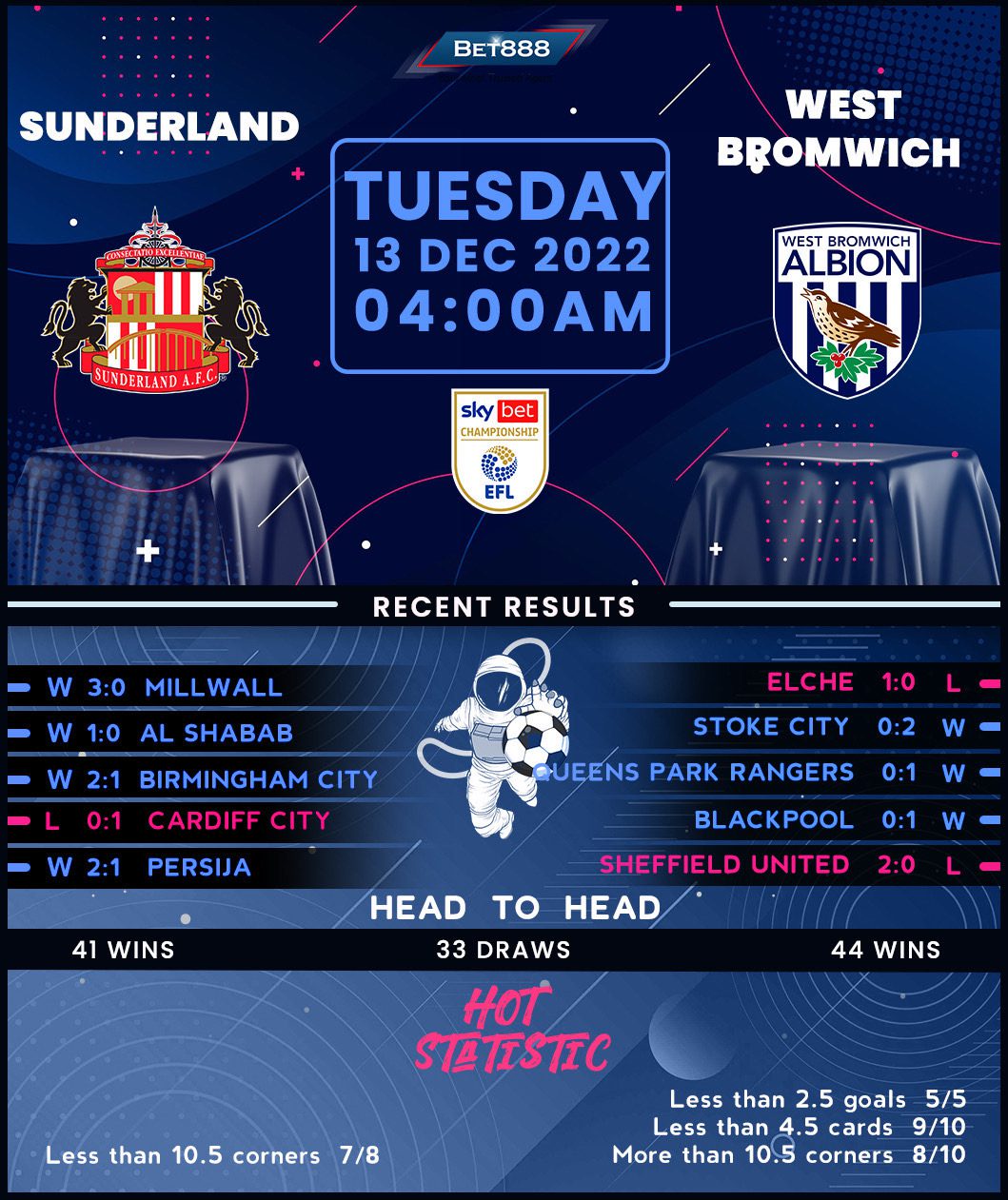