A dramatic stoppage-time winner over Cologne (2-1) helped Stuttgart maintain their Bundesliga status for another season, sending Hertha BSC to the relegation playoffs due to a superior H2H record. Several summer additions, including Hiroki Ito and Konstantinos Mavropanos, could turn Stuttgart’s fortunes around this season. But their H2H history against Leipzig suggests the home crowd could find themselves in a world of pain here, with ‘Die Schwaben’ losing seven of their eight previous Bundesliga matches against this opposition (D1), including a 2-0 defeat in this corresponding fixture in 2021/22. Yet, Pellegrino Matarazzo’s men have enjoyed a promising start to the new domestic season, racking up a 1-0 win over third-tier Dynamo Dresden in the opening DFB Pokal round last week.

Meanwhile, Leipzig experienced a false start to the new domestic campaign, succumbing to a 5-3 defeat to Bayern Munich in last weekend’s German Super Cup showpiece. ‘Die Roten Bullen’ will be keen to improve on last season’s fourth-place finish, their worst final ranking in the Bundesliga since 2017/18. An inspiring away form under Domenico Tedesco gives the visitors hope they can get the new top-flight season off to a flying start. Since Tedesco’s arrival at the helm, they have only lost two of their ten Bundesliga fixtures on the road (W6, D2), with no side picking up more away wins than them in that period. Yet, the high-profile departures of Tyler Adams and Nordi Mukiele over the summer have weakened Leipzig ahead of this season. 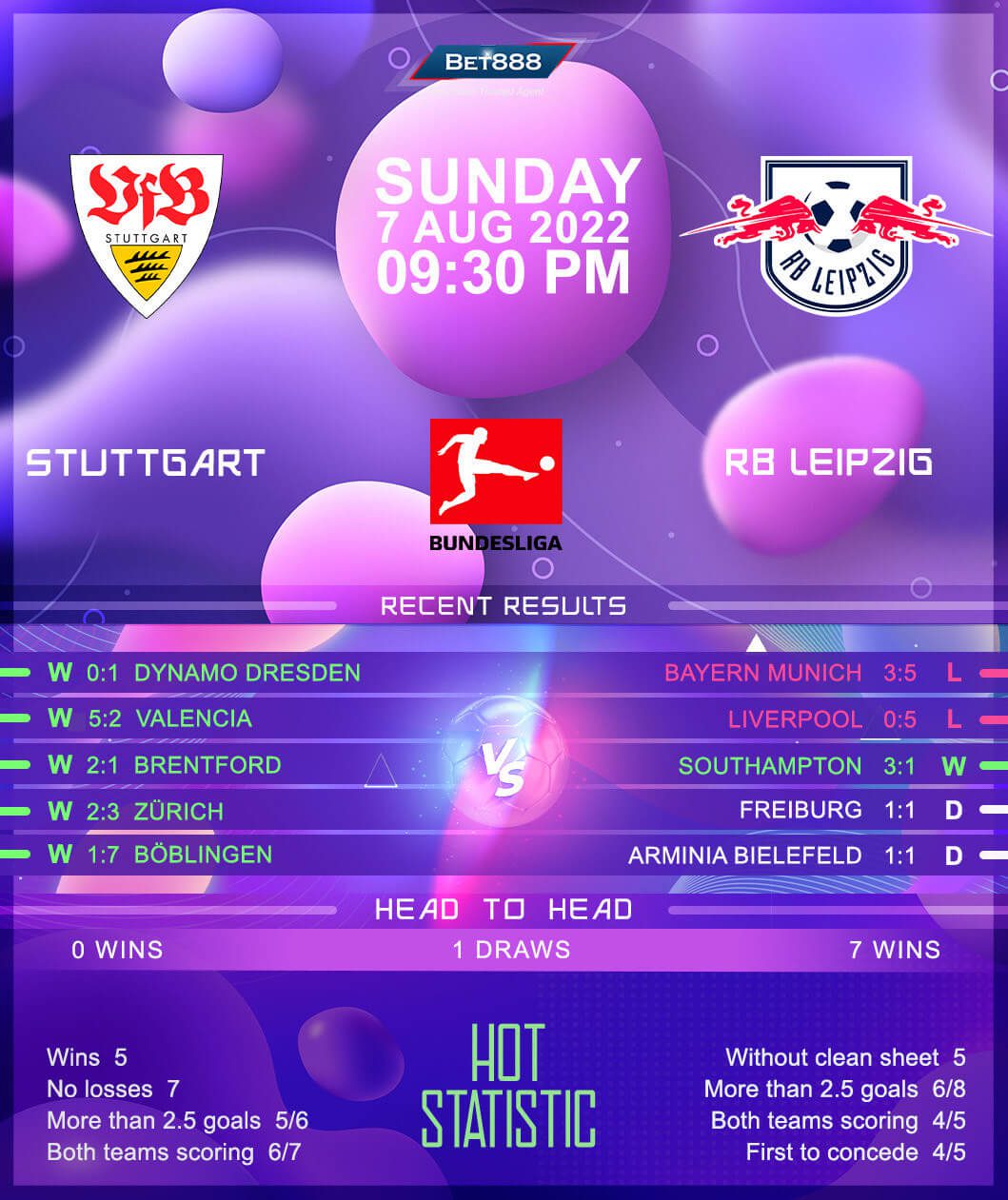