Merkur-Arena is the venue as Sturm Graz and Lazio go head-to-head in a high-stakes Europa League Group F showdown.

Sturm Graz rounded off back-to-back Austrian Bundesliga wins ‘to nil’ with an overwhelming 3-0 away triumph over Austria Vienna at the weekend. That’s the perfect way to respond to their heaviest European defeat as Feyenoord thrashed them 6-0 in their most recent Europa League outing. However, a 1-0 home win over Midtjylland on day one leaves Sturm with realistic chances of making it out of a European competition group phase for the first time in the club’s history. Level on points with Group F leaders Feyenoord, ‘Die Schwoazn’ head into proceedings to defy their abysmal 12-game form in the Europa League that’s seen them win just once (D2, L9). But after only losing once in their last six competitive outings (W5), they should feel confident.

In the meantime, visiting Lazio started their Europa League journey with a comprehensive 4-2 home victory over Feyenoord but then succumbed to an embarrassing 5-1 defeat at Midtjylland on matchday two. With their bid to qualify for the Europa League knockouts for the second season in a row up in the air, ‘I Bianconecelesti’ will be out to play down their disastrous ten-game form in away Europa League games (W1, D1, L8). That could prove easier said than done as the Italians have suffered four losses in their last five European fixtures against Austrian opponents (W1), one of which came at the hands of Sturm in 2002. However, Maurizio Sarri’s men won’t be short of enthusiasm after winning their last two Serie A matches via an identical score of 4-0. 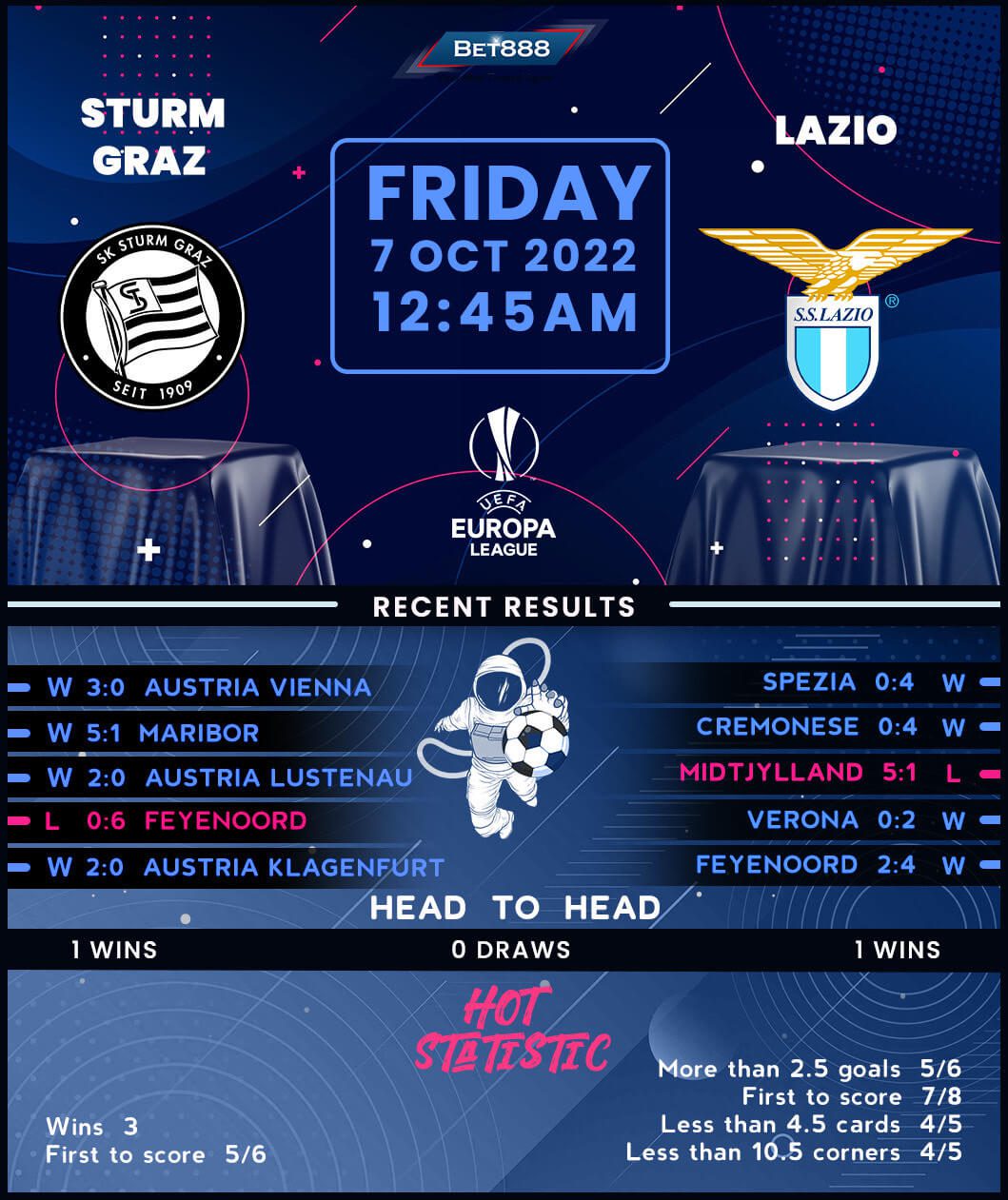