Strasbourg and Monaco are set to trade tackles at the Stade de la Meinau in an exciting 2022/23 Ligue 1 opener.

Strasbourg established themselves as a surprise package in Ligue 1 last season, yet a three-point deficit on fourth-placed Rennes eventually cost them a European finish. Keen to build on an impressive 2021/22 campaign, ‘Le Racing’ go up against a Monaco side they’ve not lost to in their last four home league H2Hs (W3, D1) after suffering three defeats beforehand. What’s more, Julien Stephan’s men come into proceedings as one of only two Ligue 1 sides to have gone unbeaten in every top-flight home match in 2022 (W6, D3), alongside PSG. However, they have picked up just two victories from their previous 26 Ligue 1 season openers (D12, L11), including reverses in the last two, suggesting this one could produce some drama.

On the other hand, Monaco’s decent transfer window has seen them hire the likes of Breel Embolo and Takumi Minamino. Yet, a hard-fought 1-1 home draw with PSV Eindhoven in their Champions League qualifier last time out indicates the chemistry is still lacking at the Stade Louis II. The upcoming trip to Strasbourg could pour more misery on the visitors, as they have only won one of their last eight Ligue 1 H2Hs (D2, L5), including a 1-0 defeat in this corresponding fixture in 2021/22. On the bright side, Philippe Clement’s men have netted a league joint-high 80 goals this calendar year, scoring 2+ goals in their final five top-flight away matches last season. 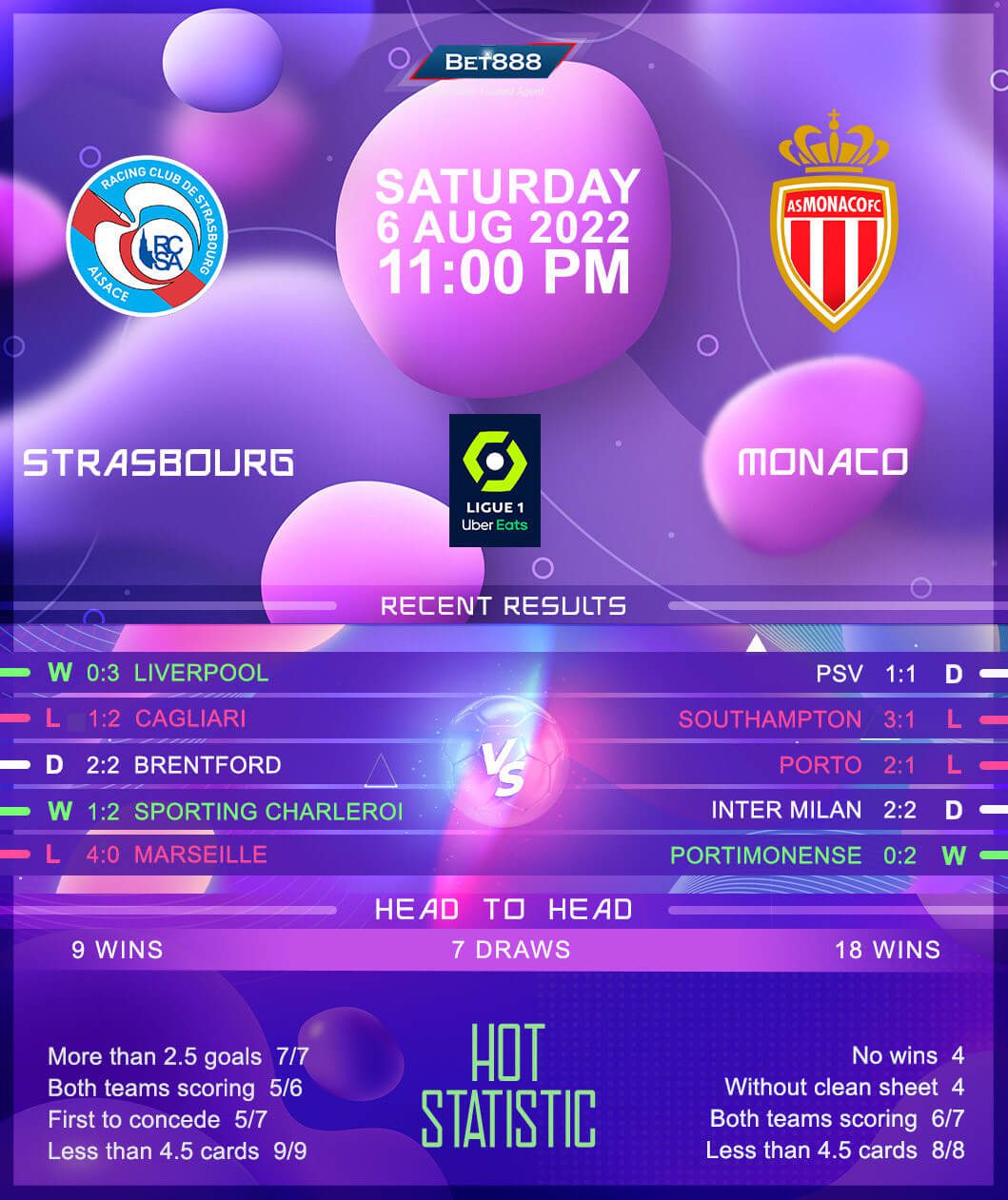