After a two-game winless start to the new top-flight season (D1, L1), Southampton came from behind to beat Leicester City 2-1 on the road last time out. Ralph Hasenhuttl’s men are now on the lookout for back-to-back Premier League wins for the first time since February, though there are several roadblocks. For starters, the ‘Saints’ have suffered five defeats in their last seven home league outings (W1, D1), conceding 2+ goals six times in the process. On top of that, Southampton’s disastrous Premier League record of 11 consecutive winless matches against Man United at home (D5, L6) further dampens the enthusiasm in the home camp. Home and away, they have only won one of their last 15 top-flight H2Hs (D5, L8), casting further doubt on their bid to upset their visitors.

In the meantime, after becoming the first Manchester United boss to lose his opening two league matches in charge in over a century, Erik ten Hag guided his side to a morale-boosting 2-1 home triumph over fierce rivals Liverpool last time out. However, a massive derby win under the Old Trafford lights could be meaningless unless the ‘Red Devils’ find a way to arrest an abysmal seven-game losing streak in away Premier League matches, their worst such run since 1936. If that’s not concerining enough, they have conceded precisely four goals in four of those seven defeats, including an embarrassing 4-0 thumping at Brentford on ten Hag’s maiden Premier League travel. But Man Utd are only two goals away from making Southampton their fifth victim against whom they’ve reached a 100-goal milestone in the Premier League. 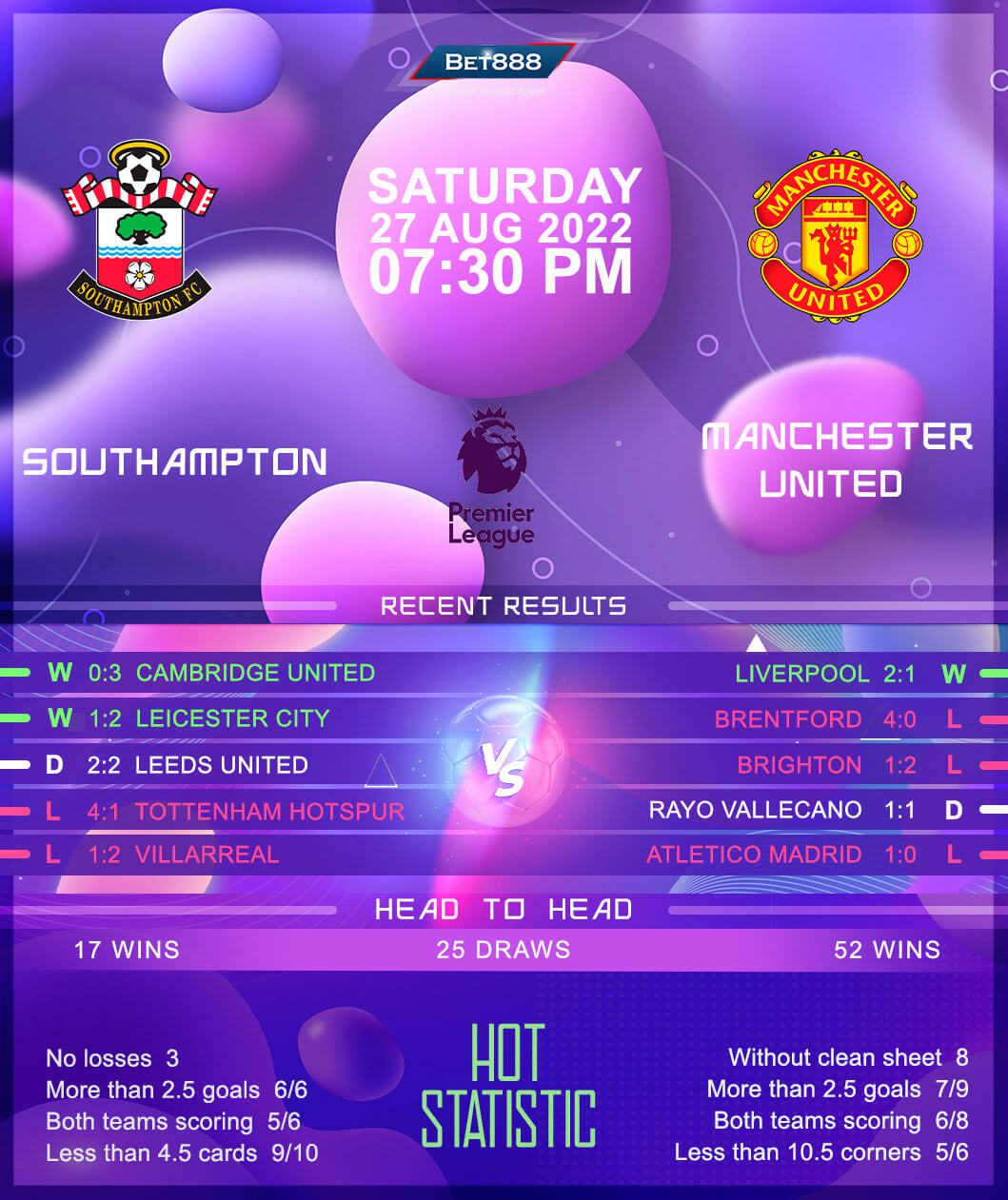