Underperforming Premier League side Southampton will be looking to progress beyond the EFL Cup fourth round when they take on League One team Lincoln City at St Mary’s Stadium.

A dismal 4-1 home defeat to Newcastle United on November 6 saw Southampton wave goodbye to long-serving manager Ralph Hasenhuttl and appoint Nathan Jones as his successor. Jones painted his touchline bow with flying colors, inspiring the ‘Saints’ to a keenly contested penalty shootout win over Sheffield Wednesday in the previous EFL Cup round. However, his team suffered a dismal 3-1 defeat at Liverpool immediately after, making it three losses across four domestic outings (W1). Back at St Mary’s, where they’ve not won any of their last five competitive matches (D3, L2 – 90mins only), Southampton will be desperate to give their fans something to cheer about ahead of a Premier League return on Boxing Day. Worryingly, though, the hosts have failed to keep a clean sheet in all eight competitive home fixtures in 2022/23.

As for visiting Lincoln City, they’ve had to navigate three EFL Cup rounds to set up this tie, most recently dispatching Championship side Bristol City 3-1. Indeed, the ‘Imps’ have netted 2+ goals in all three matches in the competition this term, suggesting Southampton’s fragile backline could face another mammoth task. However, before beating Everton’s U21 side 4-2 last time out, Lincoln had gone winless in three straight domestic matches (D2, L1), drawing a blank twice in that period. Topically, Mark Kennedy’s men have failed to find the back of the net three times across their last four domestic travels (W1, L3), with each defeat in that sequence yielding under 2.5 total goals. 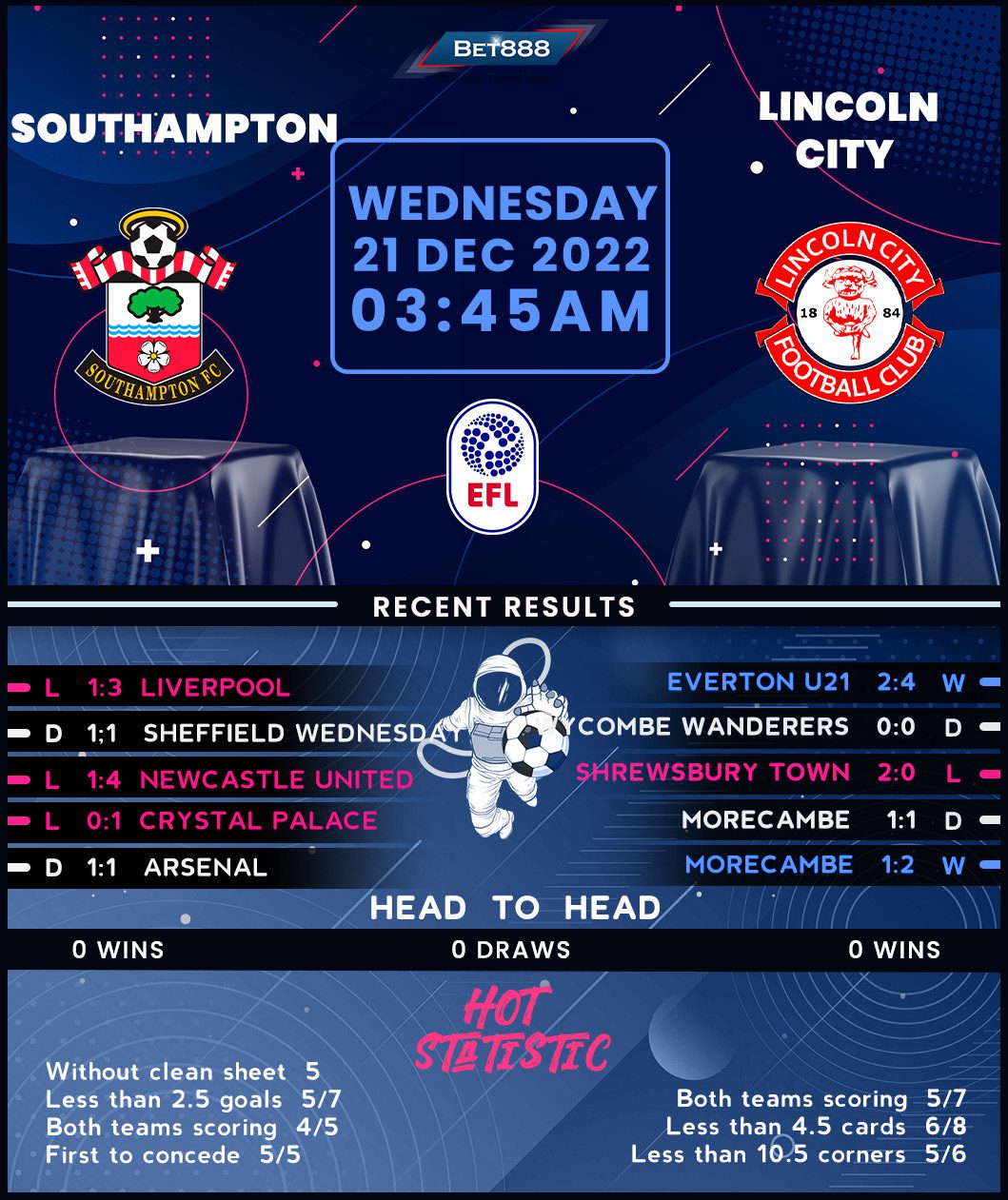