Slovan Bratislava and Young Boys are set to square off against each other in the first leg of their UEFA Champions League qualifying tie at the Tehelné pole.

Despite going down 2-1 in the return leg of their Champions League first qualifying round tie against Shamrock Rovers, Slovan came out on top of the tie thanks to a 2-0 first-leg win at home. Seeking their first-ever appearance in the Champions League group stage, the ‘Belasi’ have picked up just three victories in their last 12 European fixtures, qualifying included (W3, D1, L8). Despite their recent struggle on the international stage, the reigning Fortuna Liga champions have been no pushovers on home turf, with seven of their last nine European home matches yielding a full-time margin of under 1.5 goals (W6, D1, L2). However, an encounter against Young Boys could stir some painful memories at the Slovakian camp, as they’ve lost both of their previous competitive H2H meetings by an aggregate score of 8-1.

In the meantime, Young Boys’ path to the Champions League group phase begins in this round, with the Swiss champions looking to qualify for Europe’s top-club competition group stages for the first time since 2018/19. David Wagner’s men enjoyed a decent off-season campaign, winning three of their five warm-up fixtures (D1, L1) and netting 2+ goals on four occasions. When it comes to competitive matches, Young Boys are on the run of four consecutive victories, all of which came by at least a two-goal margin while seeing them score an average of 2.25 second-half goals. However, the visitors have blown hot and cold on the road, racking up just four triumphs across their previous ten competitive travels (D3, L3), albeit winning the last two in a row. 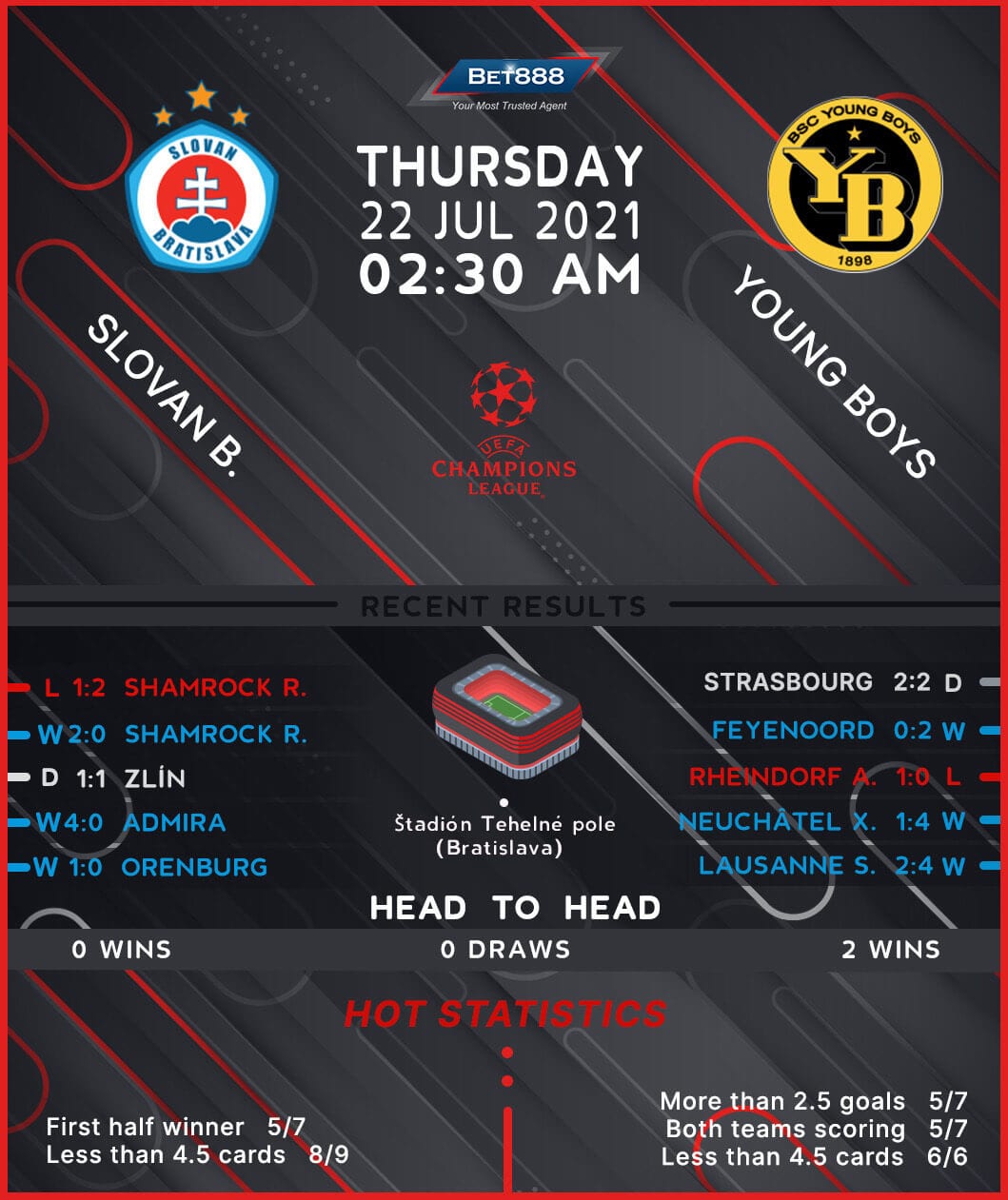