Shimizu S-Pulse and Tokyo are set to trade tackles at the IAI Stadium Nihondaira in an intriguing J1 League showdown.

Shimizu S-Pulse are not enjoying the best start to the season by any stretch of the imagination as they head into proceedings languishing in the relegation play-off spot. The hosts have racked up just two wins from their opening 14 J1 League fixtures thus far (D7, L5), conceding a league fourth-high 18 goals. Adding to Hiroaki Hiraoka’s sizeable list of problems, his men remain the only team in Japan’s top-flight yet to pick up a single triumph at home this term (D4, L3). That’s unlikely to change here, as they meet a Tokyo side they’ve lost to in four of their last five J1 League meetings at home (W1).

Meanwhile, Tokyo have experienced a massive dip in form on the road ahead of this trip, going from back-to-back away wins to losing five of their last six competitive matches on hostile turf (D1). They’ve at least been fun to watch, as five of those six fixtures have featured both teams scoring in matches garnering 3+ total goals. Against this backdrop, four of Tokyo’s five previous league visits to Shimizu have seen the winner on the day keep a clean sheet, highlighting the importance of a flying start. That could be a problem, as the ‘Gas’ have opened the scoring on just two of their seven top-flight travels thus far. 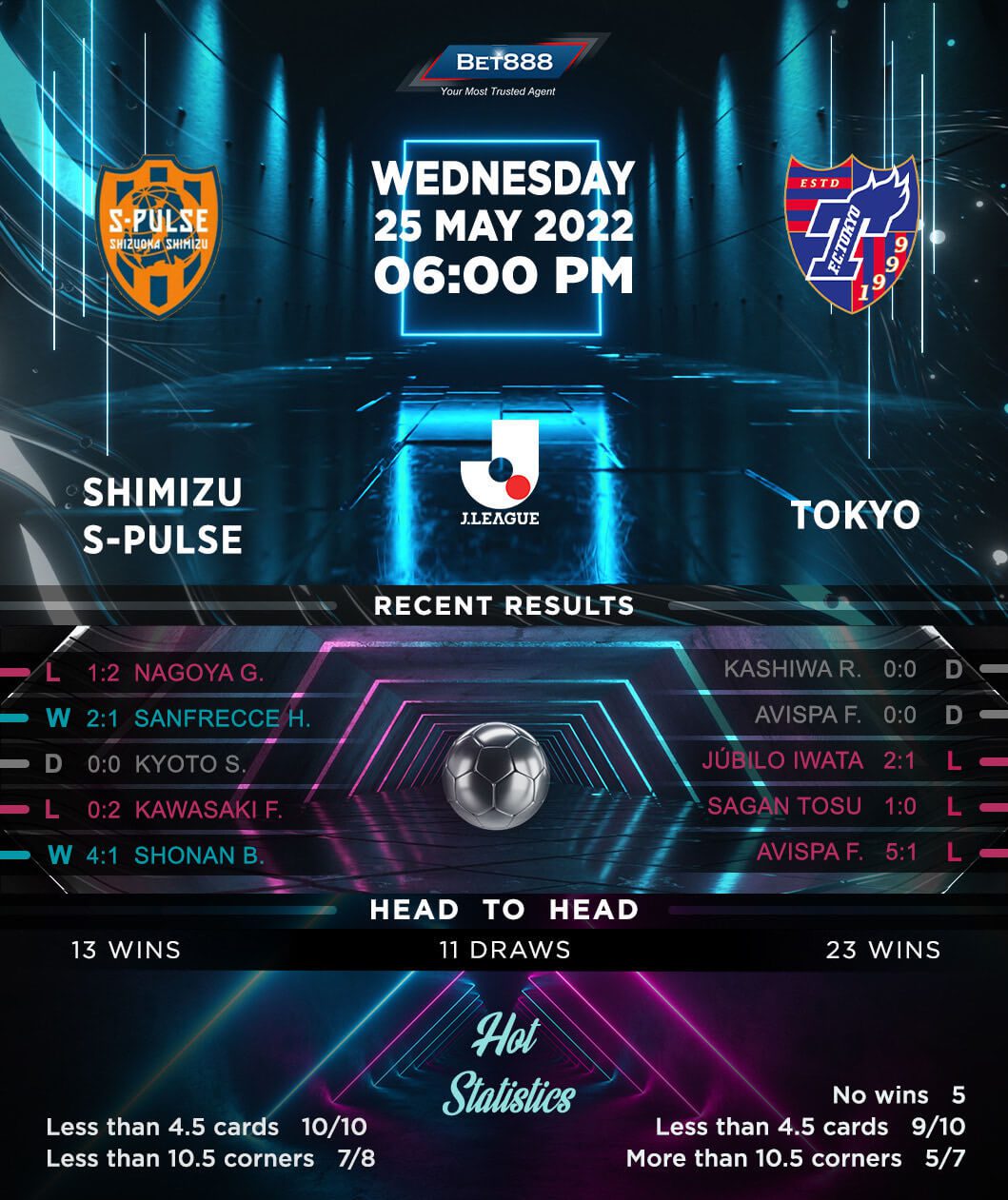