Keen to avenge a heartbreaking World Cup playoff elimination at this venue, Scotland will take the field to leapfrog Ukraine into the top of Group B1 by exacting their vengeance. The ‘Tartan Terries’ have bounced from their busted attempt to qualify for the World Cup finals for the first time since 1998 by picking up two wins from their three Nations League fixtures (L1). With just one point separating the two sides ahead of the kick-off, the continuation of Scotland’s 100% unbeaten home record in the Nations League (W5, D1) would fire them past Ukraine and into the summit. By extension, Steve Clarke’s men have only lost one of their last 14 home outings across various competitions (W9, D4), courtesy of a 3-1 defeat to non-other than Ukraine.

On the other hand, Ukraine’s bid to reach the World Cup finals for the first time since 2006 fell apart in the playoffs final as Wales overcame them 1-0 to send a morale-crippled nation into further disarray. But the resumption of the Ukrainian Premier League in the face of war has brought smiles back to the visiting team’s faces as they aim to maintain their unbeaten Group B1 start (W2, D1). One of Ukraine’s victories in this season’s Nations League came on the United Kingdom’s soil, with Oleksandr Petrakov’s side defeating Ireland 1-0 on matchday one. That success forms part of Ukraine’s decent overall record in the Nations League (W7, D1, L4). It’s worth noting that Roman Yaremchuk & Co only failed to score once in those 12 matches, suggesting Hampden Park could be in for another upset. 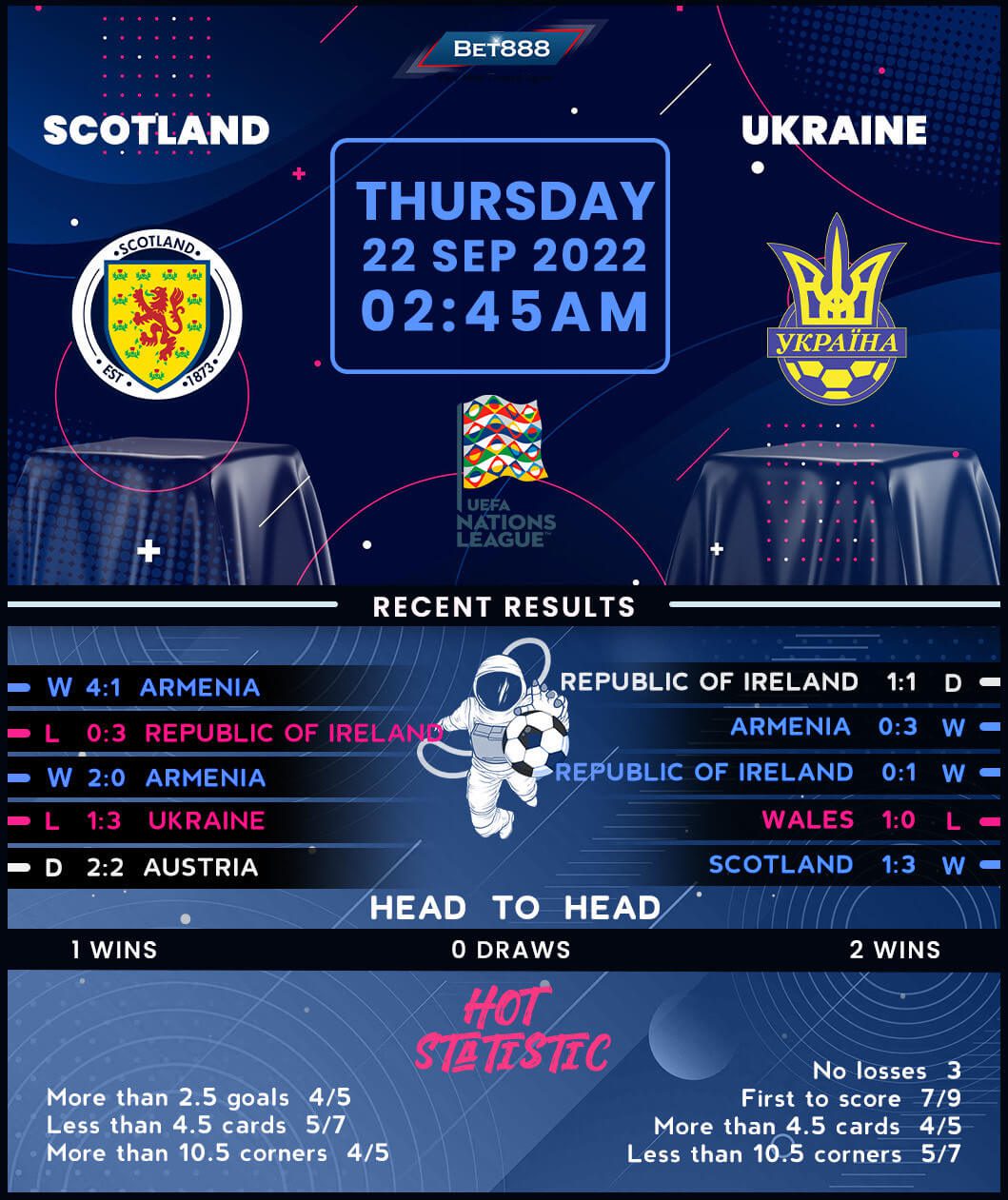