Scotland vs Republic of Ireland

Scotland vs Republic of Ireland

Hampden Park forms the backdrop for an all-United Kingdom showdown between Scotland and the Republic of Ireland in a high-stakes Nations League affair.

Scotland’s overwhelming 3-0 home triumph over Scotland in midweek Nations League action locked down their place in next season’s League B with two games to spare. Having won three of their four Group B1 matches, except for a dreadful 3-0 defeat to Ireland in the reverse fixture, Steve Clarke’s men will be out to claim their vengeance. Registering a third consecutive Nations League win for only the second time ever would seal Scotland’s top place in this section. You’d be forgiven for expecting the ‘Tartan Army’ to get their revenge after they’ve gone unbeaten in seven home outings (W6, D1) since the Nations League’s inception in 2018. But after alternating between winning (2) and losing (2) across their four previous home H2Hs, the Scots will be well advised to avoid complacency.

As for the Republic of Ireland, the abovementioned H2H win in Dublin remains the solitary bright spot in an otherwise abysmal Group B1 campaign (D1, L2). With two matches left, the ‘Boys in Green’ languish a point clear of bottom-placed Armenia and have yet to put their League B status in the bag. Playing on the road is unlikely to aid Ireland’s cause as they’ve failed to win their two Nations League away fixtures this term (D1, L1), scoring just once. On top of that, the visitors’ embarrassing overall Nations League record won’t inspire much confidence in Stephen Kenny’s corner, with just one win from 14 outings in UEFA’s newest competition (D6, L7). But a promising return of three wins from their last five H2Hs (D1, L1) certainly comes in handy. 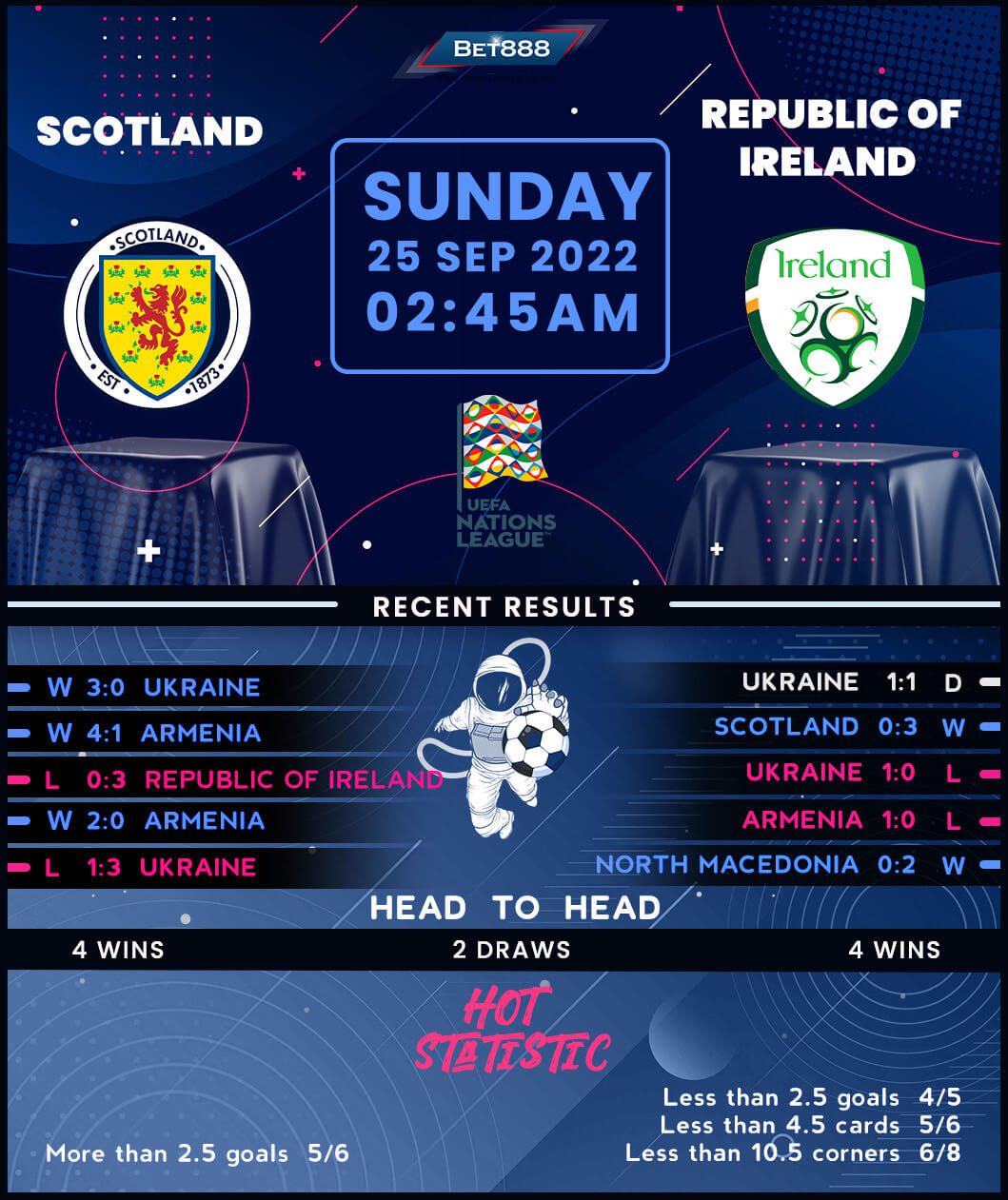