Sergio Oliveira’s first-half penalty fired Roma to a narrow 1-0 Serie A triumph over relegation-battling Cagliari over the weekend, halting their run of three consecutive matches without winning (D1, L2). Despite overcoming an out-of-sorts opponent without conceding, Roma’s recent defensive performances have flattered to deceive. Since the start of December, ‘I Giallorossi’ have kept just two clean sheets in nine matches across all competitions, conceding 2+ goals on four occasions in the process. However, Jose Mourinho’s men will have to stay compact at the back if they are to optimise their chances of winning, as all of their last six competitive home victories have been accompanied by a blank sheet. That has also been the case in two of their previous three H2H wins in the nation’s capital.

In the meantime, Lecce will be looking to beat the odds and snap an embarrassing 14-game winless run against Roma at the Stadio Olimpico (D1, L13), losing the last five in a row by an aggregate score of 14-4. ‘I Salentini’ will draw confidence from ousting Roma’s Serie A rivals Spezia in the previous Coppa Italia round, cruising to a 2-0 win away from home. Going back to September, the visitors have suffered just one defeat in their ten away matches across all competitions (W5, D4), notably keeping five clean sheets in the process. However, entertainment has been at a premium across those ten games as eight have featured under 2.5 total goals, highlighting the potential for a cagey, low-scoring affair. Still, it’s worth noting that Lecce have found the net before half-time in three of their last four competitive fixtures on hostile turf. 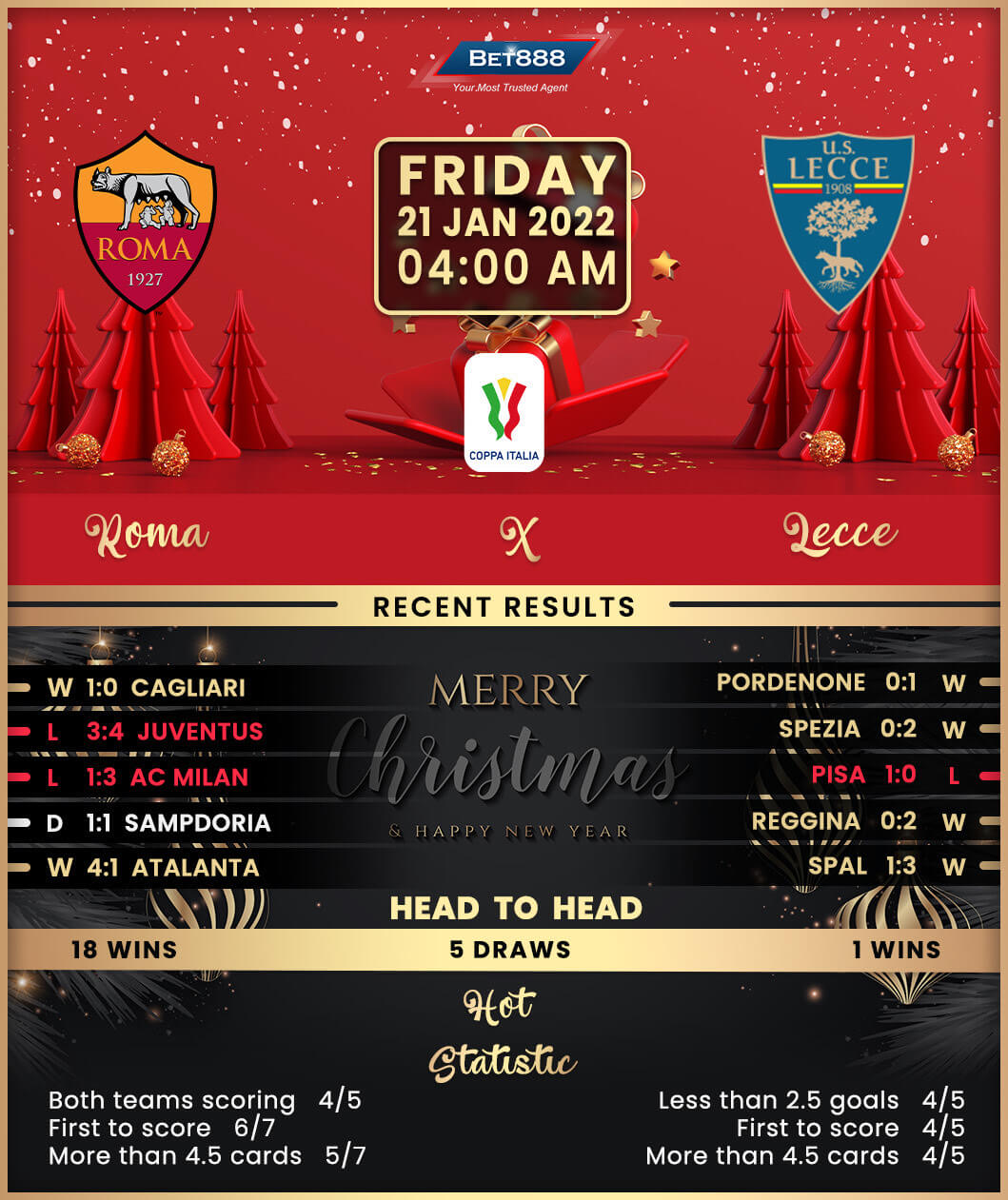