Stadio Olimpico is the venue as Roma and Inter Milan go head-to-head in a massive Serie A top-five six-pointer.

An underwhelming 1-0 loss at Bologna last time out halted Roma’s run of three competitive wins ‘to nil,’ while marking their first scoring blank since a goalless draw with Napoli in late October. Sat six points adrift of fourth-placed Atalanta, ‘I Giallorossi’ can ill-afford to drop the points against a side they’ve failed to beat across their last eight top-flight H2Hs (D6, L2). The hosts can draw confidence from their rock-solid defending at the Stadio Olimpico this calendar year, with no Serie A side managing more home clean sheets than Roma (10) in 2021 so far. Indeed, Jose Mourinho’s men have recorded four clean sheets in their last five Serie A home outings, which has not been the case in any of their previous seven league H2Hs at home.

Meanwhile, Inter’s comfortable 2-0 home win over Spezia in midweek made it three wins in as many Serie A games for Simone Inzaghi’s men, who take the field trailing league-leaders Napoli by a mere two points. Despite losing star striker Romelu Lukaku to Chelsea in the summer, ‘I Nerazzurri’ have looked unfazed by the Belgian’s departure thus far, scoring a league-high 36 goals after 15 league games. There’s no doubt Inter will be confident of improving their tally here, having scored 2+ goals in their last four Serie A visits to the Stadio Olimpico. The reigning Italian champions have also found the back of the net in each of their previous 17 Serie A away matches and make it 18 straight scoring trips in the competition for the second time in the club’s history. 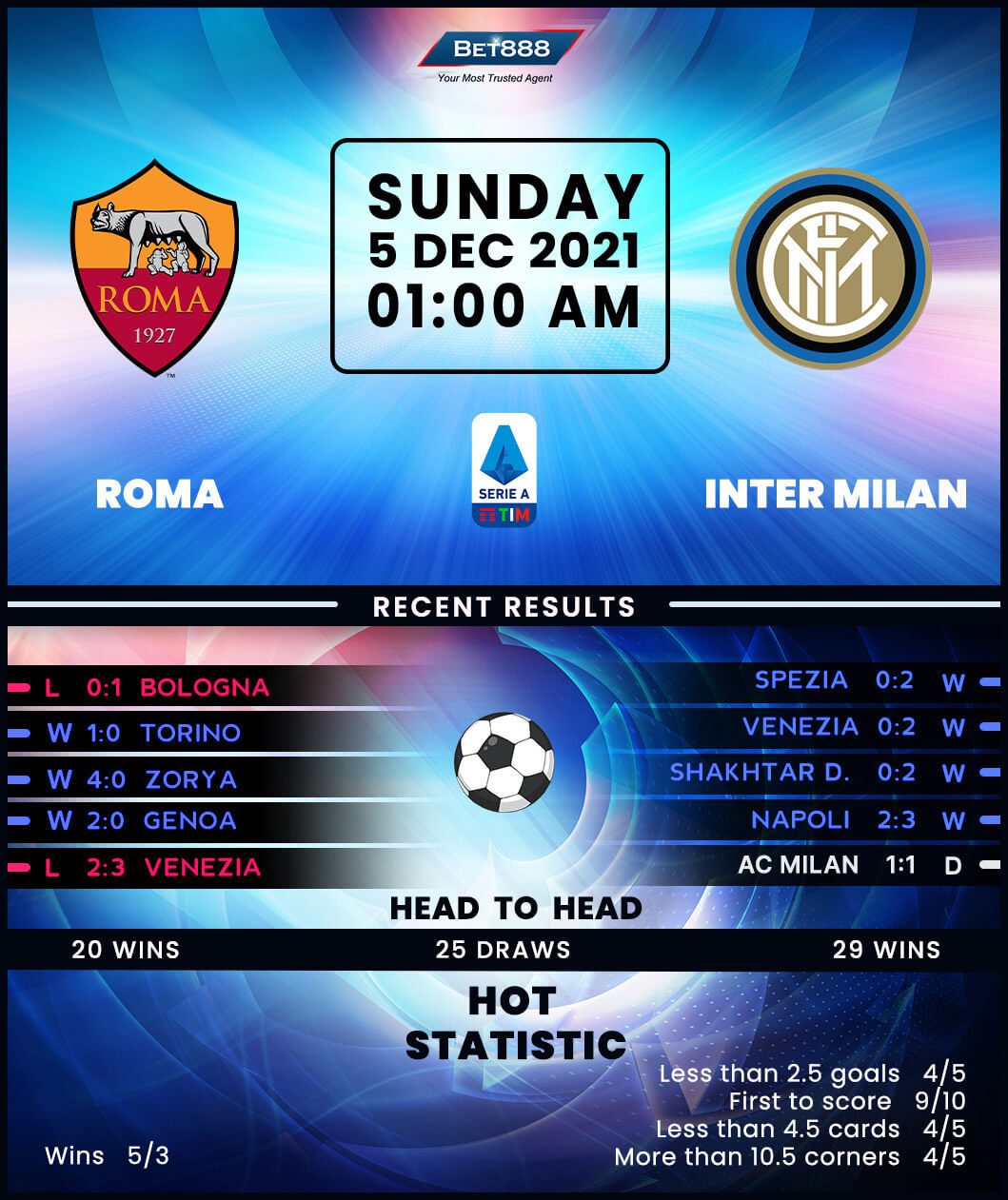