Roma’s bid to get off the mark in the 2022/23 Europa League group stage season pits them against Group C minnows HJK at the Stadio Olimpico.

Roma’s start to their third Europa League group stage campaign in four years was the one they’d rather forget as Ludogorets defeated them 2-1 in their Group C opener. But after a brace of high-scoring failures (L2), last season’s Europa Conference League winners clawed their way back to winning paths, courtesy of a 2-1 midweek Serie A win at Empoli. Jose Mourinho’s men head into proceedings as odds-on favourites having gone unbeaten in a club-record 19 consecutive home matches across major European competitions (W13, D6), a running spanning back to February 2019. If that’s not convincing enough, you’d have to go back to January for Roma’s last competitive home loss, with ‘I Giallorossi’ putting together 14 straight home encounters with losing since (W9, D4).

On the other hand, HJK’s first Europa League group stage appearance since 2014/15 comes as a reward for qualifying successes over Maribor and Silkeborg. Yet the defending Finnish champions slumped to a 2-0 home defeat to Real Betis in their opening Group C fixture, living up to their status as prospective whipping boys in this section. Moreover, Toni Koskela’s side lost all three away matches in their most recent Europa League group phase participation, conceding precisely twice in each defeat while scoring only once in return. If there’s a glimmer of light at the end of the tunnel, it’s the fact that HJK won their most recent European game against Italian opponents after losing each of their previous five in a row. 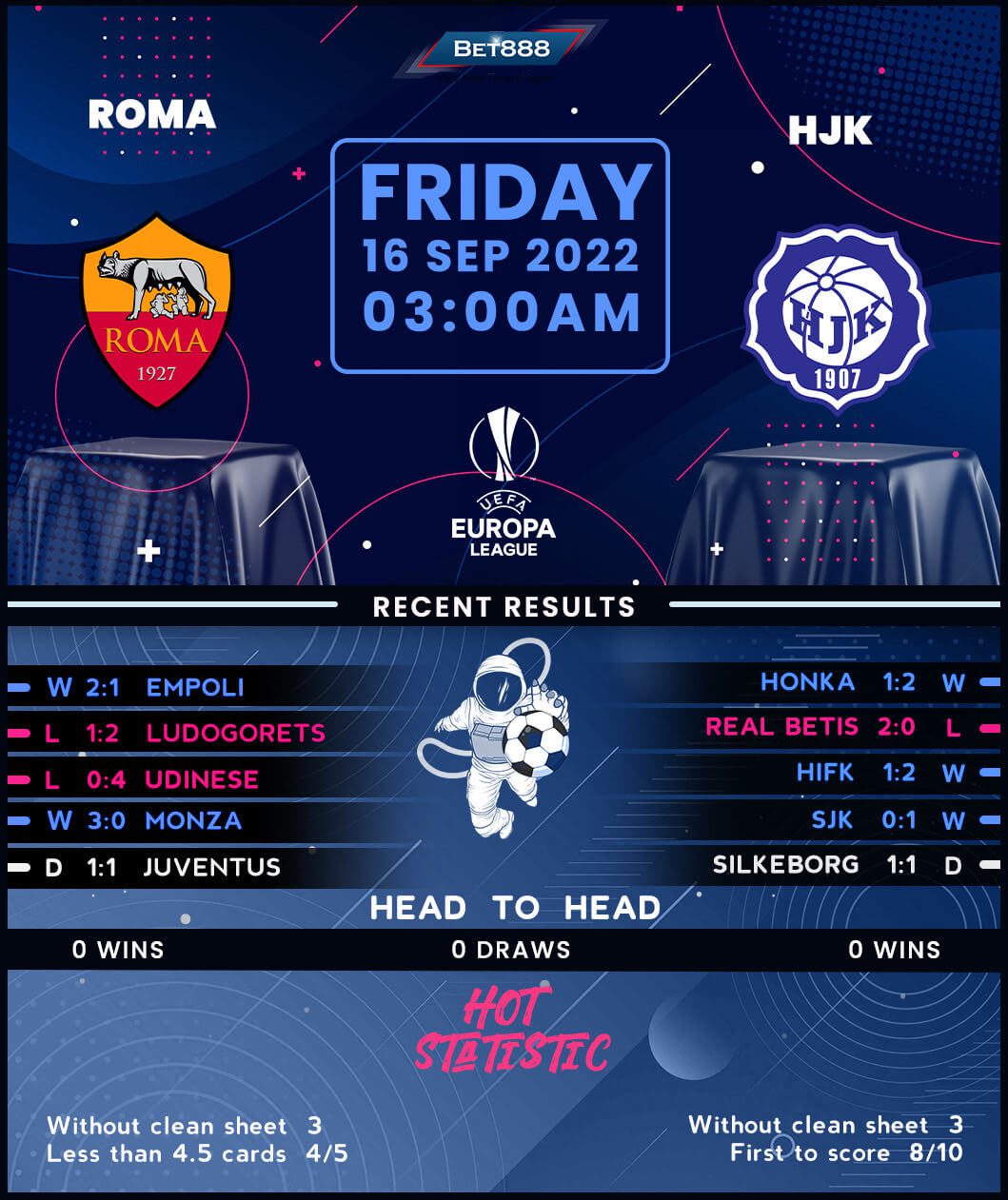