Stadio Olimpico is the venue as out-of-sorts Roma aim to turn their Serie A fortunes around in 2023 against high-flying Bologna.

The World Cup break couldn’t have been timed any better as far as Roma are concerned, as it gave manager Jose Mourinho almost eight weeks to rally his troops following an abysmal three-game winless Serie A streak (D1, L2). Stuck three points adrift of fourth-placed Lazio, ‘I Giallorossi’ will be out to arrest a two-game scoring drought against Bologna in Serie A (D1, L1) and win their first top-flight home fixture since early October. Since beating a ten-man Lecce 2-1, Mourinho’s men have gone winless in three consecutive home league games (D1, L2), failing to get on the scoresheet twice in that span. Ominously for Roma, the last time they failed to win four Serie A home outings in a row was in February 2020, with the fourth game coming against non-other than Bologna.

However, after drawing a blank in their last two Serie A visits to the Stadio Olimpico, Bologna could fail to score in three consecutive top-flight away H2Hs against Roma for the first time in the club’s history. Therefore, head coach Thiago Motta will be desperate to keep his team on the upward trajectory, with ‘I Rossoblu’ racking up four wins from five league games (L1) before the mid-season break curtailed their momentum. Motta has yet to address Bologna’s form woes on the road, though, as the visitors lament a dreadful record of one win from seven Serie A travels this season (D1, L5). Conceding first may not necessarily lead to another disappointment, given that Bologna have won three out of seven top-flight clashes in which they’ve fallen behind this season (W3, L4). 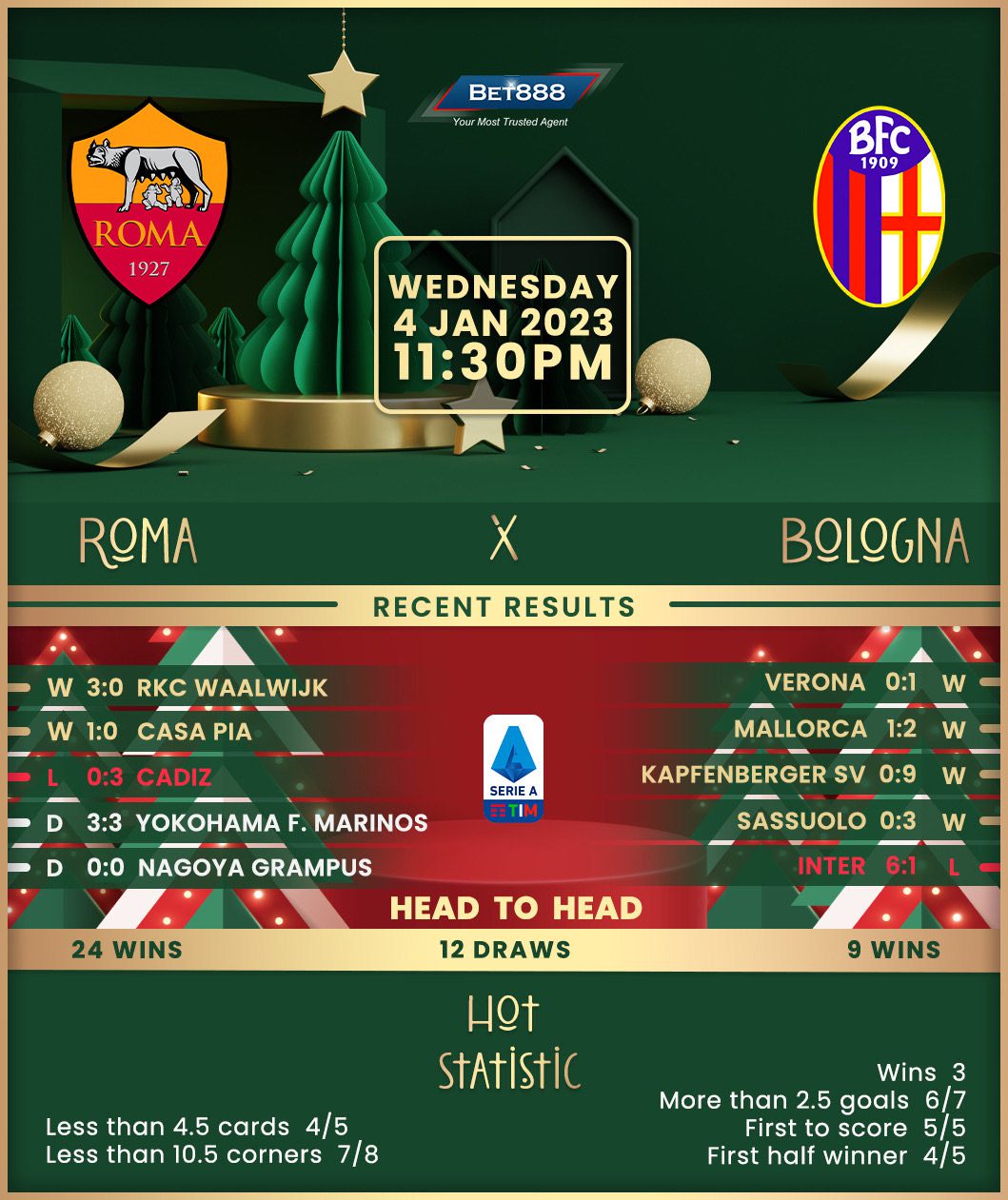