Stade Auguste-Delaune is the venue as Reims and PSG go head-to-head in an exciting Ligue 1 match-up.

Reims’ hopes of avoiding a season-long battle against relegation took another blow last weekend as an action-packed 2-2 draw at Troyes extended their winless Ligue 1 streak to four matches (D2, L2). After winning just once in the opening nine league rounds (D4, L4), it’s no major surprise the hosts will take the field outside safety. PSG’s forthcoming visit threatens to throw Reims into further disarray as ‘Les Rouges et Blancs’ have lost their last four top-flight H2Hs without scoring while conceding ten goals in return. Spanning back to the tail-end of the 2021/22 season, Oscar Garcia’s lads have won just one of their last ten Ligue 1 fixtures (D4, L5). Adding to the home side’s worries, they’ve not kept a single clean sheet across their 15 previous league outings!

As for PSG, a 1-1 draw at Benfica in midweek Champions League action kept them at the top of Group H but halted their seven-match winning streak across all competitions. Odds-on favourites to maintain their five-game winning run in Ligue 1, ‘Les Parisiens’ could become only the third side in the 21st century to pick up 28 points after 10 Ligue 1 games. Both previous instances that saw one team achieve that feat resulted in that club lifting the title. Having averaged 3.11 goals per league match this season, PSG could reach that milestone in a thumping fashion. Enthusiasm must be skyrocketing in Christophe Galtier’s corner as his men have won their last six Ligue 1 fixtures on hostile turf, the longest ongoing such streak in Europe’s top-five leagues. 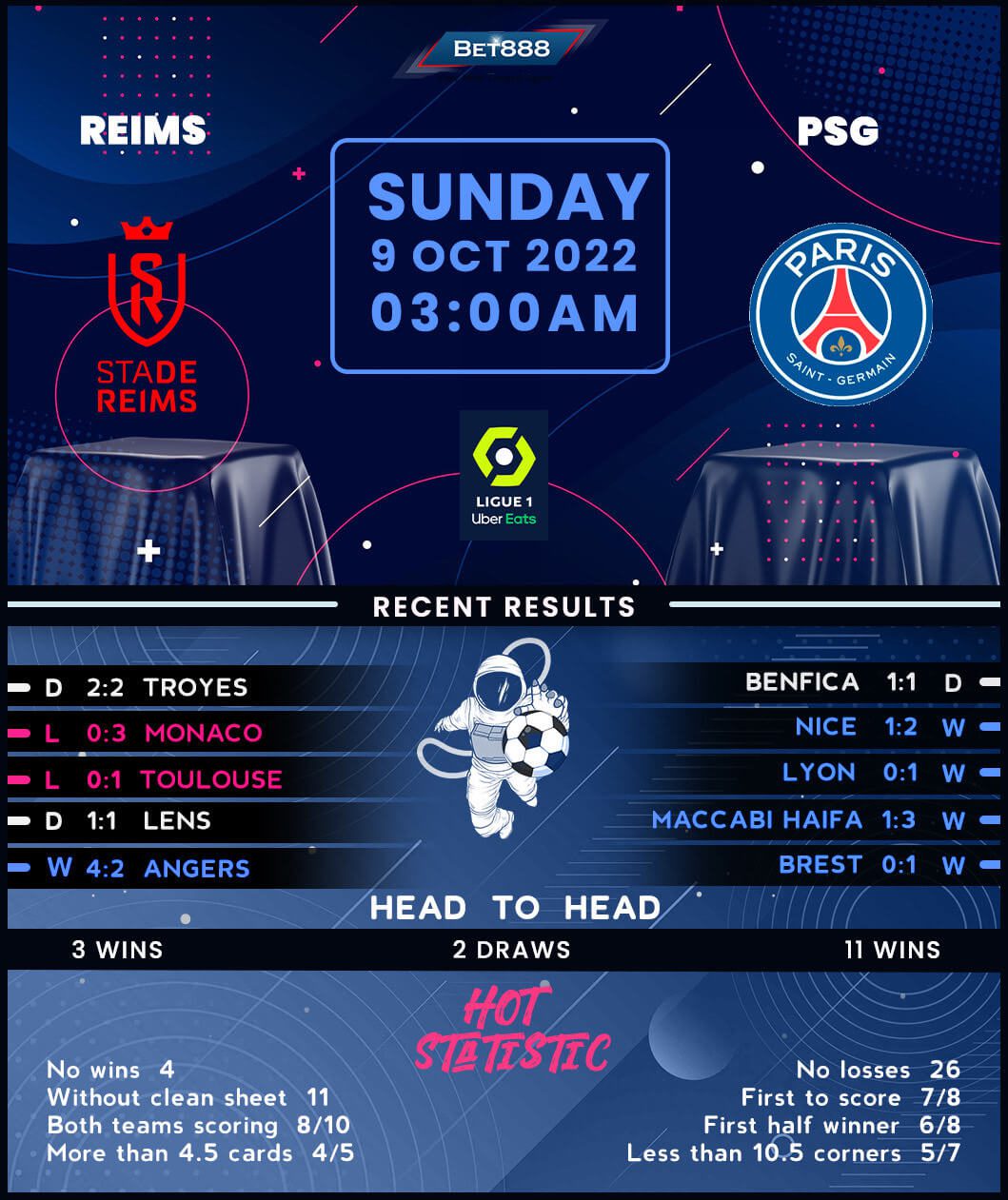