A frustrating 1-0 defeat away at Espanyol last time out brought Real Sociedad’s 13-match unbeaten La Liga run to a halt (W8, D5), leaving them a whopping seven points adrift of pacesetters Real Madrid. Now back to the famous Anoeta, where they have yet to lose a league match this season (W4, D3), ‘La Real’ will be gunning for their first top-flight H2H triumph since May 2019 (D2, L2 since). Both last season’s La Liga meetings between the two of them ended level in matches garnering under 2.5 total goals. Topically, entertainment has been relatively sparse at Reale Arena this season, with all but one of Sociedad’s seven league matches here featuring under 1.5 goals. Indeed, a lack of firepower up top has seen Imanol Alguacil’s side score one goal or less in each of their nine competitive home games this term.

By contrast, Real Madrid have been nothing short of outstanding in the front third so far this term, netting a league-high 35 goals in La Liga, at least nine more than any other side. A narrow 1-0 home victory over another Basque team Athletic Bilbao in midweek took Madrid’s winning streak in La Liga to five matches, four of which yielded a full-time margin of a single goal. ‘Los Merengues’ have racked up six wins across their opening eight La Liga away games this season (D1, L1) and will be looking to add to that tally against familiar foes. Indeed, the record-time European champions have won more La Liga away fixtures (30) and scored more top-flight goals on hostile turf (126) versus Sociedad than against any other side in the competition’s history. 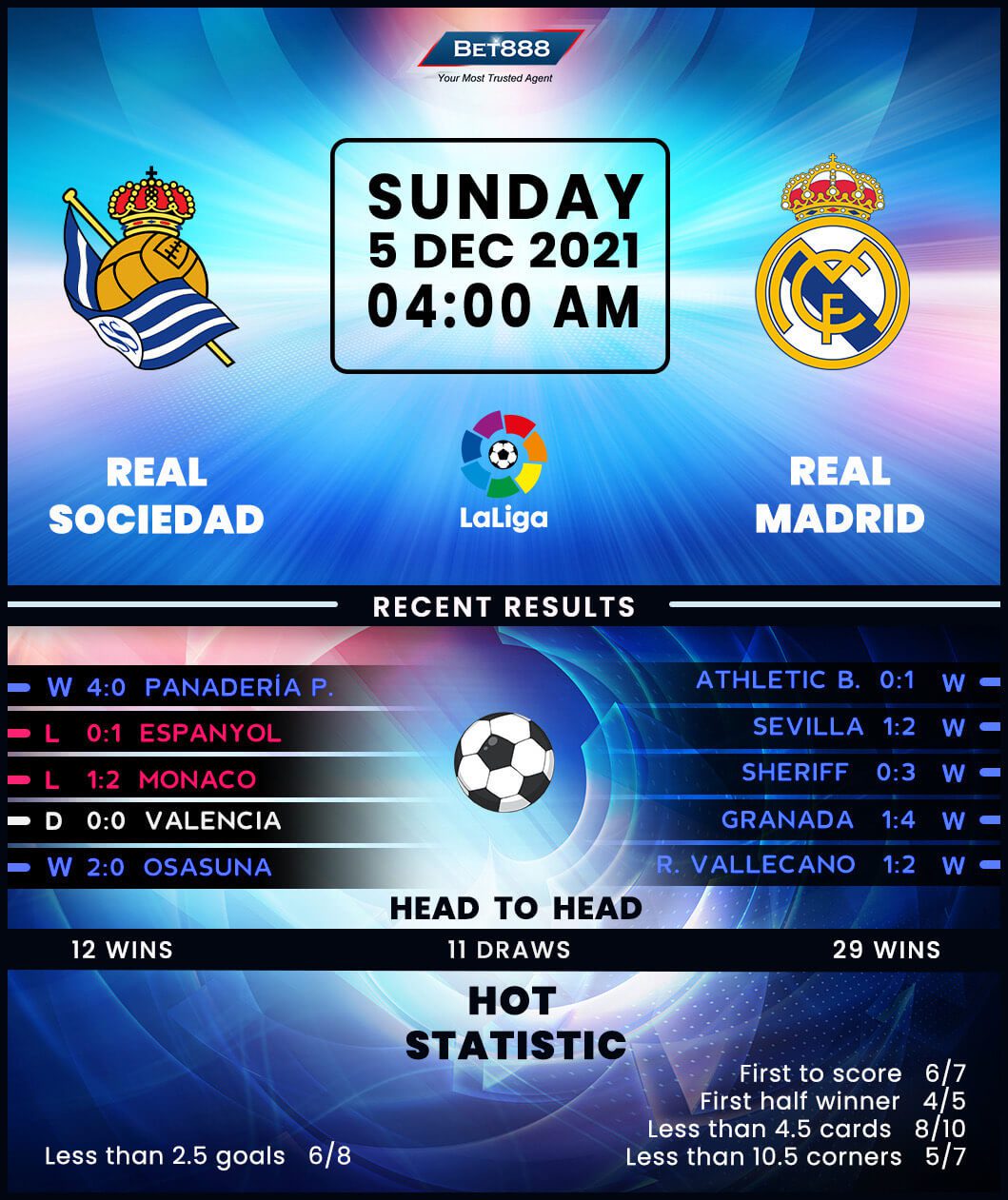