Real Sociedad and Barcelona are set to trade tackles at Reale Arena in a potentially evenly-contested La Liga fixture.

Real Sociedad launched the 2022/23 La Liga season with a hard-fought 1-0 home triumph over Cadiz as 21-year-old Takefusa Kubo became the second youngest player to score on his La Liga debut for the club in the new millennium. However, Barcelona’s visit to the Anoeta could dampen the enthusiasm in the home camp, with Imanol Alguacil’s side going winless in their last 12 La Liga H2Hs (D2, L10), their second-worst streak in such match-ups since 1960. On top of that, ‘La Real’ are winless in six consecutive home league meetings with this opposition (D2, L4), losing the last two in a row. Alguacil’s men could prove a tough nut to crack, though, as Sociedad’s air-tight backline conceded a league-low nine home goals last season.

In the meantime, a new-look Barcelona side could only manage a dismal goalless home draw with Rayo Vallecano in their curtain-raising La Liga outing. Frustration boiled over as long-serving captain Sergio Busquets received only his second red card in 452 La Liga appearances. A path to redemption starts in the Basque country, with Barcelona looking to avoid a piece of unwanted history after drawing a blank in their last three La Liga outings (D2, L1). The ‘Blaugrana’ have never failed to score in four consecutive top-flight matches in their history. There’s plenty of reason for optimism, as Xavi Hernandez’s men haven’t lost any of their 11 away league games in 2022 thus far (W8, D3). Barcelona will be looking to put together three successive La Liga wins away to Sociedad for the first time since 1995. 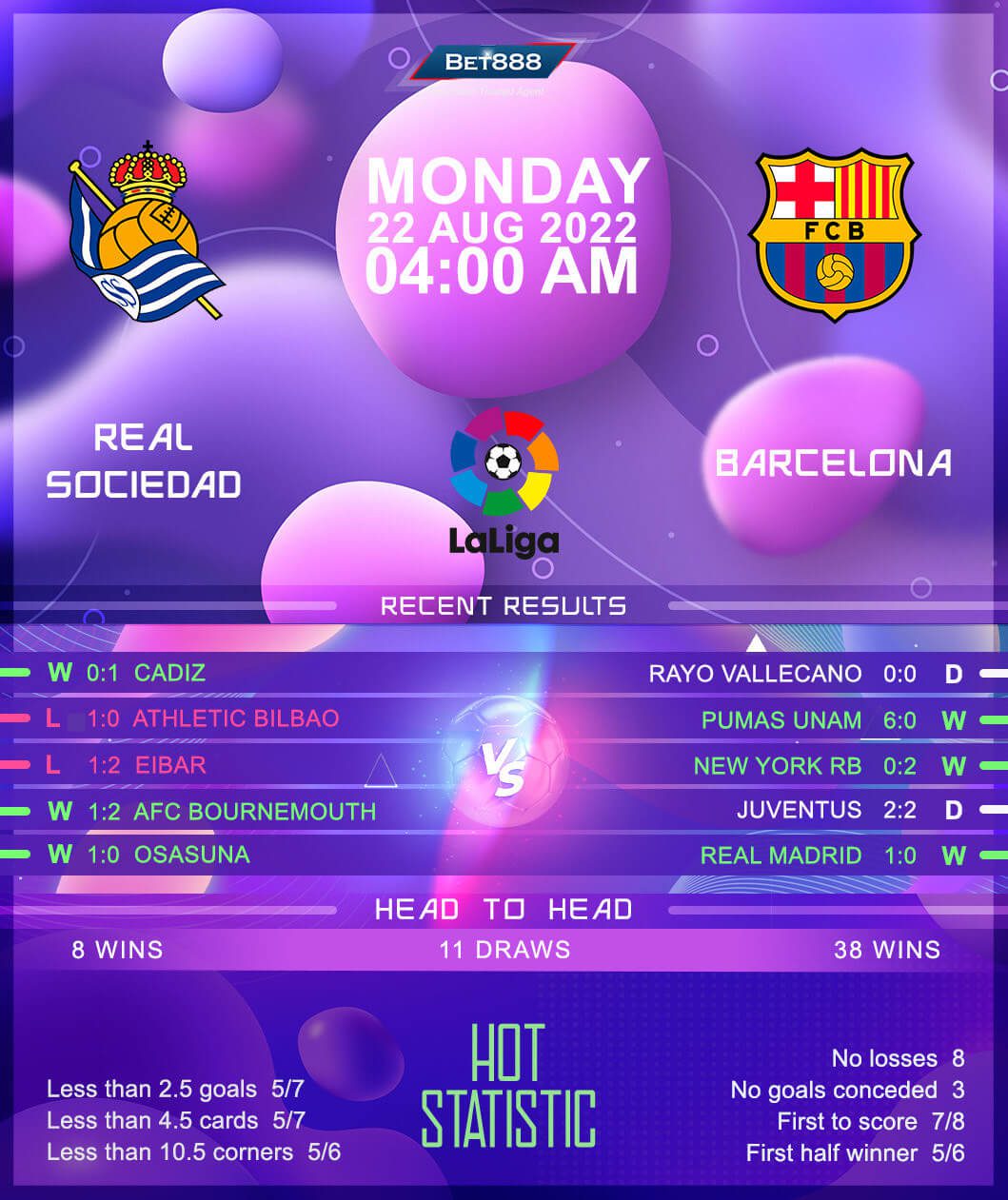