Defending La Liga champions Real Madrid will be looking to arrest their underwhelming streak against Real Betis when the two sides meet at the Santiago Bernabeu.

Real Madrid’s La Liga title defense has been off to a flying start, with ‘Los Blancos’ winning all three opening league matches on the road for the first 100% three-game opening for the first time since 2018/19. Standing between ‘Los Merengues’ and their first perfect four-game top-flight start since 2016/17 is Real Betis, the only remaining La Liga side to have won all three opening league outings. There’s a reason for concern in Carlo Ancelotti’s corner, considering his men are winless in their last four La Liga meetings with this opposition (D2, L2), failing to get on the scoresheet in the most recent three. On top of that, the reigning Spanish champions have won none of their last five home league matches against Betis (D3, L2).

In the meantime, visiting Real Betis have managed a perfect three-game La Liga start for the first time since 2011/12, with their last two league wins yielding a single-goal margin. Bringing the 2021/22 campaign into the equation, Manuel Pellegrini’s men are unbeaten in six consecutive top-flight fixtures (W5, D1), registering five clean sheets in that span. As bizarre as it may sound, ‘Los Verdiblancos’ could record another shutout here, as they’ve held Madrid goalless in all five previous La Liga H2Hs at the Bernabeu (W2, D3). Interestingly, delivering action from the get-go, the visitors have amassed four of their six league goals this season in the first half of play. Against this backdrop, you’d have to go to March 2017 to find Betis’ last first-half goal at the Bernabeu. 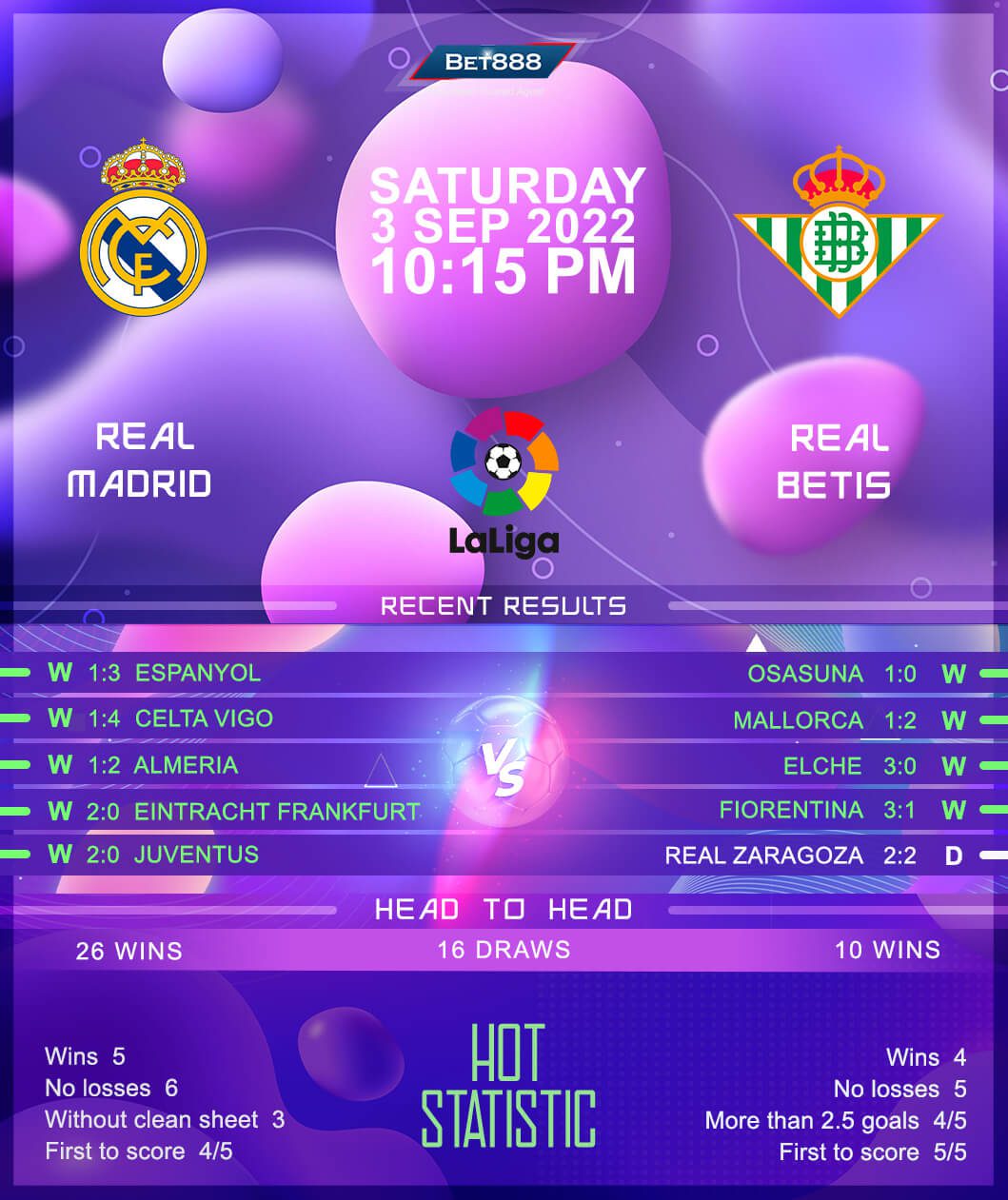