Rose Bowl is the venue as Real Madrid and Juventus lock horns in a mouth-watering pre-season encounter.

After reclaiming La Liga supremacy and racking up a record-extending 14th Champions League title last season, Real Madrid have run out of steam. ‘Los Merengues’ fell to a narrow 1-0 defeat to arch-rivals Barcelona in their opening pre-season friendly before being held to an action-packed 2-2 draw to Liga MX outfit Club America last time out. Unlike some previous years, Carlo Ancelotti’s men have been relatively quiet in the summer transfer window. Aurelien Tchouameni and Antonio Rudiger are the only players to have moved to Santiago Bernabeu this summer. Connoisseurs of high-scoring affairs may want to skip this one, given that five of Madrid’s last six matches have featured under 2.5 goals, highlighting the potential for a low-scoring match-up.

Meanwhile, Juventus’ United States Tour got off to a flying start, courtesy of a 2-0 triumph over Chivas Guadalajara that saw them score on either side of halftime. Massimiliano Allegri’s side hit back twice to hold Barcelona to a 2-2 draw last time out as star defender Gleison Bremer made his debut following his mega-money switch from Torino. Bremer’s arrival should help ‘I Bianconeri’ address the defensive woes that have seen them concede precisely twice in five of their last six outings. However, marquee summer signing Paul Pogba has sustained a knee injury that could force him to a lengthy spell on the sidelines. Pogba’s absence could hinder Juve’s bid to defy an underwhelming four-game H2H record versus Madrid (W1, L3). 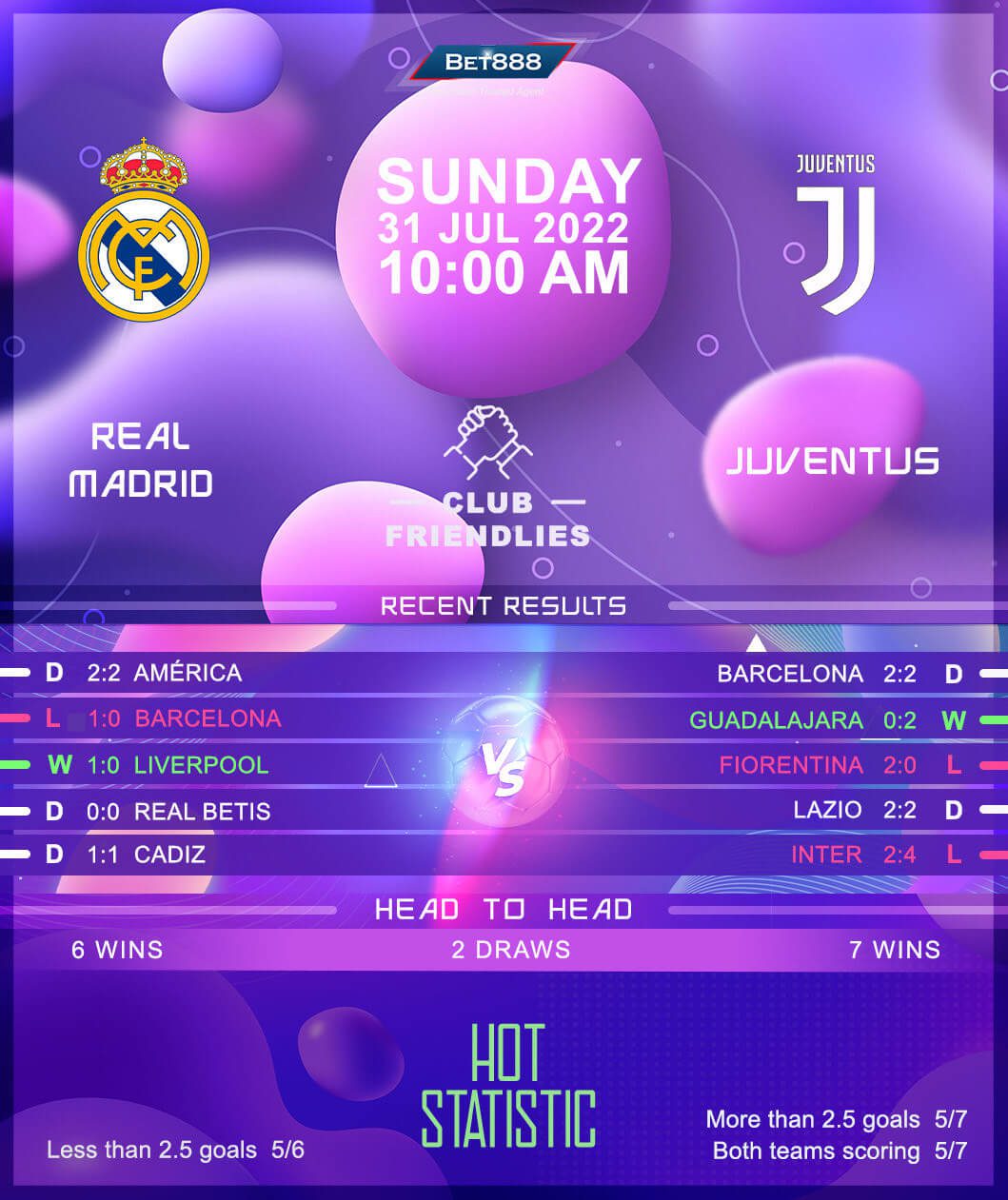