Estadio Santiago Bernabeu is the venue as reigning La Liga champions Real Madrid and newcomers Girona face each other for the first time since 2019.

RB Leipzig’s 3-2 Champions League win in midweek may have inflicted the first competitive loss on Real Madrid this season, yet ‘Los Blancos’ have no reason to panic. Going into this La Liga round, Carlo Ancelotti’s men hold a three-point lead on second-placed Barcelona following a remarkable 11-game unbeaten start to their title defence (W10, D1). Goals have been raining down at the Bernabeu this season, with Madrid netting at least twice in five of their seven competitive home matches, except for a 1-1 draw with Osasuna in early December. But after finding themselves on the wrong side of a 2-1 scoreline in their most recent top-flight home H2H against Girona, ‘Los Merengues’ cannot take anything for granted. That’s even though they had netted 4+ goals in their two previous competitive home encounters against them.

In the meantime, visiting Girona fought back from a goal down to hold Osasuna to a 1-1 home stalemate last weekend, extending their winless La Liga streak to six matches (D2, L4). It’s hard to see the visitors getting back to winning ways in Madrid, considering they’ve lost all but one of their five away league games this season (D1), conceding 2+ goals in each of the last three. On top of that, Michel’s men have lost three consecutive top-flight visits to the Madrid region, having suffered just one defeat on their previous seven such travels beforehand (W3, D3). But an evenly-balanced all-time H2H record against Real Madrid in La Liga (W2, L2) leaves Girona’s chances of staging an upset open to interpretation. 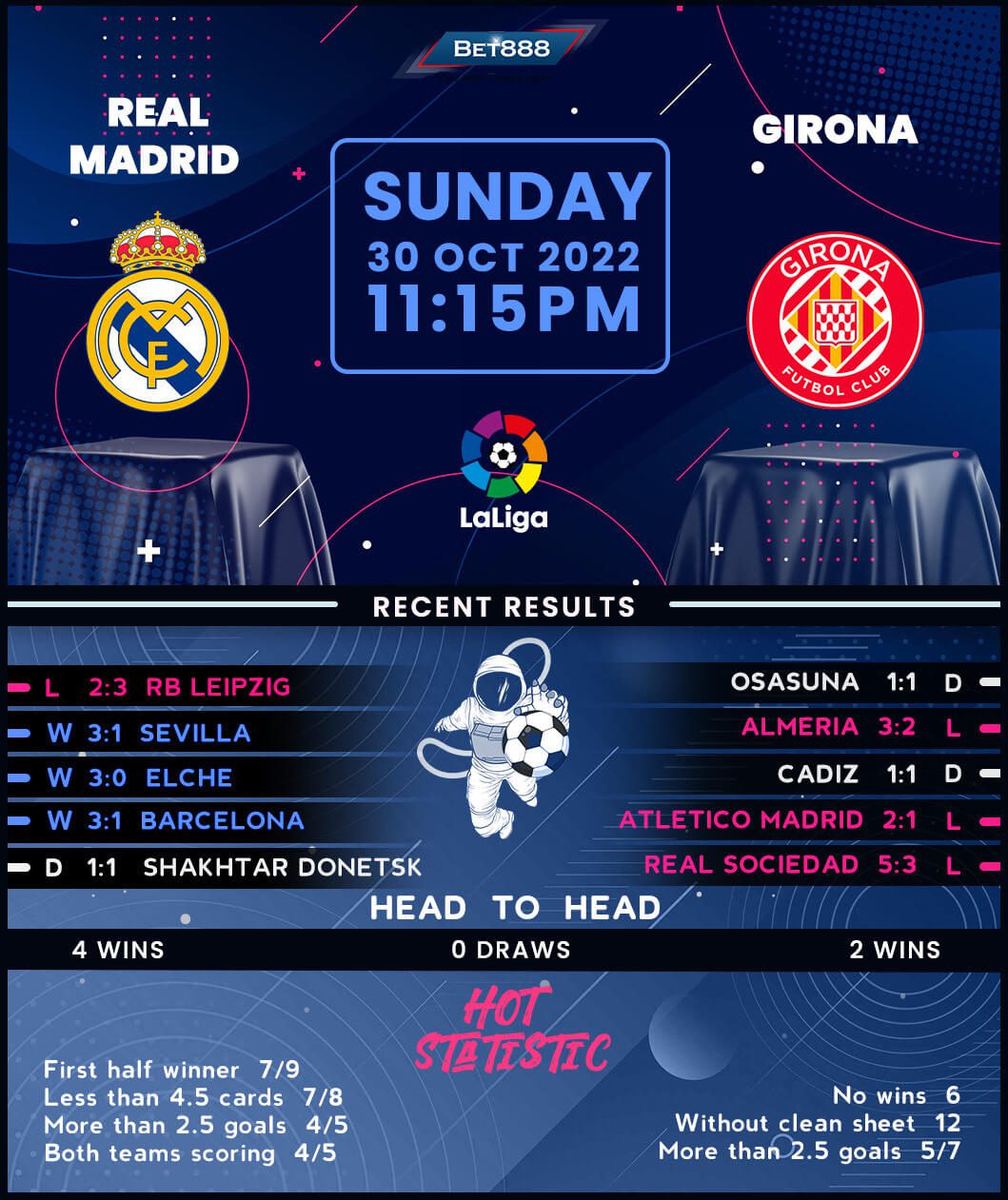