Helsinki Olympic Stadium has the privilege to host the 2022 UEFA Super Cup showpiece as Real Madrid and Eintracht Frankfurt go head-to-head for the trophy.

Vinicius Junior’s winner in last season’s Champions League final against Liverpool handed Real Madrid a record-extending 14th European Cup title and booked their place in the UEFA Super Cup for the eighth time. Though they have lost only twice in their seven previous appearances in the showpiece, their most recent attempt to lift the award collapsed at the hands of Atletico Madrid in 2018. But Carlo Ancelotti’s side will show up in a confident mood after winning the Champions League and La Liga titles last season. On top of that, ‘Los Merengues’ boast an 11-match unbeaten European streak against German clubs (W7, D4) as they aim to conquer the record-equalling fifth UEFA Super Cup. Marquee summer signings Antonio Rudiger and Aurelien Tchouameni are in contention to make their competitive debuts for the Spanish powerhouse in Helsinki.

In the meantime, Eintracht Frankfurt’s first foray into the UEFA Super Cup comes as a courtesy of last season’s stunning Europa League triumph. Oliver Glasner’s team overcame Scottish heavyweights Rangers following a nerve-shredding penalty shoot-out to win the first piece of continental silverware in the 21st century. But ‘Die Adler’ experienced a thoroughly underwhelming 2021/22 Bundesliga season, having had to settle for a dismal 11th-place finish. They started the new league campaign in a similar fashion, with perennial German champions Bayern Munich thrashing them 6-1 in a curtain-raising 2022/23 Bundesliga fixture last time out. Yet, there’s a piece of history up for grabs here, as Frankfurt entertain the prospect of becoming only the second-ever German club to win the UEFA Super Cup. 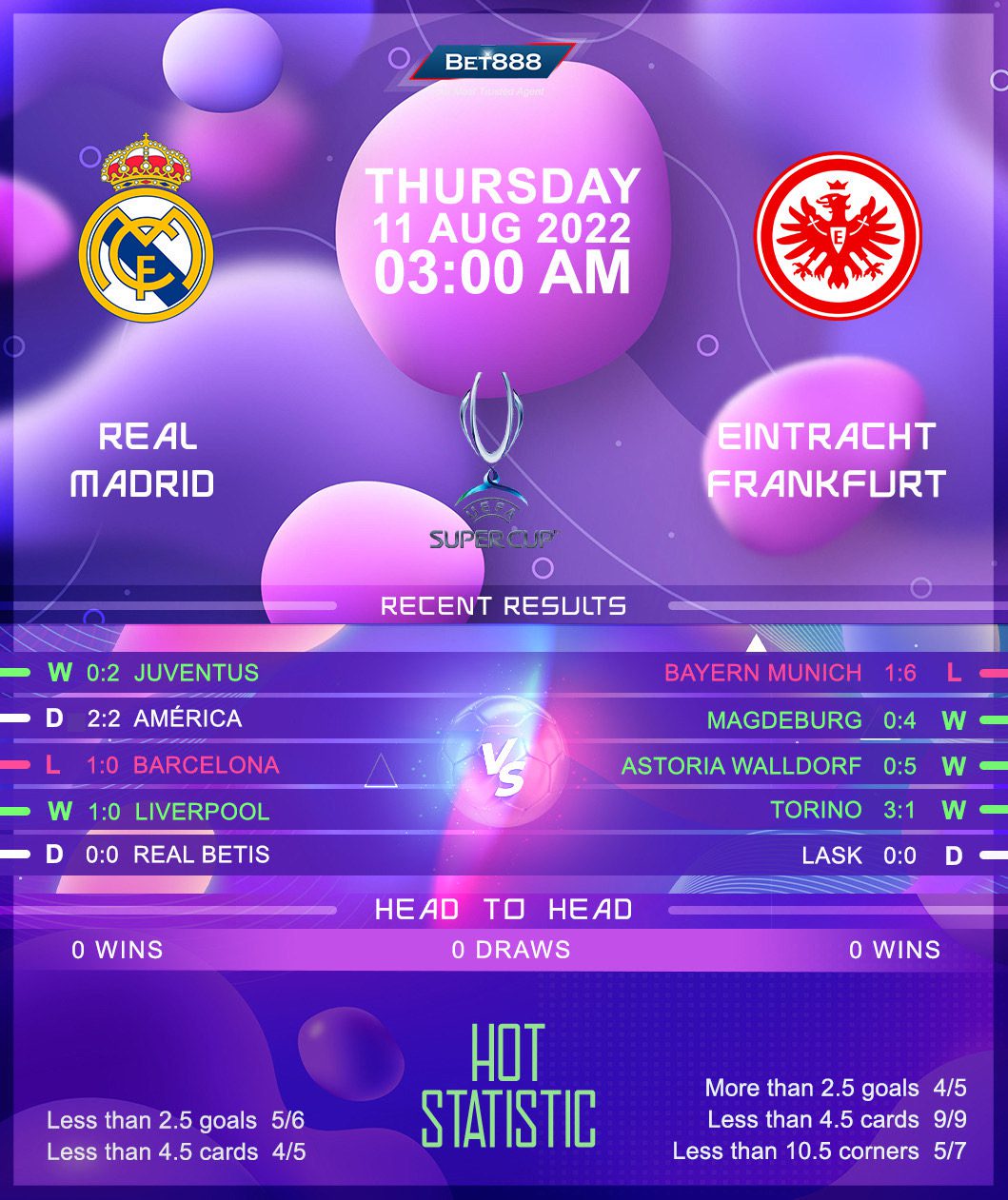