Both sides have experienced identical fortunes across the opening eight league matchdays (W7, D1) and come into proceedings to take control of the all-time scoring H2H stakes in La Liga. With both teams netting 295 top-flight goals against each other, whoever comes out victorious will seize control of the bragging rights. After eking out a 1-0 win at Getafe last weekend, Real Madrid hit back deep into stoppage-time to hold Shakhtar Donetsk to a 1-1 draw in midweek Champions League action and secure their berth in the competition’s knockouts. Yet to lose a competitive game in 2022/23 (W10, D2), ‘Los Blancos’ will be out to avenge an embarrassing 4-0 defeat to Barcelona in this corresponding fixture last season and build on an eye-catching six-game form against arch-rivals in all competitions (W5, L1).

Unlike their hosts, visiting Barcelona face imminent danger of failing to make it out of the Champions League group stages twice in a row for the first time in the new millennium after drawing 3-3 with fellow Group C runner-up hopefuls Inter Milan a few days ago. Things are looking much more promising in La Liga, where the ‘Blaugrana’ have won seven consecutive matches since a scoreless home draw with Rayo Vallecano on the opening weekend. It’s worth noting that Xavi Hernandez’s men conceded just once across those seven victories, which is the joint-best eight-match defensive start to a new top-flight season in Spain. After guiding the Catalans to a thumping triumph at the Bernabeu last season, Xavi will be looking to help Barcelona win back-to-back league H2Hs against Madrid without conceding for the first time since 2009-10. 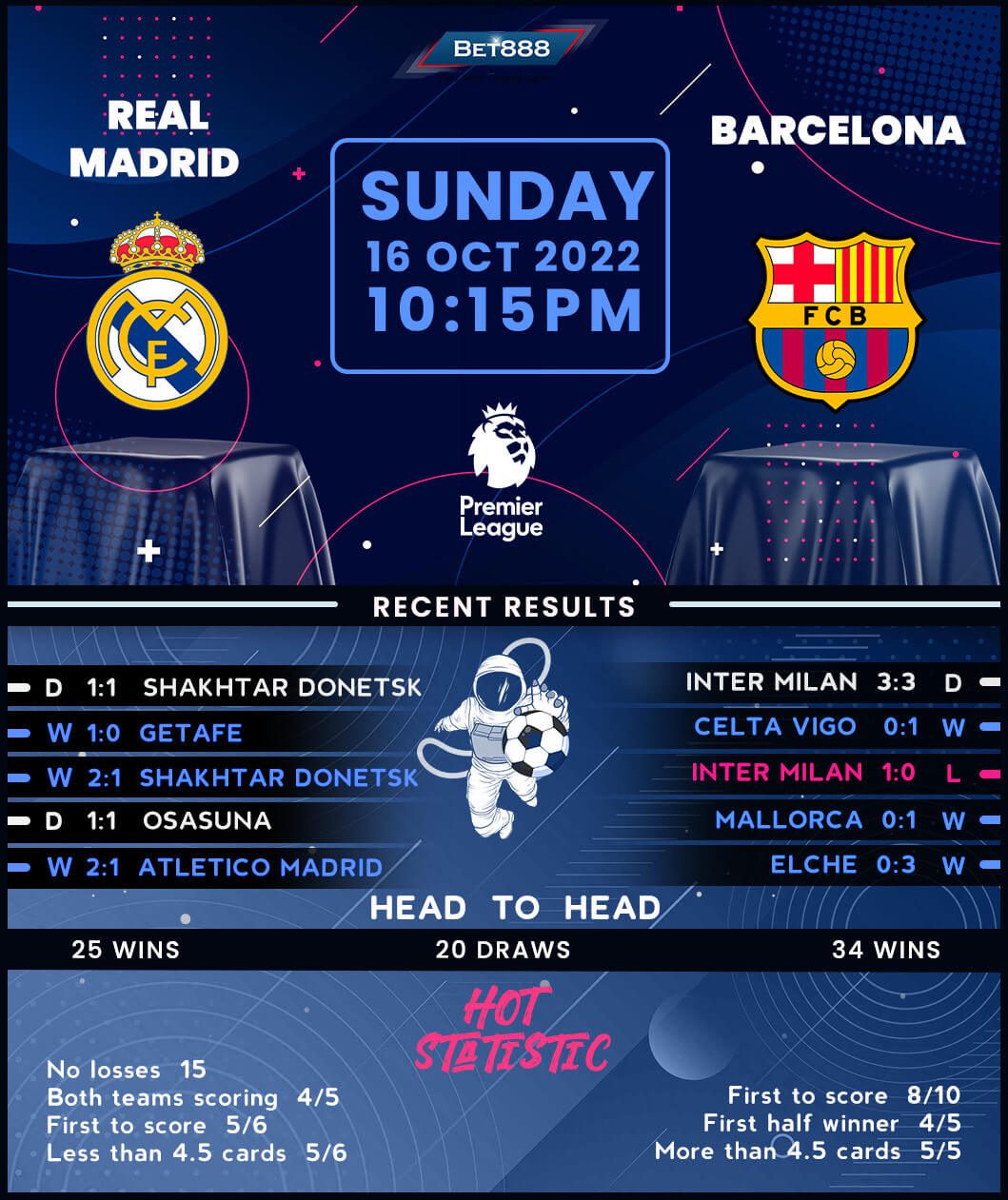