RB Leipzig head to the Mercedes-Benz Arena to take on relegation-battling Stuttgart in a must-win Bundesliga fixture.

An uneventful scoreless draw at rock-bottom Greuther Furth in their opening Bundesliga match of 2022 extended Stuttgart’s winless league streak to three games (D1, L2), all of which saw them fail to get on the scoresheet. As a result, Pellegrino Matarazzo’s men have nothing but a superior goal difference to 18th-placed Arminia Bielefeld to thank they are not occupying the dreaded play-off spot. A return to the Mercedes-Benz Arena may not necessarily inspire Stuttgart’s bid to get their stuttering domestic season back on the rails as they’ve only won one of their last five top-flight home outings (D2, L2). Leipzig’s visit to the town further douses any embers of optimism in the home camp, considering ‘Die Schwaben’ have never won a Bundesliga meeting with this opposition (D1, L6), drawing a blank in six of those seven matches.

On the other hand, RB Leipzig brushed Mainz aside with an overwhelming 4-1 home triumph at the beginning of the new calendar year, putting a two-game winless Bundesliga streak firmly behind (D1, L1). Though it may sound almost unrealistic, ‘Die Roten Bullen’ go into this matchday as one of just two Bundesliga sides yet to pick up a single top-flight win on the road this season (D4, L4). Much of Leipzig’s struggles on hostile turf has to be pinned on a lacklustre attack that has netted a measly average of 0.62 goals per Bundesliga trip this term. But after losing just one of their four top-flight matches under new manager Domenico Tedesco (W2, D1), the visitors will fancy their chances of winning their third consecutive Bundesliga game at the Mercedes-Benz Arena. 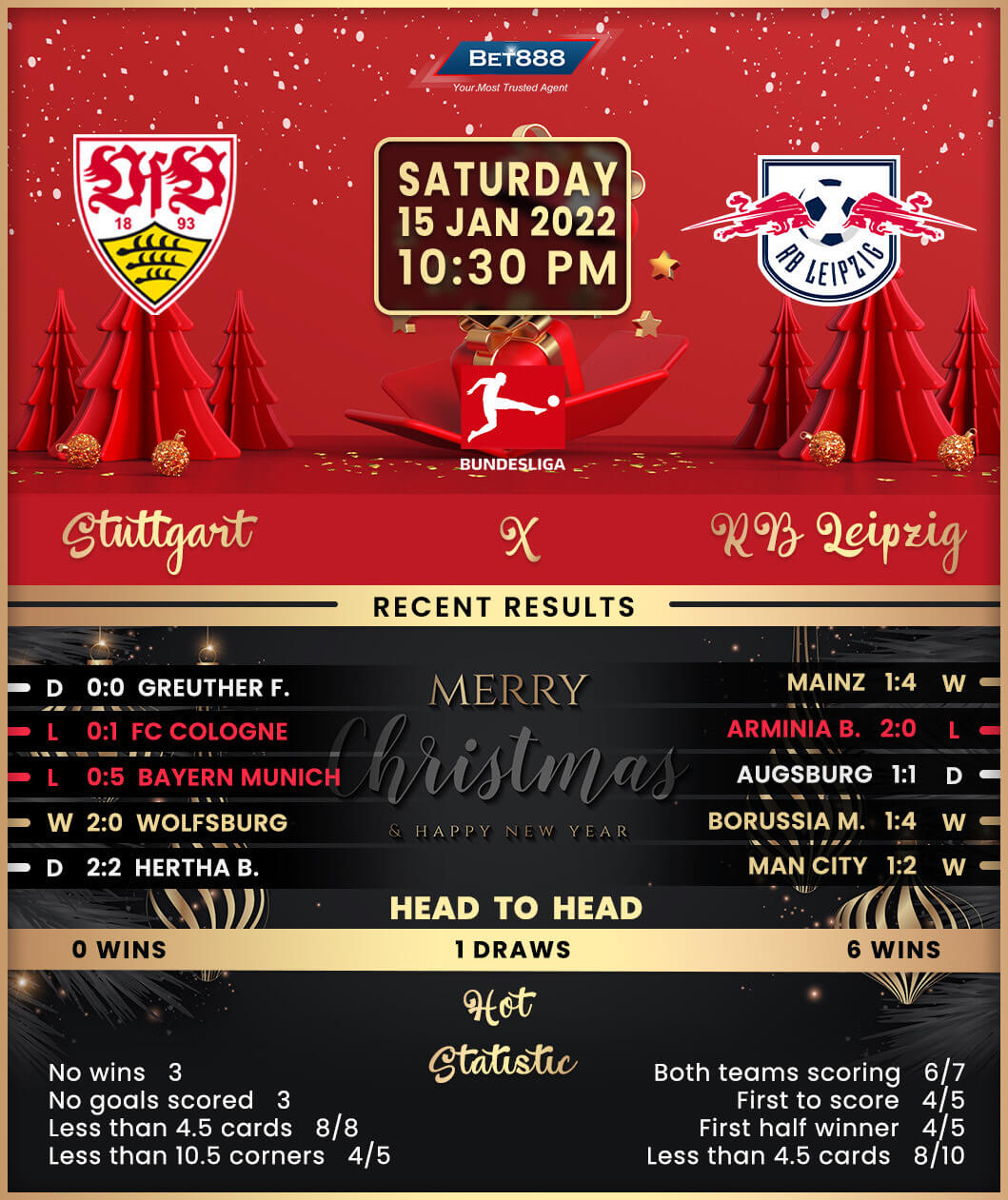