RB Leipzig and Shakhtar Donetsk are set to square off at the Red Bull Arena in their curtain-raising Champions League Group F fixture.

Coming into their fourth consecutive Champions League group stage appearance, RB Leipzig fell to a humiliating 4-0 defeat to fellow Champions League participants Eintracht Frankfurt at the weekend. An embarrassing performance against bitter Bundesliga rivals undid successive competitive wins over Wolfsburg and fourth-tier side Teutonia via an aggregate score of 10-0, casting doubt on their ability to make it out of the Champions League group stages for the third time in four seasons. Despite failing to progress from last season’s group phase, Leipzig capped off their 2021/22 Champions League participation with back-to-back victories and could now make it three wins in a row for the second time in the club’s history. The signs are positive, as ‘Die Roten Bullen’ have only lost one of their last eight home matches in the competition’s group stages (W5, D2).

As for Shakhtar Donetsk, the long-awaited return of the Ukrainian Premier League has seen the ‘Miners’ start the new season on a run of three unbeaten matches (W2, D1), all of which featured under 1.5 total goals. With all of their star players gone due to Russia’s ongoing invasion of Ukraine, Igor Jovicevic’s men will face the uphill task of arresting an underwhelming seven-match winless streak in the Champions League (D3, L4). Indeed, Shakhtar finished last season’s group stage without winning a single game (D2, L4), doing so for the first time in the club’s history. Speaking of the pieces of unwanted history, the Ukrainian heavyweights have only won one of their previous ten Champions League clashes against German opponents (D4, L5). 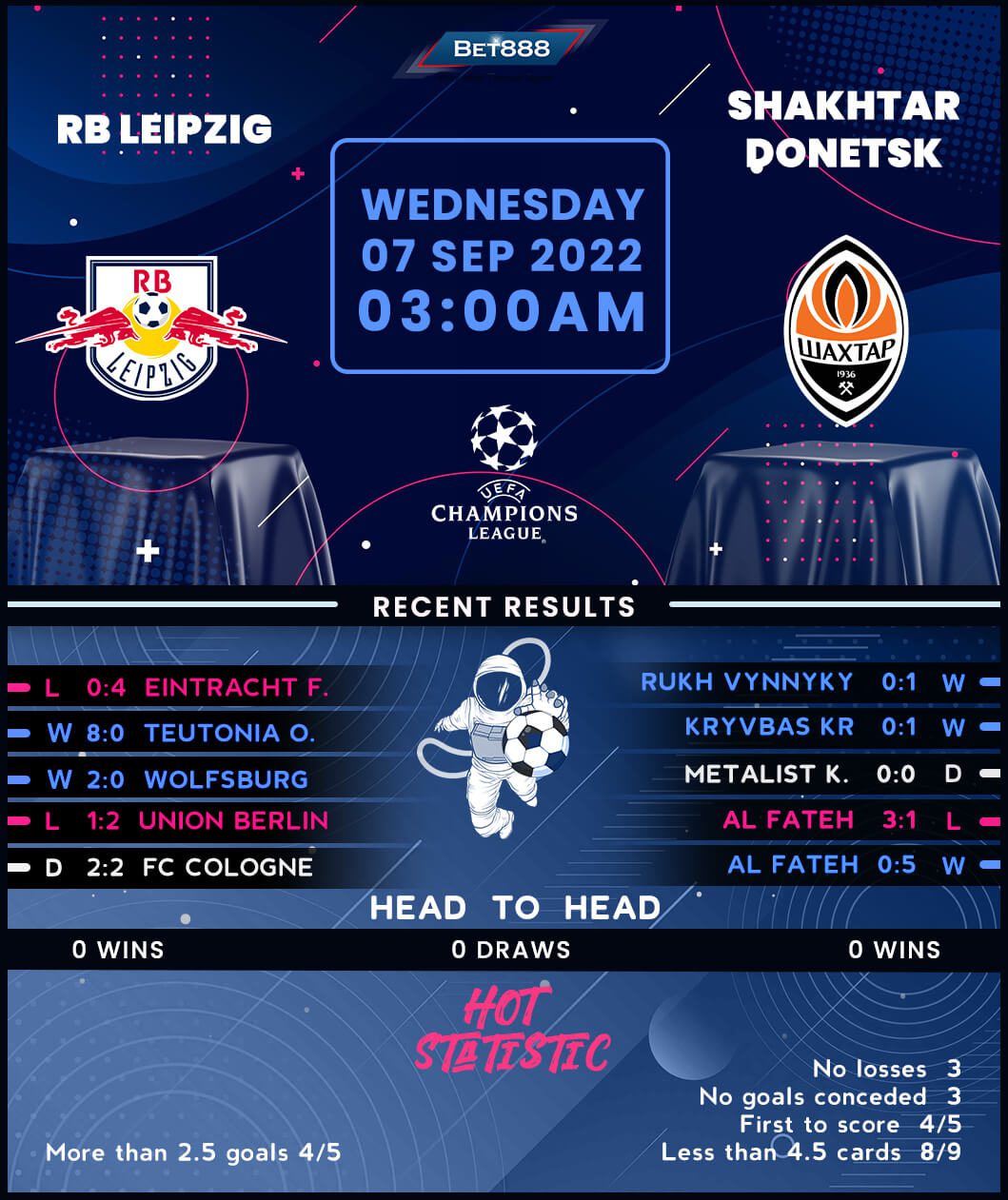