It’s been a disastrous European start for Leipzig as they’ve lost both opening group stage fixtures via an aggregate score of 6-1, including a 4-1 thrashing at the hands of Shakhtar Donetsk at this stadium. Since a 2-0 triumph over Istanbul Basaksehir in their first home game of the 2020/21 Champions League season, ‘Die Roten Bullen’ have failed to keep a clean sheet in seven consecutive home outings in the competition. With Leipzig’s vulnerable backline conceding an average of two goals per game during that seven-match sequence, their hopes of beating Celtic in their second home European H2H are up in the air (W1). Not even a managerial shift early in the season has helped the Germans find their feet as they’ve blown hot and cold across four competitive fixtures under Marco Rose (W2, L2).

On the other hand, goals on either side of halftime catapulted Celtic to a 2-1 home win over fellow Scottish Premiership rivals Motherwell at the weekend, ending their poor three-game winless streak in all competitions (D1, L2). However, Celtic’s hopes of making it out of the Champions League group phase for the first time since 2012/13 are hanging by a threat after they’ve won none of their first two Group F contests (D1, L1). Having fallen three points behind second-placed Shakhtar in the race for a runner-up finish behind undisputed leaders Real Madrid, the ‘Hoops’ will take the field aiming to post their first-ever European victory on German soil. Indeed, the Scottish heavyweights have gone winless on their previous 13 visits to the country (D3, L10), frustratingly drawing a blank on nine occasions. 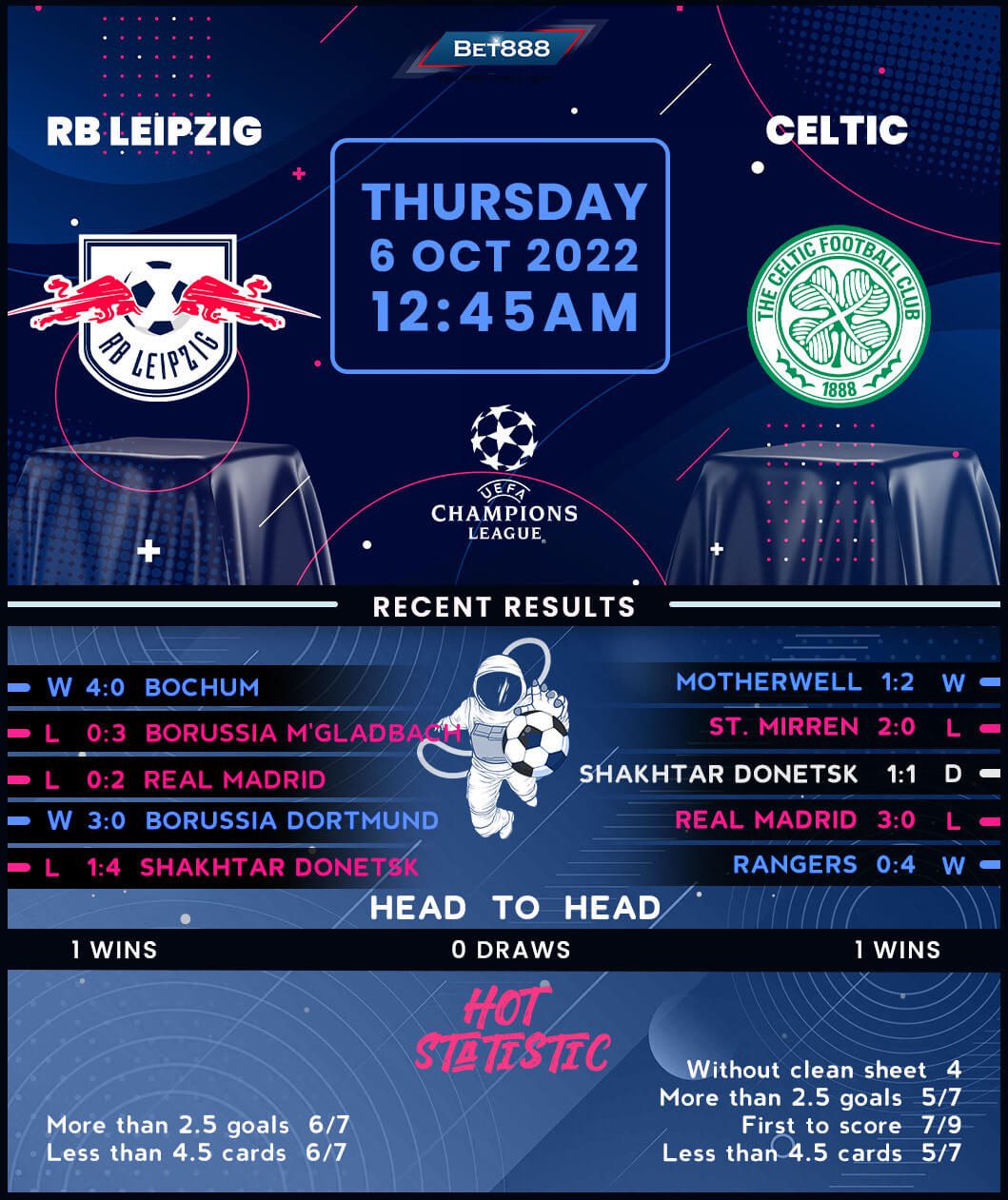