Rangers and Liverpool are set to face each other in a battle of Britain at Ibrox Stadium, with the hosts’ Champions League survival on the line.

After losing their opening three Group A matches without scoring, Rangers head into matchday four nailed to the bottom of the table with minimal chances of reaching the knockouts. Scoring has been a genuine issue for the ‘Gers’ in the Champions League lately, as they’ve failed to get on the scoresheet in eight of their last 11 outings in Europe’s elite club competition. Their scoring drought is likely to go on, considering they’ve drawn a blank in five consecutive European encounters against English opposition (D1, L4). On top of that, the Scottish heavyweights have suffered six defeats in their last eight Champions League matches in Glasgow (W1, D1). On the bright side, Giovanni van Bronckhorst’s side thrashed fellow domestic rivals St. Mirren 4-0 at home over the weekend to bolster their confidence ahead of this clash.

In the meantime, visiting Liverpool battled back twice but eventually succumbed to a 3-2 defeat away to Arsenal at the weekend, maintaining their underwhelming Premier League start (W2, D4, L2). Stuck in mid-table lethargy, the ‘Reds’ can at least find some enthusiasm in their recent European form. After losing 4-1 at Napoli in their curtain-raising Group A fixture, Jurgen Klopp’s men have won back-to-back Champions League games, including a 2-0 beating of Rangers last week. That triumph forms part of Liverpool’s mixed overall European record against Scottish adversaries (W3, D2, L2). But there’s a reason for optimism during these tumultuous times for Liverpool, considering they’ve scored in 19 of their last 20 Champions League group stage contests, including the last 11 on the trot. 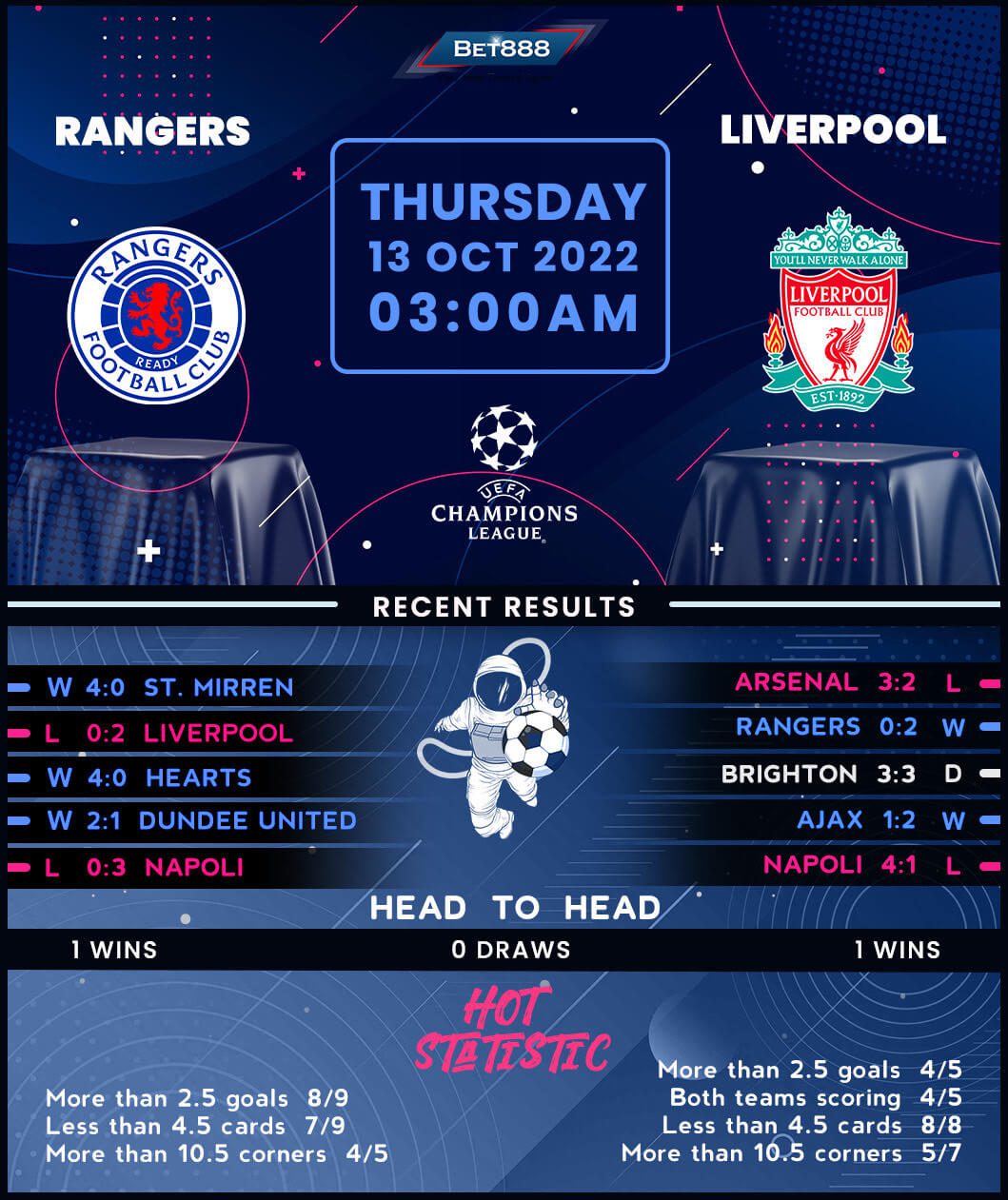