Estadio Juan Domingo Perón is the venue, as Racing Club and Sao Paulo go head-to-head in the return leg of their Copa Libertadores qualifying tie following a 1-1 first-leg stalemate.

Since hammering Rentistas 3-0 at home in a Copa Libertadores fixture back in late May, Racing have gone winless in their subsequent four competitive games (D3, L1 – 90 mins only), drawing a blank on three occasions in the process. Against this form backdrop, ‘La Academia’ have been a force to be reckoned with at home lately, clocking up five victories in their last seven competitive games (D2) since a 4-2 defeat to domestic rivals Godoy Cruz in early April. Racing’s recent home success has been based on a rock-solid backline that has racked up four consecutive clean sheets on home turf. The Argentineans have been relentless at home in Copa Libertadores this calendar year, winning two of three such contests by an aggregate score of 5-1 (D1).

On the other hand, the visitors have experienced a slight dip in form heading into this clash, going from back-to-back victories to two straight games without winning (D1, L1). Low scoring has been a theme in Sao Paulo’s recent competitive matches, with each of the last four featuring under 2.5 total goals. Curiously, a 2-0 victory over domestic opposition Internacional in their most recent road trip brought Sao Paulo’s 11-game winless streak away from home to a halt (D7, L4), a run that saw them fail to get on the scoresheet six times. Encouragingly, though, the ‘Tricolor Paulista’ have avoided in all three away Copa Libertadores fixtures this calendar year (W1, D2), keeping a clean sheet twice in that span. 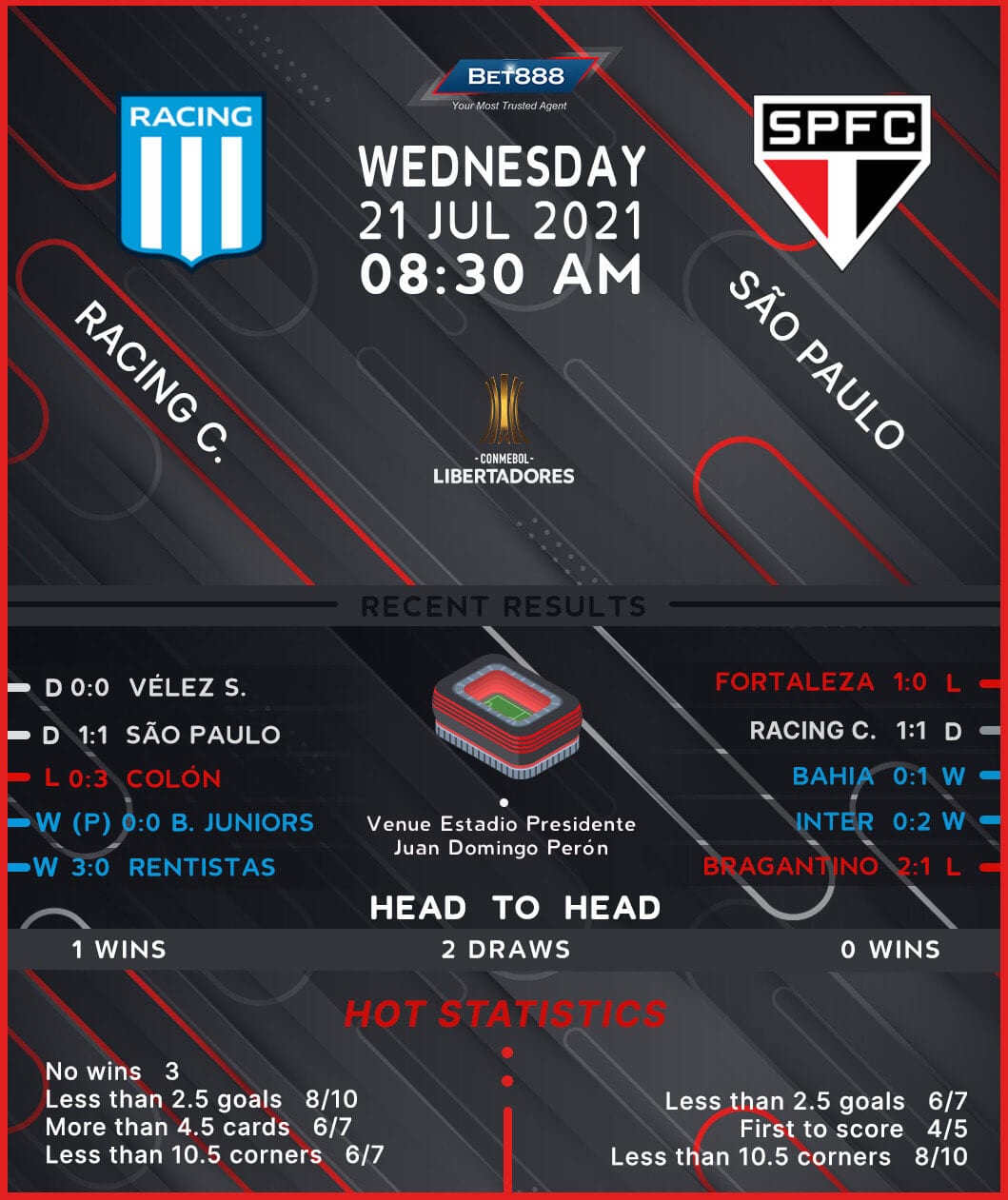