The Q2 Stadium in Texas will host an exciting 2021 CONCACAF Gold Cup semi-final showdown between Qatar and the United States.

Qatar’s inaugural Gold Cup adventure began with a thrilling 3-3 draw with Panama in their tournament curtain-raiser. However, the World Cup hosts have since gone from strength to strength, putting together three consecutive Gold Cup victories, including a tight 3-2 triumph over El Salvador in the quarter-finals. Félix Sánchez’s men have been in a free-scoring form at the Gold Cup so far, netting 12 goals across four matches to take their average to 2.25 strikes per game across an impressive 12-match unbeaten streak in all competitions, friendlies included (W10, D2). But they have blown hot and cold defensively, keeping two clean sheets in four Gold Cup fixtures while conceding 2+ goals in the other two. Qatar will enter the match as underdogs for the first time in the competition as they take on six-time champions on their own soil.

Matthew Hoppe’s 83rd-minute strike propelled the United States past Jamaica in the quarter-finals, helping them maintain a 100% record at the tournament so far (W4). A victory in their first-ever international encounter against Qatar would see the ‘Stars and Stripes’ reach the Gold Cup final for the eighth time in nine attempts, a run they embarked on back in 2005. Since taking charge of the national team in December 2018, Gregg Berhalter has managed an intimidating 90% win rate across his ten Gold Cup games in the dugout (W9, L1). Berhalter’s impressive managerial record with the USA rests on a rock-solid backline that conceded an average of just 0.3 goals per Gold Cup fixture during that ten-game sequence. The ‘USMNT’ must be brimming with confidence as they take the field on the back of seven consecutive international triumphs, five of which came ‘to nil.’ 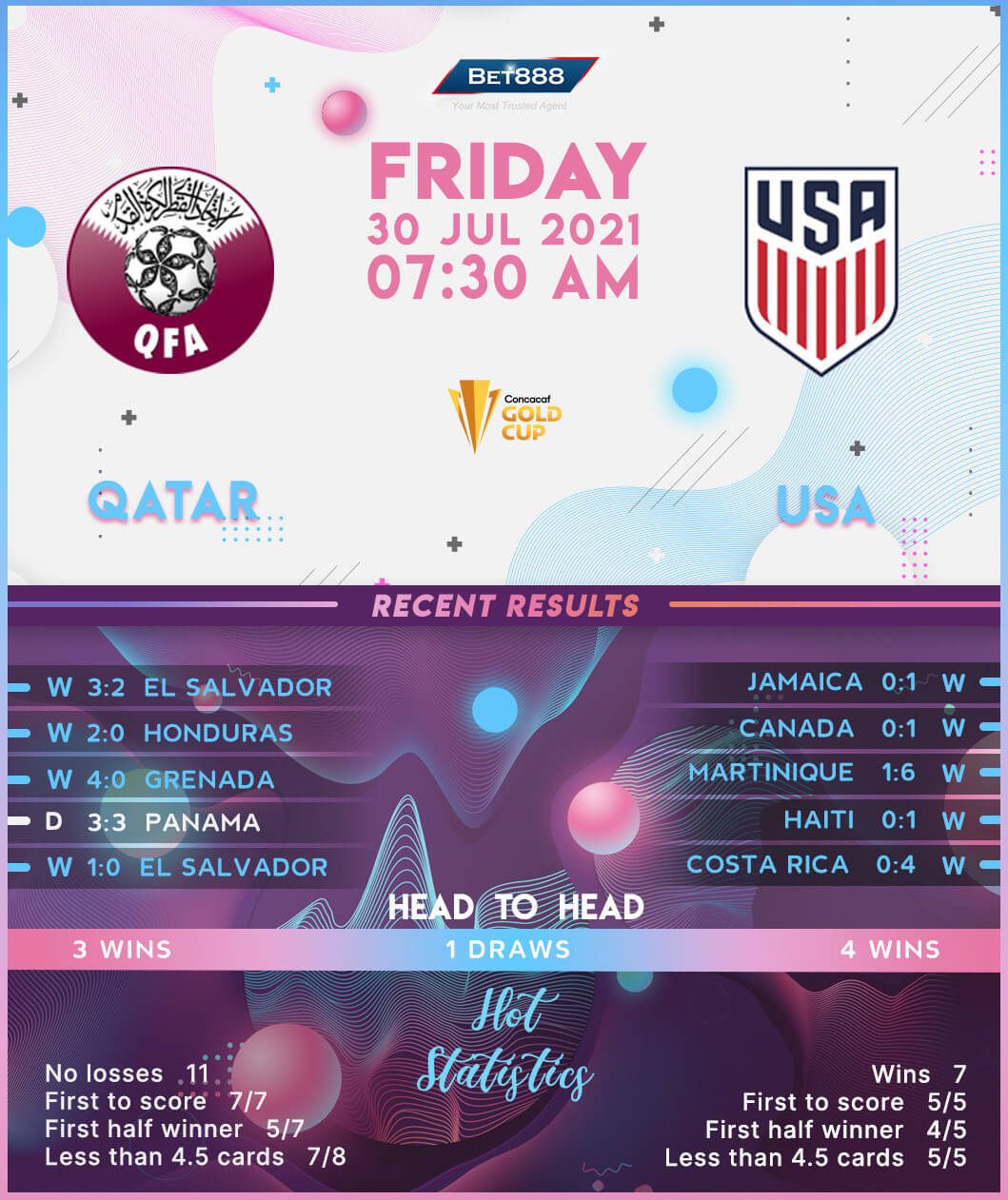