Philips Stadion is the venue as PSV and Galatasaray go head-to-head in the first leg of their mouth-watering UEFA Champions League qualifying tie.

PSV earned their place in the Champions League qualifying following a runner-up finish in the Eredivisie last season, completing the 2020/21 campaign with an imperious seven-game unbeaten streak (W5, D2). The ‘Peasants’ have moved on to amass three wins from four off-season fixtures (D1), keeping a clean sheet in the last two. Additionally, Roger Schmidt’s men are undefeated in ten competitive home games on the trot (W7, D3), with 71.43% of their wins in that period arriving by at least a two-goal margin. Though they are only modest favorites to claim an all-important triumph here, PSV can draw inspiration from winning each of their previous three competitive home H2Hs against Galatasaray, prevailing by over 1.5 goals in each contest. High scoring could be a theme here, considering both of PSV’s last two competitive matches at the Phillips Stadio have featured 4+ goals and both teams scoring.

Meanwhile, the visitors have got to play just two warm-up matches ahead of this trip, winning both despite failing to keep a clean sheet. Even though they are slightly out of competitive form, the Turkish juggernauts can rely on an impressive nine-game unbeaten streak in all competitions towards the end of last season (W7, D2). What’s more, Fatih Terim’s men have clocked up a four-match winning run away from home since succumbing to a dismal 3-0 road defeat to domestic rivals Hatayspor in early April. There’s been plenty of action in Galatasaray’s recent games on the road, with five of their last seven travels producing over 2.5 goals. Curiously, Galatasaray have never drawn a European fixture against Dutch opposition, though their H2H record in such contest somewhat favors their adversaries (GP6 – W2, L4). 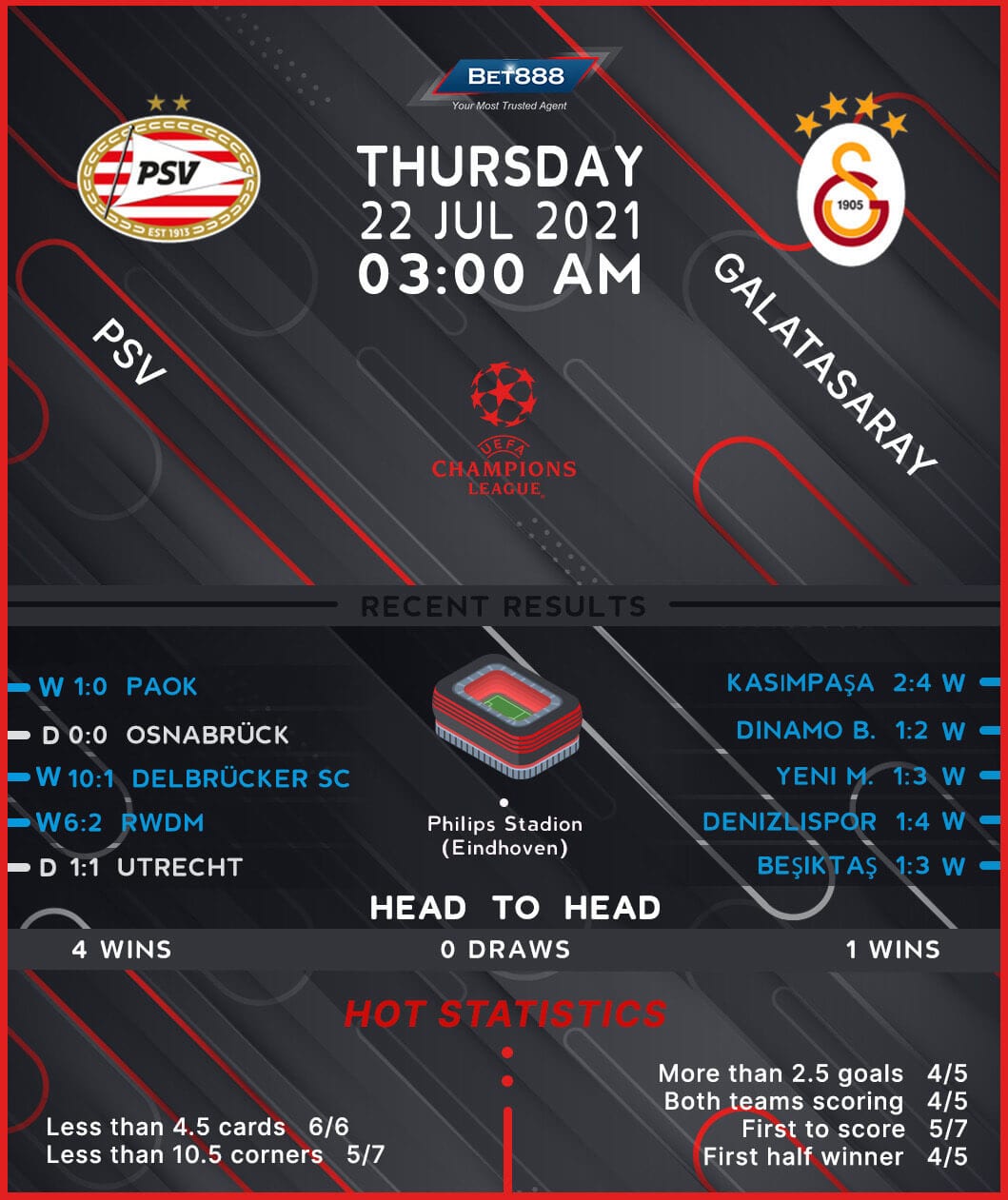