Consistency has been a major issue for PSIS Semarang of late, with none of their last six league games yielding an identical outcome twice in a row (W2, D1, L3). Indeed, since a goalless draw at Persis Solo in early September, they’ve alternated between victories (2) and defeats (2) across their last four Liga 1 outings, with three of those matches seeing the winner score 3+ goals. Another enthralling, low-scoring contest is well on the cards, considering the last four top-flight encounters between PSIS and Persija have seen over 2.5 goals and both teams on the scoresheet, with three of them yielding the same 2-1 scoreline (W1, D1, L2). Despite finding themselves on the wrong side of a 4-2 score in their most recent home league fixture against Borneo, the ‘Warak Dragons’ can draw confidence from winning their three previous home league matches beforehand.

PSIS Semarang’s decent home form faces a stern test, considering the visitors have won each of their last three away league games without conceding. Those triumphs form part of Persija Jakarta’s five-match unbeaten away run in Liga 1 (W3, D2), solidifying their bid to record a third win in only their fourth top-flight visit to PSIS (L1). However, the ‘Kemayoran Tigers’ have drawn twice in their last three league outings (W1), casting doubt on their title hopes. Still only three points behind pacesetters PSM Makassar, Thomas Doil’s lads are in the title picture, mainly thanks to a water-tight backline that has conceded a league-low six goals this season. 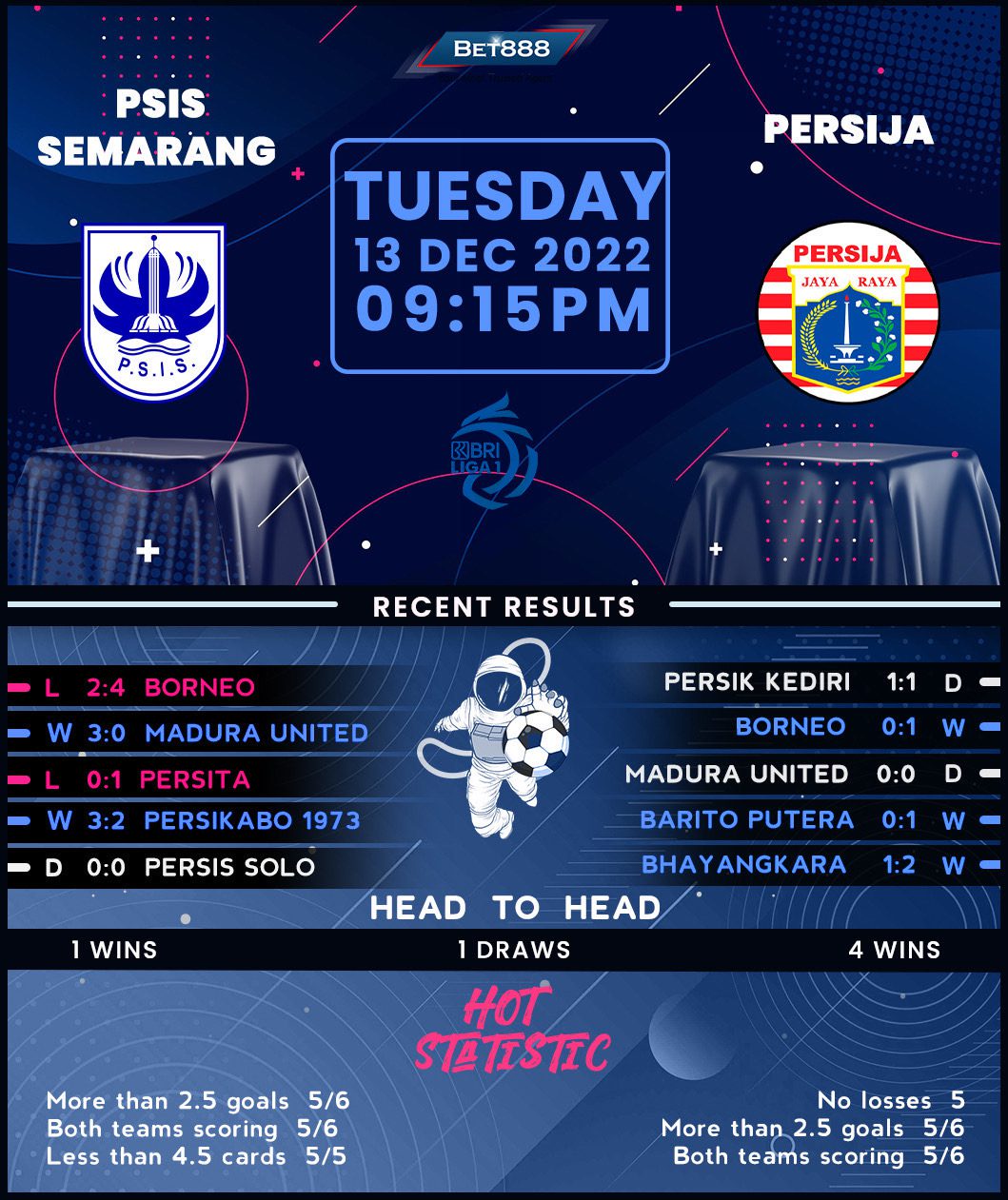