After back-to-back wins ‘to nil’ over Persija Jakarta and PSS Sleman, PSIS Semarang fell to a somewhat expected 2-0 defeat at PSM Makassar last time out, maintaining their topsy-turvy Liga 1 form. Since a tepid goalless draw with Persis Solo in early September, none of Semarang’s seven subsequent league matches have ended level (W4, D3), with five of them (71%) seeing the winner keep a clean sheet. Much more consistent at Stadion dr. H. Moch.Soebroto, the ‘Warak Dragons’ have racked up four victories across their last five top-flight home fixtures (L1), netting 2+ goals in each triumph. Against this high-scoring backdrop, the hosts have failed to score twice across their three previous home league H2Hs against Bali (W1, D1, L1).

Meanwhile, visiting Bali United have suffered a dip in form ahead of this trip, going from three consecutive league victories to back-to-back losses despite taking the lead early in the second half on both occasions. Playing on hostile turf may help the visitors turn their fortunes around, given that they’ve won four of their last five away league fixtures (L1), including two in a row preceding this travel. Conceding the opening goal could throw a spanner in the works as the ‘Tridatu Warriors’ have lost four out of five Liga 1 contests in which their opposition drew first blood this season (W1). Adding to this sentiment, Bali’s five previous top-flight H2Hs against Semarang have all featured one or both sides failing to score in matches garnering under 2.5 total goals. 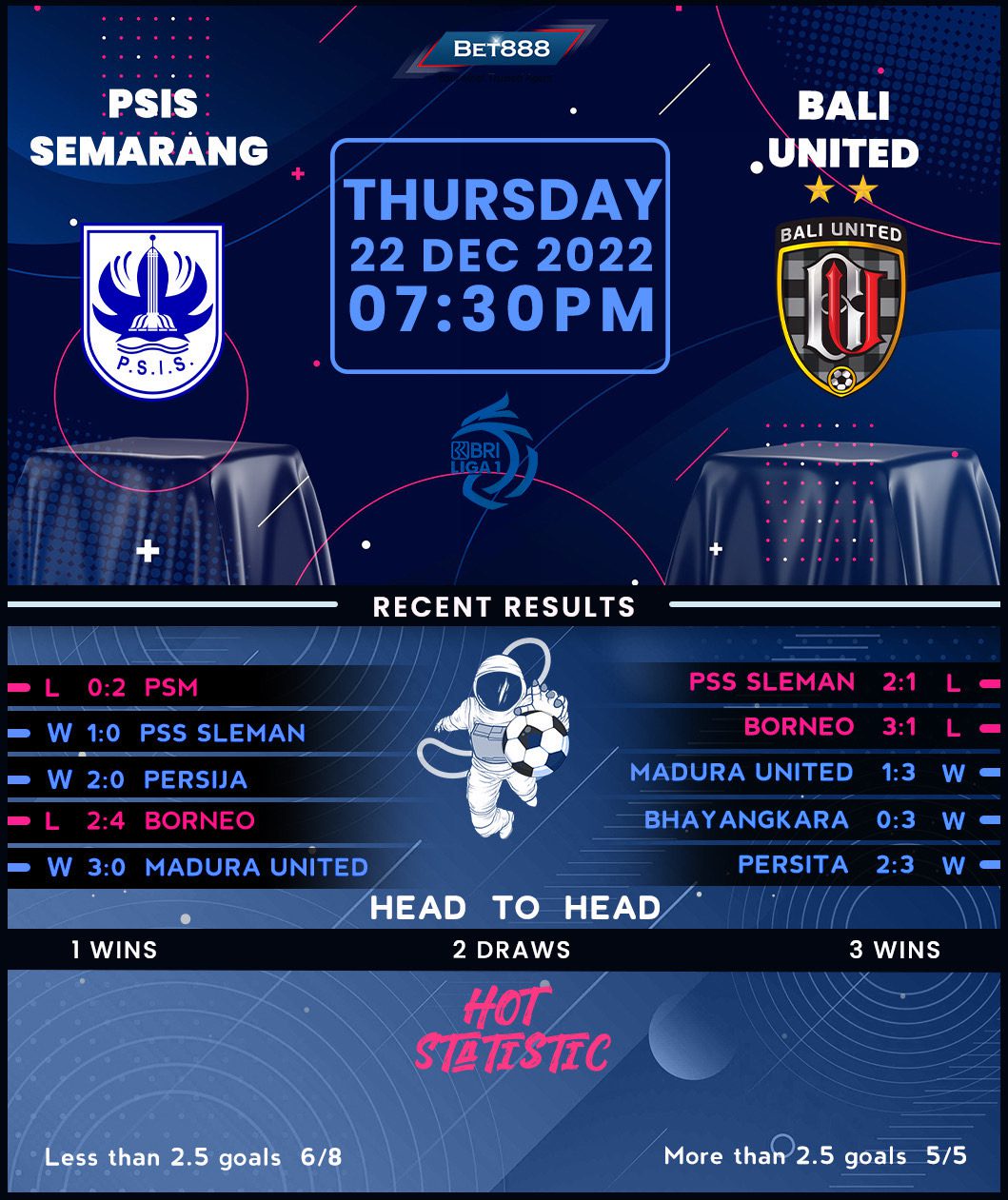