Paris Saint-Germain’s bid to become the most successful club in French football’s history continues at the Parc des Princes to mid-table Troyes.

PSG brushed Maccabi Haifa aside with a scintillating 7-2 Champions League win in midweek to cement their place in the competition’s knockouts and maintain their 100% Ligue 1 start under new manager Christophe Galtier (W10, D2). Last weekend’s eye-catching 3-0 win at newly-promoted Ajaccio contributed to PSG’s best defensive 12-game start to a top-flight season since 1996/97, with the defending champions conceding only five goals thus far. Equally impressive at the other end of the pitch, Lionel Messi & Co have netted a league-high 32 goals this term, averaging 2.66 goals per match. Yet it’s worth noting that Galtier’s men have won three of their last four home league outings via an identical score of 1-0.

Meanwhile, visiting Troyes were pegged back twice in a goal-friendly 2-2 draw home draw with Lorient last weekend, extending their winless Ligue 1 streak to four games (D3, L1). The visitors’ underwhelming spell of form is likely to go on in Paris, where ‘Le ESTAC’ have been winless in their last ten top-flight matches against PSG (D2, L8). On the bright side, Bruno Irles’ men have racked up four victories across 16 league travels since the turn of 2022 (D3, L9), already equalling their highest tally in a single calendar year in Ligue 1. Staying compact at the back will be of paramount importance to Troyes’ effort to stage an upset, yet with zero clean sheets from their last 15 league H2Hs against PSG, that’s unlikely to happen. 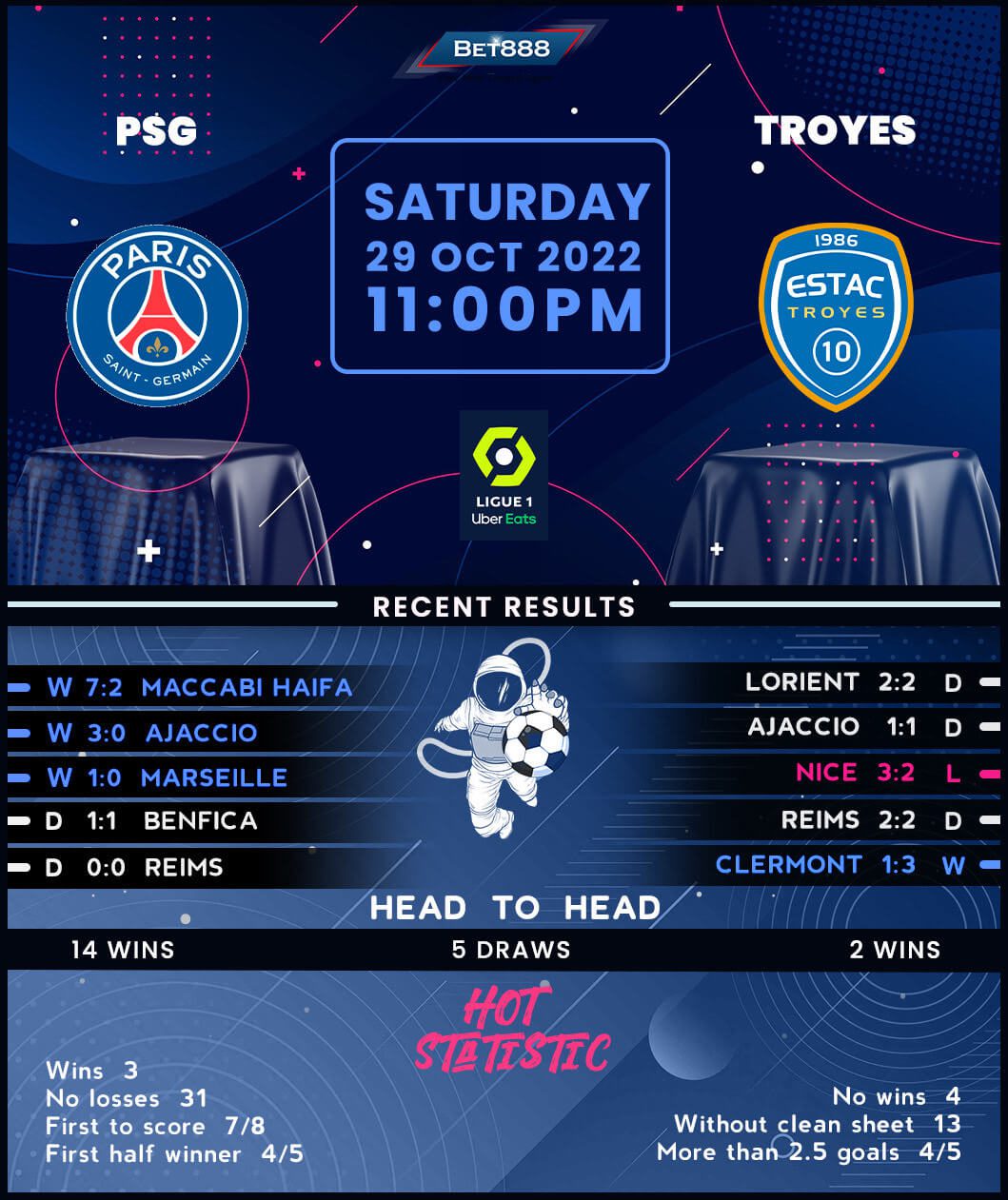